Before the current crippling strike, Karnataka had broken the stranglehold of its notorious transport unions 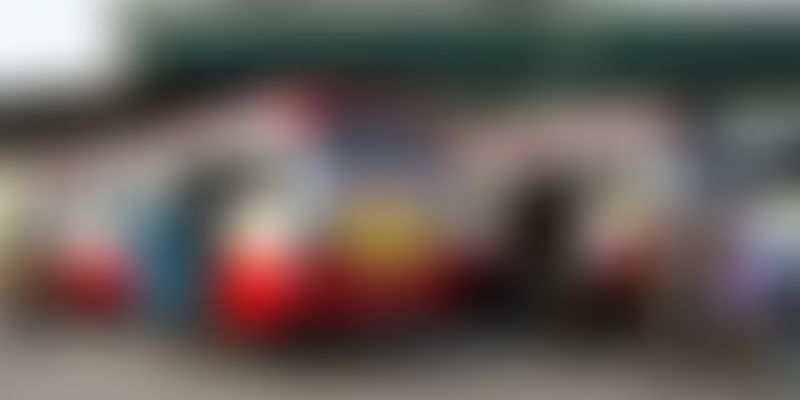 No one really remembers the last time Karnataka’s State transport undertaking went on strike. That was nearly 15 years ago. Of course, buses went off the roads during bandhs called by political parties or when violence broke out, but never has its own union called for a strike in the recent past.

But this time, when the unions heading the four State-run transport corporations called for an indefinite strike over a pay hike, it unnerved the government so much that it declared a two-day holiday for educational institutions and government offices on July 25 and 26.

It is the first time in 15 years that the unions have called for a strike and the government has taken such an extreme step. The workers were to strike work from July 25, but their plan has already started taking effect a day earlier and left Sunday commuters in the lurch after talks failed between the government and the unions failed in the afternoon.

The only response to the 35-percent hike that the unions have been long demanding is the State government’s offer of meeting a 10 percent hike. The Congress government’s refusal emboldened the drivers and conductors to abandon the buses and go home.

The State government’s current response has made the unions stronger – which was not the case in the last 15 years. The KSRTC, which was divided into four corporations in 1997-98, had one of the strongest unions under Anantha Subba Rao, an All India Trade Union activist who used to bring the government to its knees frequently and strike work on the flimsiest of grounds.

Rao, a seasoned union leader shot to fame in the early nineties when he started controlling the Bangalore Transport Service which was part of KSRTC. For many years his word was the rule of law till the government decided to break the back of the unruly unions by dividing the corporation into four.

It was only after that the unions cooled down and the management could take some sensible decisions, and KSRTC became one of the most advanced and profit-making public sector State transport undertakings in the country. With the winds of change came modern depots, state-of-the-art buses, better branding, technology to manage rosters, on-time performance, improved mileage and even savings on fuel, spares and compensation payouts due to fewer accidents.

The drivers and conductors too were better trained and recruitment was achieved with zero political interference, with the introduction of computerised recruitment processes. In fact, the education bar was raised and the corporation’s drivers have to compulsorily have passed matriculation and conductors should have cleared pre-university. Such education parameters also helped with the more educated lot keeping away from unionism and hooliganism.

Over the years, the finances of the corporation too improved with better management of the pass systems – for students, monthly commuters and introduction of daily passes, recalls Pradeep Singh Kharola, the current Head of Namma Metro, who brought in much-needed change as BMTC's Managing Director.

Bengaluru also introduced air-conditioned Volvo buses for its city services, another first in India. Of course, all this would not have been possible without the support and vision of the then Transport Minister PGR Sindhia who is remembered even today for the excellent turnaround achieved by the corporations.

BMTC was rewarded for its performance by the UPA government, which sanctioned one of the highest number of buses under the Jawaharlal Nehru National Urban Renewal Mission scheme which was based on targets, achievements and milestones.

This is the first time in many years that the unions have once again brought the government to its knees. This is because flush with success and awards, successive governments have forgotten to keep the crew happy.

"In the last five-six years, there have been no hikes at all. The cost of living is increasing by the day and we are paid as low as Rs 8,000 per month to drive buses on a fixed contract for three years before being inducted. In this period there are various conditions which are anti-labour and increases our frustration,’’ contends Srinivas D, a 32-year-old driver with BMTC who is awaiting a permanent job.

Once inducted, his salary will rise to Rs 12,000 with some benefits.

Transport Minister Ramalinga Reddy has made it clear that only a hike of 10 percent would be acceptable to the government. The unions are willing to come down to 25 per cent, but there is still a wide gap to enable any handshake.

Chief Minister Siddaramaiah has responded by trying to take the unions head on by outrightly rejecting its claims. Instead of meeting them halfway, his government chose to declare a two-day holiday for educational institutions and government offices and, at the same time, assuring the public that 80,000 cabs and tempo travellers would be pressed into service,as a display of it not cowing so easily to the unions' demand.

But it has been a setback for students, as annual examinations had to be postponed in several universities across Karnataka and there will certainly be a loss of further man hours in what is perceived as a non-responsive government.

In Bengaluru, the government has also decided to increase the frequency of the metro rail, which is carrying close to 1.5 lakh passengers a day, compared to the BMTC, which carries 50 lakh commuters a day. The government has also put the police and reserve police on alert, lest some disgruntled elements stone or burn buses.

Who will blink first is a choice that clearly lies with the government.