How Delhi-based Turannt intends to capture the Indian logistics market 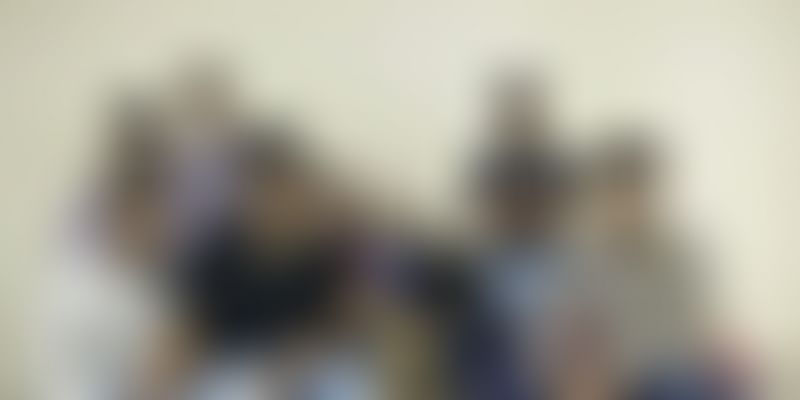 With the growing world of on-demand and e-commerce, logistics has become the key, ensuring quick deliveries and a smooth operational flow. Over the past year, several startups have ventured into the space and transformed an otherwise unorganised segment with technology. According to YourStory Research data, in 2015 alone, the amount of funding pumped into logistics startups was believed to be $617.7 million.

Three broad categories have emerged in the growing logistics market - inter-city, intra-city and hyperlocal. Delhi-based Turannt, previously known as Turant Delivery, was founded in April 2015 and is among the startups with inter and intra-city plays.

Aggregating the team and idea

The three co-founders Ankur Majumder, Siddharth Arora and Satish Gupta were batchmates at ISB. Ankur had experience in capital markets with UBS AG and Yes Bank, Siddharth had worked in various IT and Product Manager Roles with AMEX and Snapdeal, while Satish had work experience in P&L and in operations management with Baker Hughes and Halliburton as Country Manager.

The trio got into a discussion on how the e-commerce sector was growing and booming in the India. They realised that while the on-demand market was growing, the truck industry wouldn’t be able to match that growth and demand without the right technology in place. This was an opportunity to take advantage of, and thus Turannt came into being as a one-stop logistics solution provider.

The intra and inter-city play

It was after stabilising their intra-city operations that Turannt ventured into inter-city logistics at the beginning of this year.

Ankur adds that like every other player who was present in the market, the team initially focussed on the intra-city play, but with time and traction, they realised that the real problem that needed to be solved was on a B2B level, where logistics play needed more structuring and streamlining.

The team also realised that in the intra-city space, the existing competition was already quite strong. Each customer would closely compare the new player with the old ones before making any change in their current choices.

“We started off with a vision to solve a problem that the unorganised logistics sector faces, streamline the same and make it accessible and hassle free, with the use of technology,” says Ankur.

The supply and demand chains both had loopholes and were not mutually complementary in the logistics sector. The team decided to closely monitor and study the target market and customer and vendor pain-points, and the solution was shaped based on these.

Turannt first started in Mumbai and Delhi. While they found both these cities competitive, it became apparent that each had its challenges.

In Mumbai, for instance, the unions would play an important role, making it difficult to onboard wary vendors. But when they found that instead of taking away orders from the unions, Turrant was working with them to complete orders and re-organising the demand in a way that would prove to be beneficial to them, onboarding the vendors became easier.

“In Delhi, on the other hand, due to permit windows for commercial vehicles in certain sectors, our hyperlocal model came into play, ensuring a good conversion rate,” says Ankur.

Following a hyperlocal model, Turannt partners with local vendors, thus helping clients get a logistics service close to them. This, Ankur adds, helps them lower costs, maximise inventory utilisation, lower fuel costs for vendors and reduces pricing for the clients.

Turannt has a pre-fixed pricing model, the clients in turn get complete visibility from the placing of the order to dispatch and delivery. “As this price is fixed, the price becomes independent of the route the driver takes or the time that is consumed during the execution of the order,” says Ankur.

Once an order is received from a client, the same is forwarded to the vendor closest to the pickup location.

A mobile app allows customers to place, track and manage orders with ease. Corporate clients get customised services and based on their requirements, the most cost effective and time-saving plans are developed.

All orders get updated on the Turannt Admin real time, which helps the Turannt team monitor operations remotely at all times. All the platforms and applications ensure complete records of order history for both customers and drivers, which further helps in detailed invoicing and digital PODs, and creates a hassle free experience overall for every party involved.

After bootstrapping for nine months, Turannt closed a round of seed funding this year, from Rupinder Singh Arora, an entrepreneur with 40 years of experience and MD at Par Solar Ltd and Arora Fibres, Hari Balasubramanian, a startup enthusiast, Rajan Manchandana, founder of PAFEX, which was sold to Fedex. The team is looking for their next round of funding.

The logistics space is fast growing in India. ‘Logistics Market India 2015-2020’, a report by Novonous, suggests that the logistics market is close to $300 billion and is poised to grow at a CAGR of 12.7 percent by 2020.

In the intra-city logistics space, the other major players are TruckSumo, Blowhorn, which raised seed funding from Unitus, Shipr and TheKarrier that raised Rs 1.5 crores from Sol Primero in May 2015 among others. In the intercity logistics space is Blackbuck that raised $25 million in Series B funding from marquee investors like Accel Partners, Flipkart, Tiger Global, Apolette, and Yuri Milner’s Founder’s Fund – DST Global.

Eyeing the $300 billion market are also giants like Mahindra and Mahindra, which launched SmartShift and other players like Rivigo.

Apart from foraying into different metros like Bengaluru and Kolkata, Turannt has also entered Tier II cities like Ratnagiri, Surat and Bikaner. Starting out from a team of three along with two customer care executives, today Turannt has over 30 members.

The team claims that from August last year, when they made a turnover of Rs 4 lakh with over 30 intra-city transactions per day, they have grown to the point where, today, they make a turnover of over Rs 1 crore a month. They say that they are on track to their projected revenue of Rs 20 crores for this year, which they expect to achieve through their inter-city operations, which are beginning to pick up. Turannt has partnered with the likes of Furlenco, Chaayos and also work with Jaycee, Godrej, Aditya Birla Retail Group, Vijay Sales and Snehanjali.

“We have ambitious plans for the inter-city operations, and are looking at a 5x growth touching close to Rs.100 crores. We have a unique advantage of both intra and inter-city operations, realising the synergies across both verticals. This synergy helped us immensely in our bottom-line growth in an environment where the focus has been only on the top-line,” says Ankur.

The venture is currently at 40 percent month on month growth and the team is looking at 50 per cent MOM CAGR in the next three months. The team is also looking to raise funding and carry out aggressive marketing plans.