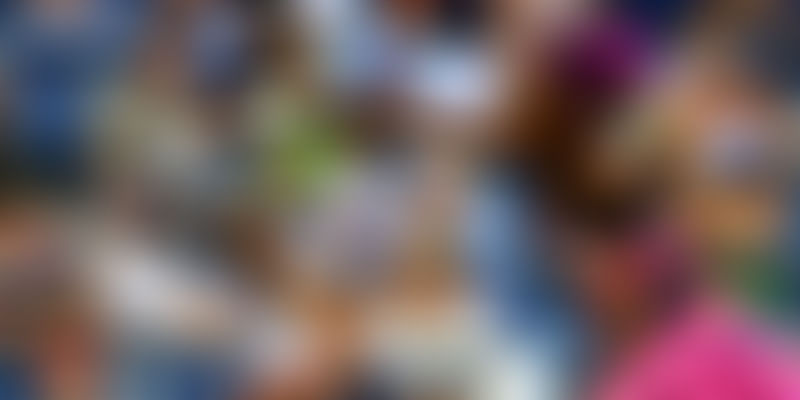 Earlier this month, Serena Williams and Andy Murray emerged winners of one of the most prestigious tennis tournaments of the year- Wimbledon. Not only did they follow tradition and bite their intricately engraved, gold and silver trophies, they each held a cheque with an equal amount, to the decimal – of €2 million. While it may sound like a given that the winners of one of tennis world’s most prestigious tournaments be rewarded equally, it was only in 2007 that men and women won equal prize money, since women first competed on the in 1880.

This inequality in pay was first addressed by six-time-Wimbledon Champion, and tennis legend Billie Jean King, way back in 1968, 30 years before Venus Williams took up the cause. The day ‘Rod Laver got a cheque for £2,000, and I (King) got one for £750,’ was the day King started one of her most important off-court rallies.

And fight, she did. Her command off the court, coupled with her chutzpah led the US Open to draw equal prize cheques for their winners in 1973, but the other three Grand Slams were slow to follow suit. Howard Bryant, senior writer at ESPN mused on the happenings, “We need someone with that strong a personality and voice (as King) to cradle this cause further. Who’s going to be the one?”

1998: The Chosen One – “She battles the greatest champions on the court, and politics and patriarchy off the court”

Some decades later, an unlikely, underdog teenager made it to the centre court. Tall, at 6’1”; straight from “The Hood”; and freakishly strong – she was made to feel out of place by her peers and audiences from the moment she set foot on the court of the sport meant for “meek, well-behaved ladies”.

This was not helped by the fact that she was an introvert, who chose to talk only to her mother and sister in the locker room. Her road to being a legend was littered with two-fold discrimination – for being a woman, and for being African-American. Her beaded locks were called a distraction, and her introversion an attitude problem. She broke down on the court during matches, like the one with her arch-rival Lindsay Davenport, with whom she shares a rivalry that is the stuff of Mexican standoffs. But she wiped her tears and kept on going – battling sexism and racism to win her first Wimbledon in 2000.

But her victory was bittersweet because the recognition she had worked towards with her blood and sweat was considered unworthy of a prize as generous a male player. While Pete Sampras’ hard-earned win earned him

nbsp;7,71,ooo, hers was awarded with $6,94,000. According to ESPNW, Williams had already made her displeasure known over the Grand Slam events’ refusal to award equal prize money to men and women back in 1998. At the time, she didn’t even have a win in her kitty, to validate her having an opinion in the matter.

Chris Gorringe, the club secretary at the All England Lawn Tennis and Croquet Club (AELTC), where the Wimbledon tournament is played, infamously said this on BBC National Radio in 1999. Richard Krajicek, a fellow player at the time, didn’t mince his words either, while expressing his distaste over the rebelling girls- “They’re complaining all the time that they are not getting equal prize money. They should be happy with what they get.”

2002- 2005: “Imagine you’re a little girl,” Venus asked the decision-makers to walk with her through her journey:

Worldwide standing ovations, yet shortchanged in full international view. “I don’t like this, I don’t think it’s fair, tennis is a premiere sport for women and we must set an example,” Serena told Ava DuVernay in her documentary Venus Vs.

At this point, Venus, the highest-paid female athlete in the world, was willing to put her reputation and public image at stake to play the agitator and step it up for equal pay.

In 2005, WTA president Larry Scott sensed her discontent and invited her to a policy meeting of all four Grand Slams, just a day before a crucial match – the Wimbledon finals. She not only showed up, but also moved an initially sceptical audience to tears.

“Close your eyes,” she told them.

“Imagine you’re a little girl,” said Venus. “You’re growing up. You practice as hard as you can, with girls, with boys. You have a dream. You fight, you work, you sacrifice to get to this stage. You work as hard as anyone you know. And then you get to this stage, and you’re told you’re not the same as a boy. Almost as good, but not quite the same. Think how devastating and demoralising that could be.”

The speech made ripples, but only on the surface. Only days after, Roger Federer took home$1.13 million, and Venus $1.08 million. Several months after that emotional speech, they did agree to reduce the gap further, but did not take it all the way. A minute discrepancy remained. It was now, very clearly, not a matter of the money, or budgetary constraints for the authorities, but a matter of principle. Why was this air bubble still kept in the way, what point was it trying to make?

Tim Phillips, chairman of the AELTC, attempted to justify the discrepancy saying that the women’s edition of the sport wasn’t as gruelling, saying the ‘men play longer, women are not total athletes the way men are, women’s tickets are lower priced, and TV ratings for men’s matches are higher.’

He added, that this gap wasn’t “an equal rights issue,” it was a calculated move, because “the top 10 ladies the previous year earned more from Wimbledon than the top 10 men did”, but by also playing in the doubles tournament.

Venus powered through this bias, her larger-than-life campaign and power game silencing sceptics of women’s “stamina” and athleticism. The on-court tension of her bitter-sweet rivalry with another veteran player stopped strawberry-and-cream-topped-spoons in mid-air for long spells. The tickets to women’s matches had been priced lower by Wimbledon authorities themselves decades ago, and changing that would have only proved that crowds would pay an equal amount to watch the women in action. As for the last argument about TV ratings, that too was demolished.

Larry Scott resurfaced, and in a heart-to-heart with Venus, asked her if she was serious enough about this issue to spearhead the movement aggressively. She was said she was willing to fight it out to the championship point.

“How could it be that Wimbledon finds itself on the wrong side of history?” asked Venus

This one, all-encompassing question challenged the dogmatic supremacy of the supposed ‘Wimbledon legacy’. In one of the highest-read London Times opinion pieces ever, she wrote, “I feel so strongly that Wimbledon’s stance devalues the principle of meritocracy and diminishes the years of hard work that women on the tour have put into becoming professional tennis players. The message I like to convey to women and girls across the globe is that there is no glass ceiling. But, my fear is that Wimbledon is loudly and clearly sending the opposite message. I intend to keep doing everything I can until Billie Jean’s original dream of equality is made real. It’s a shame that the name of the greatest tournament in tennis, an event that should be a positive symbol for the sport, is tarnished.”

She took up the defensive by as many notches as the difference in dollars. Collaborating with the UNESCO and the WTA, she ensured that a storm was kicked up on a global stage, until Labor Party MP Janet Anderson decided to raise the matter in Parliament.

“Thirty years on from the introduction of the Equal Pay Act by a Labour Government, the winner of the women’s singles at Wimbledon will receive £30,000 less in prize money than the winner of the men’s singles,” she challenged then Prime Minister Tony Blair. He then officially endorsed her efforts and paved the way to equality in the only Grand Slam that had held on to archaic pay scales.

In 2007, Williams’ efforts paid off. Phillips relented, “This year, taking into account both the overall progression, and the fact that broader social factors are also relevant to the decision, they [the Committee] have decided that the time is right to bring this subject to a logical conclusion and eliminate the difference.”

When Venus heard, she historically said the words, “The greatest tennis tournament in the world has reached an even greater height today. I applaud today’s decision by Wimbledon, which recognises the value of women’s tennis.”

And this story had an ending as poetic as it gets. In 2007, it was Venus who claimed that historic equal cheque, winning her fourth Wimbledon championship and sharing the glory equally with Roger Federer – in every sense.

Source of quotes: Ava DuVernay’s “Venus Vs” made for ESPN’s Nine For IX series.