No credit card? Bengaluru-based fintech startup ZestMoney has the answer 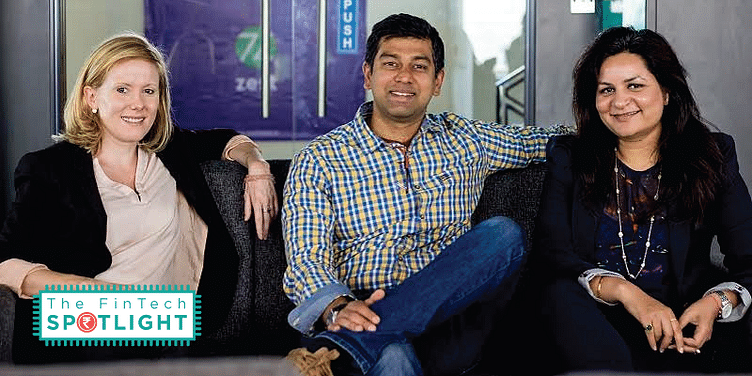 E-commerce might be the sector that has inspired the evolution of the highest number of startups in India in the past few years, especially in logistics and fintech. But further growth of this multi-billion dollar industry demands more advancement not just in technology but customer attitude too. Although internet penetration is rising, the Indian e-commerce customer is still indifferent to online payment.

But online commerce is growing every day. Despite the many challenges, Flipkart alone claims 75 million users. The industry average states that 75 percent of transactions are done via CoD, which means cost of logistics and returns are through the roof. After all, the average consumer is still cash-strapped. Finance companies and banks which offer gold and home loans are not going to lend money to an online buyer for buying a piece of furniture or jewellery.

But what if there were a way to buy highly priced items on EMI without credit cards? Just open an account, upload some essential documents, and make your purchases! This is the idea that brought Priya Sharma from Delhi, Lizzie Chapman from London, and Ashish Anantharaman from Mumbai together to Bengaluru. A year ago, they co-founded fintech startup ZestMoney, which gives instant EMIs to online customers, thereby enabling shoppers with no credit card history to shop as much as they want.

The three co-founders were colleagues at a UK-based finance company called Wonga, where Lizzie was India country head based out of Mumbai, Ashish was head of software development, and Priya was head of corporate development in London. Having noticed friction in online transactions in India due to lack of instant credit, the three came together to solve it through their own venture.

Lizzie says, “RBI data says there are no less than 23 million credit cards issued in India. But the number of credit card holders in India would not be more than 10 million, because most of those who can get a credit card tend to own more than one (from different banks).” That’s a miniscule number in a population of 1.3 billion.

The rest of the population is the target for ZestMoney, which is essentially a consumer finance technology platform that enables online shoppers to create a virtual EMI in real-time at e-commerce portals. With data gathered from sources like credit information bureaus, ZestMoney conducts back checks before a loan is disbursed by the bank or NBFC. Since repayment of a ZestMoney EMI does not depend on credit cards, more customers can shop online.

For large ticket items, customers often switch between offline and online modes. They always have options for credit, especially offline. So credit cards and the likes of Bajaj Finserv are obvious competition for ZestMoney. (But online portals let you pay by EMI only if you are a credit card user.)

But Priya says that convenience is the most important factor customers consider while making decisions. She adds: “Banks ask for many documents which will take time, whereas in our case, you just need to upload documents like ID proof, bank statements etc. which are easily accessible. Salary slips are not needed.” She claims that it can be done in just two hours, whereas a credit card will take two weeks. Priya is 36 years old.

Having had about 15 years’ experience in the corporate world, Priya — who is an MBA graduate from London Business School and a B.Tech graduate from IIT-Varanasi — takes care of finance, while CEO Lizzie -now 35- is in charge of marketing and acquisitions. Ashish, 40, is the CTO. Their work experience in a corporate environment helps ZestMoney’s functioning.

Ashish says that since they are releasing a new product for each e-commerce company they need to move quickly, and hence managing the team optimally is significant. “In times of crisis, we know how to handle things. Corporate culture teaches you what you should focus on, including taking care of regulations,” he adds.

A cashless economy is the businessman’s dream and a wonder for the consumer. Priya believes that the future is bright for services like theirs because the RBI is one of the most progressive regulators in the world. “They know that technology is the key to financial inclusion,” Priya adds.

Players like ZestMoney and Bajaj Finserv help get rid of cash in the system. This will benefit the sellers too. Lizzie says, “Currently, reconciliation will take up to two weeks. But with us the sellers will get their money straightaway. E-commerce players will be happy because this means more GMV!”

Although their product targets consumers, a similar product targeting sellers is very much possible. It has been done around the world; Capital Float is an example.

As a tech company, ZestMoney does not need a licence. “We work on behalf of some underlying NBFCs which are legally lending to the customer. They effectively employ us to do the KYC and we rework the process with them. We design a KYC process that will fit in a digital economy, using what the government has already provided. We will do biometrics soon,” Lizzie adds.

Having been seed funded with about $2 million by Ribbit Capital (a US-based VC firm which invests in global fintech) and Mumbai-based Omidyar Network, ZestMoney is now a team of about 60. They are looking to raise funding now, in a climate which seems to be friendly to fintech startups.

In future, ZestMoney might go offline too. “We want to go where our customers go. We want to find out what they want and then serve it rather than try now and make a fresh customer base offline,” says Lizzie.

ZestMoney manages to attract curiosity right at the outset; a credit card holder provides his details including salary slip, permanent address, and PAN card, but ZestMoney takes no guarantee. These are all unsecured loans. “We trust the customer. About 10 percent of the time there is a liar, but 90 percent people pay you — on time. We genuinely make life easier for them; they don’t take advantage of us,” Lizzie smiles.