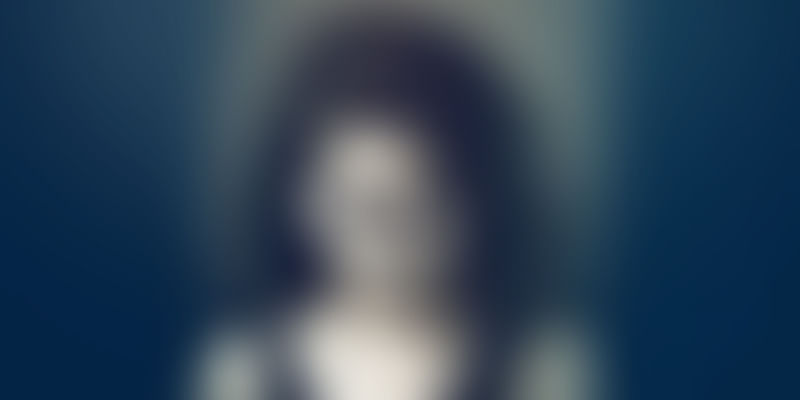 I have done everything to look younger and better. We don't have to look like our parents. It's evolution. It's medical progress.

Jackson began her adventure with plastic surgeries at the age of 33 after her father died and left her an inheritance. She doesn’t shy away from telling tabloids how she never really grew out her childhood obsession of wanting to look like a Barbie doll.

Cindy’s interest has allowed her to become a pioneering case study for plastic surgery. She also went on to write two best-selling books about her experiences, and her own skincare treatments. What’s more, she has also travelled the world as a singer.

But not everyone to go under the knife have been as lucky.

Another British woman, Joy Williams, checked into an oh-so-reasonable plastic surgery clinic in Bangkok to undergo what she had assumed to be a straightforward cosmetic operation, at a facility which had been widely used, and often praised, by other patients from overseas.

But nothing went according to plan. Her wounds became infected, and she died under anaesthetic even as the clinic frantically tried to correct what had gone wrong.

The clinic closed down and it turned out that the doctor was not licensed to carry out surgery.

While Cindy and Joy’s fate took different turns, what motivated them to go under the knife was more or less the same, low self-esteem.

The quest for perfection

Most of us are fed up with people who constantly point out for some odd feature. So, people generally go under the knife to attain greater acceptance in society and improve their self-esteem. Then, there is a subset of the population of whom even plastic surgeons are wary. These are the ones with unrealistic expectations. They often tell the plastic surgeon to make them resemble a particular film star.

says Dr Jas Kohli, a plastic and cosmetic surgeon who has used his status as an insider to write a no-holds barred account of the lives of plastic surgeons and their clients through his book Anything to Look Hot.

Don’t be fooled into thinking that this obsession to look a certain way is only restricted to the west. With the demand for surgery being 1:1 male to female, these procedures have shown 100 percent growth per year in India. The current size of the Indian beauty and cosmetic market stands at $950 million, growing at the rate of 15-20 percent.

There is an adage that no two humans are alike and the same holds true for their psychology. So someone may be comfortable with a broad nose while another may seek the help of a plastic surgeon.

While cities like Mumbai, Bengaluru, Delhi, and Hyderabad are the obvious hotspots, clinics are mushrooming in every nook and corner of the country. Most clinics promise quick results and 100 percent accuracy; however, you are only a surgery away from disaster if you you settle for something without proper research.

There is nothing wrong really with wanting to look perfect, but don’t do it blindly.

It is the job of the surgeon to counsel the patient regarding ill-effects that are mostly minor in nature. However, serious ill-effects may occur in situations where the surgeon doesn’t have the proper degree or expertise. The recent incidence in Chennai where a boy got a hair transplant at a salon which ended disastrously should serve as an eye-opener to everyone. Never choose a professional just on the basis of an ad or recommendation. Do your own research about the qualifications and reputation of the surgeon.

The salon industry is a Rs 25,000 crore market and if you look at it closely, nearly 60 percent of this space is unorganised and run by several mom-and-pop beauty parlours. In the wake of the sudden boom in the market, it is interesting to note how most of these conventional beauty salons and parlours have turned into centres to undergo most non-invasive cosmetology treatments.

It is more than just getting your hair straightened or a facial done. It’s about helping you cope with issues that bother you over a period of time like hair fall and weight gain. India is choc-a-bloc with beauty salons today; however, beauty services are only an entry point. Soon, there will will be more and more salons turning into clinics.

Cashing in on insecurity

While it is empowering to know you can correct something about your looks, those who frequent salons will agree how you are coaxed into going for an additional service, stating a minor bodily flaw as a reason. Think about all those times when you all had walked in for was to get your brows shaped and before you knew it, you were already in a dark room getting an expensive facial done on the insistence of your trusted beautician who was quick to point how your skin had ‘tanned’ or those awful dark circles around your eyes by saying ‘Madam, did you go on a trip? Why so dull?’

You would think that only women are subjected to all the scrutiny, but that is not true.

Every time I walk into a salon to cut my hair, I am told how there are so many blackheads on my face and unruly curls in my hair. I walk in happy, for my routine session of grooming but end up feeling disappointed every time someone points out something I never really cared to notice.

Most of us are like Sumit and are reminded how there is so much scope to look better with every advertisement, visit to a beauty salon/clinic or blog post by social media influencers. Scroll down your timeline and you will realise just how many products or treatments are being indirectly sold to you through glossy-looking pictures with mushy captions. They will tell you how to be #intrend with that sleek looking #manbun and get that #beardgame strong. For women, it could be the Kylie Jenner-inspired perfect pout aimed at pushing sales of her hugely popular lip kit. These trends will keep changing but how much can you and me adapt? How much is too much?

In-house doctors can help supervise what treatment a client is opting for. If he/she doesn’t require a procedure or is deemed unfit for a particular treatment, we will not go ahead with it. Hence, every time you visit a salon or a clinic, make sure you consult the in-house doctor before you can go in for any invasive or non invasive procedure.

It is alright if one undergoes a procedure for a problem that cries for attention. But what about obsession?

There is no dearth of examples where some people have become plastic surgery addicts and undergone multiple procedures. Paradoxically, such patients usually start looking odd and artificial and sometimes even make a mess of their faces. There is a well-known example of a Korean model who doesn’t even look human because she got multiple injections of silicon which led to adverse side-effects. During the plastic surgery training it is taught that one should choose the cases carefully. Therefore, patients who try to make the plastic surgery hospital their home are usually dissuaded from it.

The moral of the story, however, is not that one should refrain from plastic surgery, routine grooming, or trying to look the best version of ourselves. The chase to perfection can be fun but the closer to it you get, you will come to realise that the truth is beautifully ugly. The beauty business will thrive, more trends will come and some might be as ridiculous as ever and you will be at the receiving end, every single time. The point is to know where to stop and draw a line.