[Startup of the day] From starting up in a college dorm to Rs 1cr in revenues, how this engineer duo did it all 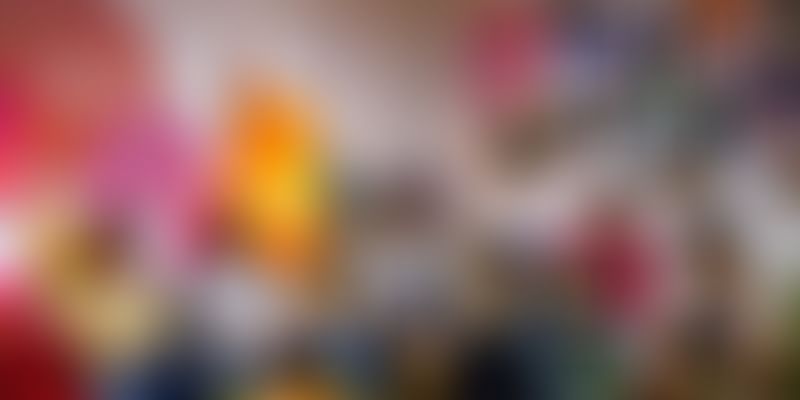 Imagine you have been working on a particular software for a while now and it shuts down after proper use. In most cases, it is frantic rush and search for the next available option. This is where Beebom comes into play. It is a consumer technology website that helps people in understanding and using technology in a better way.

The platform gives you all the information you need - from digital tips to resources on software, apps and gadgets. The main aim of the platform is to become the world's leading digital resources destination on the web.

“We take pride in the fact that the content provided on our website is 100 percent accurate, and of high quality; written by tech geeks from around the world. We make sure that we deliver value to our readers, and make their life easier,” says 25-year-old Devinder Maheshwari, an Electrical Engineer from Nirma University, Ahmedabad.

The platform works to provide high quality tutorials, guides and resources on various technologies used by end consumers. Devinder adds that there is a detailed testing and usage involved before writing about anything.

This, he says, happens as the team keeps themselves updated with the happenings in the technology world. “We don't believe in the frequency of content, but we believe in quality. Therefore, we keep ourselves restricted to two to three articles a day,” he adds.

The idea came to Devinder during his second year of engineering when he bought a laptop in January 2011. Devinder and his roommate Kapil Jindal would explore the net. During the course of conversation, Kapil asked Devinder what a blog was, and with a basic understanding of the same, Kapil ended up creating a blog on technology and its workings.

The duo knew they wanted to make it into a complete content website. However, they did not know anything about website building or content writing and marketing. It took them 68 days to learn the different nuances and get the site live.

“Our friends really liked it. It was received really well when we launched it. But it didn't scale the way we assumed it to be,” says Devinder.

However, they had a long way to go as the website was in its very basic format. For a year or so, the duo experimented with several things and finally were able to get the traction they were looking for.

By the end of 2013, when they were in their final year, they were able to sustain decent traffic and earn a decent amount of money.

The duo never thought of Beebom as a business. After graduating, Devinder went ahead to take a job in Chennai and Kapil got involved in another startup of his, which was later acquired by a firm in Ahmedabad.

Kapil was facing some troubles in his startup and Devinder wasn’t happy in his job. After a few months, the duo ended up having a conversation and decided to revive Beebom.

“We decided to get back where we started and do what we know best. So, in December, 2013 we met in Ahmedabad, and operated from there for about three to four months, and then shifted to Delhi,” says Devinder.

For a year, they worked on different consultancy projects, ran advertising campaigns and worked out of the commission to make enough money to help Beebom survive. They did it for about five to six months and hoped that traffic on Beebom would increase and soon the revenue as well, but nothing went according to the plan.

It was then the duo out of desperation decided to take a different route and work more on entertainment and listicle posts. Devinder describes it as their biggest mistakes as they completely shifted out of technology content. In December of 2014 when things went south, they realised that they needed to get back to basics.

By October 2015, we had a total team of 10 distributed and in-house employees who were working with Beebom on a regular basis.

"Now, we restrict ourselves to doing only high quality technology resources, made sure to put all our efforts in Beebom and do just as much of consultancy as it's required to survive,” says Devinder.

In May, they completely let go of the consultancy work because Beebom is now a self-sustaining entity, and with a good margin. The duo started with zero revenue. When they restarted in 2015, they had over 100,000 readers a month. And in January this year, the team claims to have touched 1.5 million readers with a revenue of Rs 1 crore.

Currently, they claim to have over two million readers and hope to touch three million by the end of the year.

The global market for digital content is expected to reach $500 billion by 2019 and is said to be growing at a CAGR of 13.93 percent. Also today, with the growing number of software and technology boom in the country, the number of platforms for explanations, reviews and information dissemination are fast increasing.

Some of the top websites globally known for their technology content and information include Wired, which provides in-depth coverage of trends in technology, news about new gadgets and it also has a web venture called web monkey that is specifically for web developers, designers and web masters. There also is Tech2, which reviews gadgets, Gizomodo, for gadget lovers and Digitaltrends.

Beebom generates revenue via display advertising, sponsored posts and affiliate commissions where they have partnered with Amazon, Viglink and software vendors like Adobe. So whenever a product that is referred by Beebom is sold, the team earns a commission. For software products it is between 20 to 50 percent, and for gadgets it is between 4 to 15 percent.

In the near future, the team is looking forward to working on introducing a deals section for their readers, where the latter can buy products at a lower price. The team intends to generate revenue from the same. They are also aggressively working on videos and building a stronger social media presence.