Top technology startups from Coimbatore to watch out for 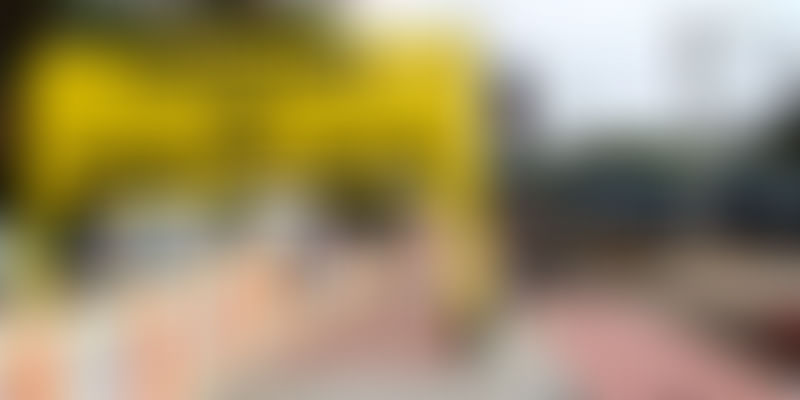 While Startup India Stand Up India is focusing on making India a powerful startup ecosystem, we still have a long way to go. This fact becomes very apparent when we move away from the big two entrepreneurial goldmines of the country– Bengaluru and Delhi-NCR, and the other metros, to Tier II and III cities.

Once the hub of entrepreneurs and the home of mills, Coimbatore today has accelerators, startups, mentors and a community that encourages entrepreneurship.

However, it still has a long way to go before it can even compare to the state capital, Chennai. As of now, one of the most notable startups of the region, and according to YourStory Research, the only startup to have raised external funding, is Amphere Vehicles.

The startup fraternity on the whole attracted funding amounting to $1.42 billion in the first quarter of 2016 and $870 million in the second quarter.

These startups are mainly from Bengaluru, Delhi, Pune, Mumbai and Hyderabad. And while there might be a dearth of external VC funding in Coimbatore, several of the startups from this town are not only building tech products, but also have their bases in western markets.

Some of them are:

Started by a second time entrepreneur and tech geek, Arivanza Technology has operations in Coimbatore and in Spain, together, in 2015. It is an edutech platform that allows anyone to generate, analyse and build courses online. The European operations are run by Co-founder Jose Brey.

Karikalan Kumaresan, the CTO, had started his journey as a developer in 1996, and then moved on to take on several technical roles in different organisations.

He had even moved to the UK and worked for Build Online, and set up their Indian operations. He soon came to Pune and set up his own venture Success Factory with a few colleagues from the UK.

After exiting the same, Karikalan set up another organisation, LinkedTeams India Software, in 2012. It was here that he got the idea that would create Arivanza from a client. The client asked Karikalan to conduct an induction course for all their employees across the globe in different languages.

During the process, the team got the idea of building a platform where a non-technical tutor could easily create a course online and publish the same, and teach the students as well. The teachers can even gather metrics out of that and improvise the course. It was then that Karikalan set up Arivanza with Jose.

Though Karikalan had set up his earlier ventures in Pune, Arivanza was set up in Coimbatore.

“We are in the education industry, and the access to resources is easier here. The education ecosystem here is strong and we have an edge setting up the unit here,” says Karikalan. In Spain, Arivanza technologies is a team of four, and the Coimbatore team comprises of four full-time employees and two freelancers. The platform works on a licensed-based SaaS-based product, and has tied up with Spanish health institutions and NGOs.

Looking at this skill gap, there are several platforms like Coursera, edX, and Udacity in the space of online learning.

There is also WAGmob, which focuses on sales force training; it was recently acquired by EduCast. Ronnie Screvwala and Mayank Kumar have started UpGrad, which focuses on skills training and follows a similar industry mentorship model.  Simplilearn is another competitor in this field.

A startup that is built on Augumented Reality, VRNext was started by Raju Kandasamy and Karthik Vishwanathan. The startup focuses on virtual reality product demos, interactive visual tours, interactive print, architectual visualisation, virtual showrooms and education. The team does all of this with the help of a holographic projector.

The clients are sold this holographic projector, which can be used for multiple purposes. Raju adds that they are targeting the advertising and marketing industry. Launched in February this year, the Holographic projector prototypes are currently being tested in the market.

Raju had the idea of building and setting up a company in the space of Virtual Reality, but was unaware of content. He nevertheless began working independently at Forge Accelerator.

It was there that he met Karthik, and the duo began working on the use cases of VR in different industries, and realised that it had the best use-case in marketing and advertising, as the retail stores have clutter and different brands, and it is becoming difficult for brands to truly connect with the customers. One of the closest to VRNext is Preksh, which is focused on augumented reality, but it is more in the online space.

Started in Bengaluru, the healthtech startup Healtho5, a platform that helps patients, doctors, hospitals and labs connect with one another, shifted base to Coimbatore. Started by Dr. Neelesh Bhandari, and techies Koushik Rajendran and Venky Vaddineni two and half years ago, Healtho5 shifted to Coimbatore as the founders felt that the cost of development and resources was much cheaper there.

The software technology team is based out of Coimbatore, and marketing and business development is in Bengaluru. Neelesh had built his first healthcare social media company in 2010, and during that time he had several tech ideas for building products that connected doctors and the ecosystem. When he met Koushik, the software and the technology talent came in.

With Healtho5, the team is building a mobile product that gets doctors, labs, pharmacies, patients and health insurance all under one platform. Neelesh says, “While there are several platforms that look at all of this individually, we are working on bringing everything together on one platform.” The doctor app was launched in February this year, and the team claims to have over 5,000 doctors on the platform.

The healthtech ecosystem is fast growing and has several players like Practo, 1mg and Lybrate in the space. While they are deeply funded, Healtho5 believes that with their unique social connect angle they will have a strong differentiator.

Fish Chain is an agri-supply chain firm sourcing marine fish from smallholder fishermen across the coastal region and retailing premium seafood in Bengaluru and Coimbatore. Naveen Chander Founder of FishChain believes that there is a big gap in transparency in the fish market.

In the six months since their launch, they have catered to over 12,000 direct customers through their retail stores and home delivery. Bigbasket and Ninjacart are two of their B2B customers. Fish Chain sources close to about 1.5 tonnes of fresh fish and sea food in a month.

It is interesting that FishChain has tied up with the likes of Bigbasket, as the latter has just entered the space. Today, there are already several players like Mohandas Pai-backed Licious, Easymeat, Zapprfresh, and even BigBasket’s meat segment in the seafood and meat produce sector. There also is the Zynga team-founded FreshtoHome, which started on similar lines as FishChain.

Untumble is an online store that designs and manufactures customised theme party supplies and ships them to customers. The company was started by Sunil Tukrel and his wife, when they themselves were looking for party supplies. The couple decided to build something that made the entire process easier.

They have brightened more than 3,500 parties across India, including 600 in the Coimbatore region. They have regular shipments being sent to the USA, the UK, Norway, Finland, Hong Kong, Australia and Singapore. They also recently set up a brick and mortar store in Coimbatore and are planning to expand to other cities. The team follows a B2C of revenue model for the most part.

“We are in Coimbatore as it makes sense to be closer to the printing press. The city is known for a strong press. Also, the cost of labour here is cheaper,” says Sunil.

With Coimbatore, the ecosystem is still in its nascent stage. However, it has the raw materials in terms of tech talent and support systems. Vikram Gupta, Founder and Managing Partner, IvyCap Ventures, believes that today, VCs have begun travelling to smaller towns to evaluate the availability of specific investment opportunities.

VCs tend to stay away from Tier II and III cities because of several factors, like the unavailability of infrastructure, language problems, local political issues, and limited channels of marketing and distribution. These are known to negatively affect the funding opportunities open to startups located outside the metros.

However, Coimbatore is different; it already has a resource pool of rich talent and an ecosystem of older businessmen and mill-owners who are, slowly but increasingly, looking at the tech- startup space.