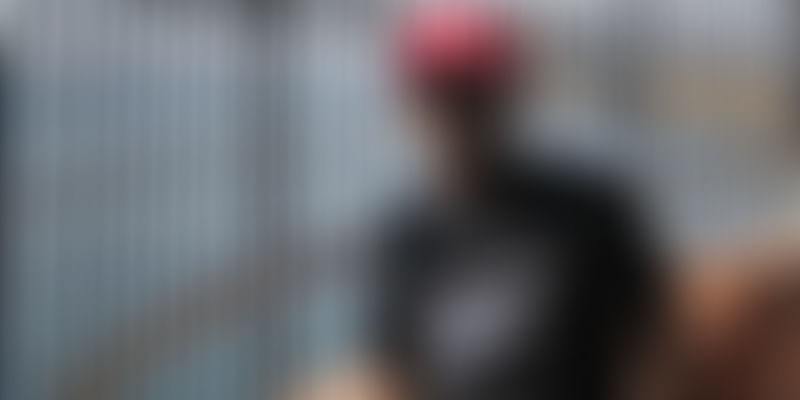 The initial barriers that most small businesses face are discoverability and the inability to estimate demand for their products or services. Larger and more established companies have long had the upper hand, being able to invest heavily in marketing and other outreach activities. In the past decade, e-commerce has levelled the playing field to an extent, giving smaller businesses a platform to tap into a vast, existing pool of customers.

But the ‘e-commerce story’ is still in its nascent stages in India. It is estimated that only about 2–3 percent of transactions occur online, with immense room for growth. While horizontal marketplaces have seen the most growth and popularity, there are multiple niche players popping up that aim to provide the depth and customisation that horizontal marketplaces can’t cater to. Glowship aims to help organise and improve the home utilities space in India.

Glowship was formally launched in March 2015 by Srinivas Potukuchi, an IIT Madras and Stanford Business School alum, who spent about five years working in the solar energy and home utilities sector before venturing out on his own. Through his personal experience, Srinivas found that most companies in this space, even those with interesting and innovative products and solutions, were unable to communicate effectively and reach out to the mass market.

So through Glowship he aims to address this space, which is estimated to be a Rs 20,000-crore-a-year market in India. He also aims to help small businesses make informed choices and better handle power cuts and other issues faced because of the unreliable power grid in India.

So along with a team of eight, Srinivas officially launched Glowship in Bengaluru and currently has over 225 sellers serving customers in about 10 Indian states. The e-commerce platform is positioning itself as a unique marketplace for home utility goods and services mainly targeted at residential home owners.

While solar power solutions are one of Glowship’s main offerings, the marketplace also provides conventional power solutions like inverters, batteries, and power banks as well as pumps, water, and lightning solutions.

On the services side, Glowship offers four main service packages for solar water heater systems based on the consumer's specific needs. Once the customer confirms their interest, Glowship then arranges for the installation of the solar system through its partner network of system integrators around India.

For consumers who are new to the sector, Glowship provides a ‘Knowledge Center’ on their platform to cater to frequently asked questions. They have also recently launched a do-it-yourself rooftop solar platform, which they claim is the first of its kind in the solar industry. It is able to recommend the optimum solar capacity and provide instant price estimates for the entire system while offering customers options to choose from either consuming solar power directly (without storage) or for the purpose of providing back-up power during a power outage.

As a marketplace and after-sales solutions aggregator, Glowship makes a commission for each transaction that occurs on its platform. Srinivas noted that their average ticket size has been around Rs 27,000, with a conversion rate upwards of 10 percent.

So far independent home owners have been their largest customers, followed by small and medium businesses. In terms of geography, Karnataka, Delhi-NCR, Tamil Nadu, and Andhra Pradesh are among Glowhip’s top performing markets. Srinivas noted that they are trying to simplify the entire purchase decision for consumers by providing the widest range of solutions and also simplified and accurate information about different products and services in the market. He said,

We are profitable on almost every single order and have not used a discounting strategy to attain our current growth.

Glowship has so far relied only on online marketing channels and Srinivas believes that that they have been effective for their e-commerce offerings. Srinivas noted that since their home utilities marketplace is standardised for most product categories, marketing them and getting conversions is straightforward. Srinivas also sees a big market to upsell and cross-sell, based on one’s purchasing patterns. However, for some of their other custom solutions like solar panels for homes, Glowship is able to generate estimates but generally closes the deal only after a technician visits the homes.

With the second largest population in the world, India has a big need for reliable home utility products to make the best use of available resources. However, the country is faced with unique challenges. Srinivas notes that in the developed world, the power grid never goes down, but in markets like India power outages can vary between one and eight hours. So developed markets mainly look at solar solutions without storage, while storage is a necessity in developing markets. He said,

Until India’s power grid situation improves, Srinivas sees the solar segment being a big driver for growth in the home utilities space, with hybrid solutions being the key.

Solar solutions have gained mainstream acceptance in the West because of the convenience and cost benefits associated with them. Elon Musk-backed SolarCity is the most well known player in this space. The company initially started out as a aggregator leasing solar solutions to consumers and has now developed end-to-end capabilities on developing and manufacturing efficient solar panels.

Glowship too is looking to do the same in India and will seek to re-enable the growth of India’s solar market by increasing awareness and driving down customer acquisition cost.

India aims to have an operational solar power capacity of 100 GW by March 2022, which includes 40 GW of capacity from rooftop projects. In an attempt to boost the relatively neglected rooftop solar power market, various state governments have announced attractive subsidies for homeowners looking to set up rooftop solar power systems. Indian homeowners too have multiple needs ranging from heating, pumping, back-up power, home automation, energy management, and potentially even energy generation, given the falling costs of solar energy. So the sector has great room for growth in India.

Glowship had raised a pre-seed round in 2015 from investors in the energy and solar sector and Infuse Ventures, India’s only cleantech fund (both institutional and angel money). At present, Glowship is in the process of expanding its team and raising a larger funding round to boost growth. The startup is leveraging a team of freelancers to spread awareness and knowledge through starter kits that explain the basics of solar power and battery pack solutions.

Glowship aims to reach a milestone of 500 sellers in the coming months and also expand to adjacent verticals like home automation. Glowship’s short-term aim is to address existing market problems and reduce cost at every level of the value chain by making solar and other platforms more plug and play oriented.

While e-commerce is making a transition to m-commerce, with a large percentage of transactions now occurring on smartphones, Srinivas considers desktops to be the main focus for high value purchase decisions that happen on their platform. But he believes that smartphones and apps are best suited to schedule after-sales services and solutions.

While it is currently a marketplace and aggregator of services, Glowship’s long-term goal is to grow its own intellectual property (IP) and develop its own products to help improve the home utilities space for the market. In terms of numbers, Srinivas noted that the goal is to target a 45 percent reduction in deployment time and 15 percent in cost.