A smartphone keyboard to make payments even while using other apps! 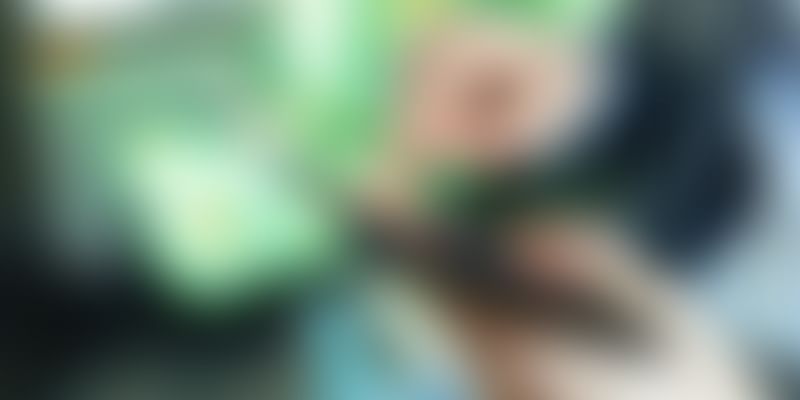 ICICI Bank has made transacting easier for its users by introducing a new feature called ‘iMobile SmartKeys’, a smartphone keyboard that enables ‘iMobile’ users to make quick and secure payments even while they are using other apps.

With the new feature, customers will no longer have to switch tabs or applications within their smartphone to access ‘iMobile’. The bank also says that the feature will reduce the time for transactions.

Furthermore, using the newly launched feature, customers can transfer money to their registered beneficiaries, pay their utility bills, and recharge their mobile numbers, which are classified as ‘Favourites’ in their iMobile app.

The users can access the ‘iMobile SmartKeys’ by pressing the ‘globe icon’ on their smartphone keyboard.

It is currently available on iOS phones, but will soon be made available for Android smartphones as well. The latter will simply be able to shake the phone while they are on any application screen to change the keyboard to ‘Smartkeys’.

To avail the new feature, users will have to update the iMobile app and initiate a one-time addition of a keyboard by following a link. Also, they will need to authenticate their identity before making a funds transfer. Additionally, they can even notify the recipient with the transaction details in the chat or messenger application.

The application was named the winner at the ‘ICICI Appathon’, a virtual mobile app development challenge held last year. The challenge required participants to create at least one innovative working prototype on the themes of virtual banking and financial services.

Other recent features launched by the bank

ICICI Bank recently unveiled a string of new features, which includes payment of advance tax for individuals, Positive Pay for cheque protection, rail-ticket booking from within the app on IRCTC as well purchase of mutual funds, travel and motor insurance.

Apart from these, the bank also introduced ‘Pockets’, which caters to SMEs and corporate customers. It also has a slew of solutions for peer-to-peer payments including those on social profiles like WhatsApp, email, phone contacts and Near Field Communication (NFC) technology.

Snapdeal-owned FreeCharge on the other hand, has partnered with instant messaging app WhatsApp and made it easier for users to send and receive money. Their feature called 'Chat n Pay', which was launched this May, lets users send money to their WhatsApp contacts by opening the FreeCharge mobile app. But, first the new 'FreeCharge on WhatsApp' option has to be enabled and then users can go to WhatsApp and tap on the name of the contact to whom they wish to transfer the money, and send a message in a certain format.

With the surge in smartphone users and the convenience an app offers, more such features are likely to be introduced in the near future to enhance mobile experience and make the process as seamless as possible.