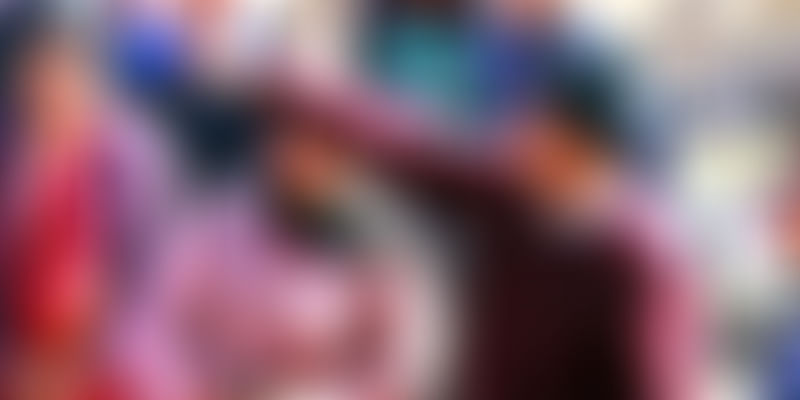 When Kamal Kar was deployed to Bangladesh on behalf of Water Aid, he realised that the farmers and the farming community knew much more about their own living conditions and farming systems than outside experts and scientists. Centuries of their local knowledge and in-depth understanding certainly kept them ahead of the “experts” as far as the best solutions appropriate to the local situations were concerned. This learning changed Kar’s mindset of putting the people before things or technology, and led him to pioneer ‘CLTS’, or Community Led Total Sanitation in 1999.

Kar worked in agriculture sector for about two decades, starting as a specialist in agriculture and animal husbandry with the government of West Bengal and then with the Indian Council of Agricultural Research (ICAR) as a scientist and specialist trainer in the field of livestock production, and later on as an inter-disciplinary team leader across South and South East Asia and Africa. He veered towards rural sanitation while leading an evaluation mission of Water and Sanitation project of Water Aid in Bangladesh.

“I realised with this new insight into communities’ expertise of diagnosing their own issues, that I was not the right person for the traditional institutions who believed in scientific ‘transfer of technology’ and ‘top–down’ prescriptions to the farming community, where the farmers had to experiment and struggle all the time with natural calamities and uncertainties and risks in production,” says Kar. This made him understand the society deeply through direct learning from rural and urban communities, and move towards social entrepreneurship with a flexibileapproach. During his stint in Bangladesh, he observed that open defecation was rampant even though most villages had toilets constructed by Water Aid.

“People had toilets but they didn’t use it. The liberty of open defecation was fully there,” says Kar. The professionals of the water and sanitation sector had a traditional understanding that people defecate in the open as they did not have the means to build toilets, due to poverty –which wasn’t always a correct assumption. It needed probing; did they actually lack the means to construct a toilet, or was it their choice?

Addressing the chicken and egg

Kar visited a village called Mosmoil in Rajshahi district to facilitate Open Defecation Area (ODA) mapping. “I told my team not to talk about toilets or to prescribe anything, rather, to just learn from them,” he says.

They made a map and gathered community members for a walk-though along the most prominent open defecation areas of the village. “When they started walking with us along the defecation area, they realised how many quintals of excreta was generated on a daily, monthly, and yearly basis. The bottom line was a ‘collective realisation by the community that they were ingesting each other’s ‘shit’’, and concluded that it was not a toilet owned by a few but a total ban on the practice of open defecation that could save them from the situation,” Kar explains.

The ‘shit’ yet ‘no-shit’ approach

The CLTS approach stems from his evaluation of Water Aid Bangladesh and their local partner organisation – Village Education Resource Centre’s (VERC) traditional water and sanitation programme, and his subsequent work in Bangladesh in 1999–2000. CLTS uses participatory methods to help local communities analyse their sanitation conditions and collectively internalise the terrible impact open defecation has on public health and the environment. Combined with a ‘no-hardware subsidy’ policy and a hands-off approach by the facilitator, CLTS hopes to provoke an urgent collective local action to rid the community of the habit.

This new style of facilitation encourages local communities to visit the dirtiest areas in the neighbourhood. Appraising and analysing their practice shocks, disgusts and shames people into letting go of the practice. “This style is provocative and fun, and is hands-off in leaving decisions and action on the community,” says Kar.

There was a growing demand for training, capacity building, advocacy, learning materials, information from the field and building functional linkage between organisations and practitioners for sharing experiences. With the request and demand for institutional support in 2003, Kar established CLTS Foundation with his own funding and and a team of three. The first donor to show interest in institutionalising their efforts was Irish Aid, Ireland, and provided them seed money. However, there was no funding support for on-ground programme implementation. The small margin of surplus income that the foundation generated from implementing activities was ploughed right back for the institution’s growth.

A major challenge for Kar was in transforming the traditional mindset of formally educated specialists and professionals about their perception of farmers and rural communities. “Building their confidence on local communities’ knowledge, and capacity to change was not an easy task. There had been many fixed and rigid perceptions about the rural communities where the ingrained idea was to help, teach, prescribe and educate the local people for their development,” Kar notes.

The best way to overcome this challenge, he found, was to trigger more and more villages and develop many Open Defection Free (ODF) communities as learning laboratories for outsiders. This gave rise to many natural leaders becoming ambassadors and champions of CLTS, and triggered other neighbouring villages to undergo the transformationas well. Gradually, the success of the local communities dragged the local government, political leadership and many development institutions to come and learn the unique and powerful approach of CLTS.

Kicking up a stink internationally

Over the past 15 years, Kar tried to play a direct facilitating role in the spread of CLTS globally, by providing capacity building, policy advocacy and process support to national governments and international agencies like Water Sanitation Program, DFID, UNICEF, WSSCC, Irish Aid, World Health Organisation, Plan International, Water Aid, C​ARE and many more. After pioneering and scaling up the approach in Bangladesh, he introduced the approach in India, Nepal, Indonesia, Cambodia, Pakistan and a few other countries in Asia, Eastern and Southern Africa. He took it to Western and Central Africa in 2007 ​by way of training workshops.

Today, the governments of over 70 countries across Asia, Africa and Latin America have adopted the approach. Governments of more than 30 of these countries have replaced their traditional sanitation strategies from the subsidy and infrastructure-led approach to the community-empowerment CLTS approach. As a result, more than 40 million people globally are living in an ODFenvironment.

The ‘Handbook and the Trainers Guide on CLTS,’ authored by Kar, has been translated into over ten languages. In 2010, the Foreign Policy Magazine of Washington DC selected him amongst the Top Hundred Global Thinkers of the World in 2010. The Asian Development Bank declared him as the Water Champion of 2011.​He received the Sarphati Sanitation Lifetime Achievement Award 2015 given by World Waternet, Netherlands Water Partnership in Amsterdam, last year.

The CLTS approach stated rolling out in the latter half of the Millennium Development Goals period. Although many countries made significant progress in sanitation using this approach, most nations in Africa and a few in Asia failed to achieve MDG Goal 7 – Access to Sanitation. Now, the Sustainable Development Goals aims to create an ODF world by 2030. Kar feels that it needs strong political will, institutional collaboration and right funding support from the donor agencies, backed by a clear national sanitation policy.