This north-Indian planted 50,000 trees in Bengaluru because he couldn’t see the “Garden City” die 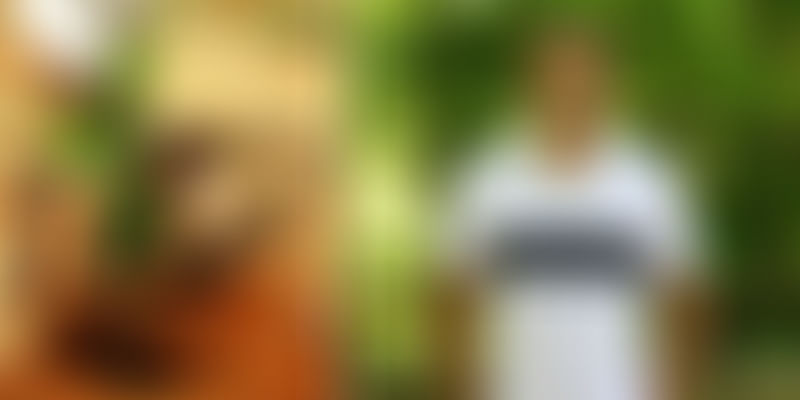 Around 2006–07, the trees which made Bengaluru the “Garden City” absconded overnight. The city had to suffer through various projects like road widening and metro construction, all of which needed century-old trees to be torn down. A 33-year-old software engineer, hailing from the north but unconditionally in love with the green glory of the south where he worked as an IT professional, answered the wake-up call of nature that most others turned a blind eye to. He made the decision to save Bengaluru’s greenery when he witnessed the brutal mass-felling of trees day after day. He simply could not wrap his head around what version of development this city was edging towards.

“Bangalore was heaven till 2005; there was no summer. It would rain here when the entire country used to burn in summer. But that glory started waning eight years ago. Every day, the trees I would pass and adore on my long commute to work were being brought down.” Wondering what hellish destiny awaited his beloved city if this kept up, he started visiting BBMP offices on weekends with some pressing questions surrounding these tree killings. “They never expected this from a guy who came from north India and was only working in Bangalore. Finally, I decided that I have to plant more and more trees to make sure Bangalore retains its green cover and my lovely Garden City remains a garden and not a concrete jungle,” says Kapil Sharma.

Keeping both the greens

Keeping his day job as a software engineer, he decided to dedicate the entire remainder of his time to the initiative he coined, conceptualised, and christened ‘SayTrees.’ Aware of the fact that trees planted on the sides of the roads would always be in danger as roads widened, he started looking for places where development projects would not disturb the saplings — like any empty, unused land masses in the city, lakes, parks, etc.

A simple means to an all-powerful end, Kapil, a one-man army defending the green cover of a city identified by it, reduced the problem to bare bones, and worked out a super-rudimentary plan of action.

While laying the groundwork, he also noticed that corporates wanted to help, but lacked the resources to construct a roadmap and chart a trajectory. For such organisations, Kapil took it upon himself to lay the complete blueprint, get the resources and materials in order, set up the project and finally, hand the execution over to the corporate bodies on D-day, who would then turn it into a CSR activity that would engage all their employees.

Preparing for these drives entailed finding safe havens and patches that could grow into small forests in the city. He would then procure the permission for planting saplings on the land identified, clean the area, dig pits, and source manure and saplings of the tallest tree-species available. Having said that, finding safe land that was also fertile, getting permission, finding corporates who bought into the cause and then facilitating the follow-ups to take care of the saplings to make sure they grew to become trees were all tiresome tasks.

“I wanted people to enjoy plantation, so that they come again and again. So I made sure the tedious work of making arrangements was done by me, such that the volunteers simply have to come, plant the saplings, and leave with a satisfied smile,” explains Kapil.

Half-century for the century-old companions

SayTrees has grown from planting 100 trees in 2008 to over 20,000 trees in 2015, and has already managed to cross that number this financial year, since April 2016. In all, the number is a staggering 50,000. As a result, they have created many patches of forests in Bengaluru, some in unlikely commercial hotspots like Koramangala and Whitefield. They have covered about 17 lakes with trees so far. Apart from this, SayTrees assembled voluntary teams to facilitate plantations in Chennai, Hyderabad, and Belgaum.

SayTrees is now conducting plantation drives in rural areas as well. While they’re at it, they’re also planting saplings with farmers to provide them with a parallel source of income. This project has already been kick-started, and they have planted 4,000 mango saplings with 11 farmers in 2015. They will now plant 15,000 fruit saplings with about 50 farmers in 2016.

Kapil’s dream is to take SayTrees to a pan-India level, to create hundreds of acres of forests every year and create a community of corporates and nature lovers to care for them.

At present, they’re running a crowdfunding campaign to raise funds for the plantation of 10,000 saplings in Anantpur district, in Andhra Pradesh, and help 50 farmers. “More trees bring and hold more rain, increasing the water table, making the soil fertile, reducing pollution and temperature etc. Trees are the solution to a long list of problems. So let’s plant trees and hence, plant hope.”