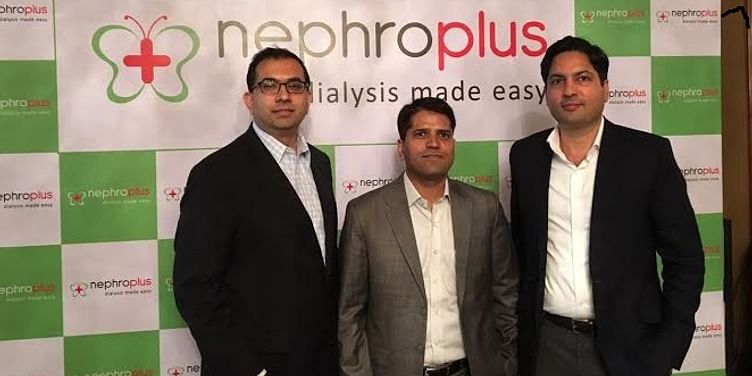 At a time when Indian startups are struggling to raise late-stage rounds, healthcare player NephroPlus has raised a whopping Rs 100 crore in Series-C funding led by SeaLink Capital Partners (SCP) and International Finance Corporation (IFC), a member of the World Bank Group.

In a statement, the dialysis service provider said the fresh capital will be used to meet the growing need for kidney disease management services and also for expansion. At present, the company claims to have 75 centres across 15 states, performing 6,00,000 treatments per year.

Over the next five years, NephroPlus aims to provide over four million annual treatments and create around 5,000 skilled health services jobs. NephroPlus also plans to open up to 500 centres across India during the same period.

Earlier this year, the government had launched a National Dialysis Services Programme to provide dialysis in district hospitals across the country through public-private partnerships and NephroPlus has partnered with the Central and various state governments. The company recently also signed a contract with the Andhra Pradesh government to run 13 such centres in the state. Vikram Vuppala, Founder and CEO, NephroPlus said,

We are confident that SCP’s unique network as well as their approach towards growing and building value collaboratively with entrepreneurs will help us further in our growth. We are also pleased to have the continued support from existing investors, who have been of tremendous help to us since their initial investment.

According to IBEF, the healthcare market in India was worth close to $100 billion as of 2015 and is expected to touch $280 billion by 2020, clocking a CAGR of 22.9 percent. Also, from the years 2000–2015, the Department of Industry Policy and Promotion shows FDI investment in hospitals and diagnostic centres to have totalled $3.21 billion.

Players like Practo, Lybrate, and Portea Medical have already positioned themselves in the market but there still remains a gap to be filled. As adaptability soars, many more players are likely to foray into the sluggish space of tech. NephroPlus is a key player in a niche market and does not face significant competition from the numerous online players who are largely exploring the healthcare delivery segment. However, it inevitably faces serious competition from the offline healthcare market which is still dominant in India.