The numbers game – are you always a winner? 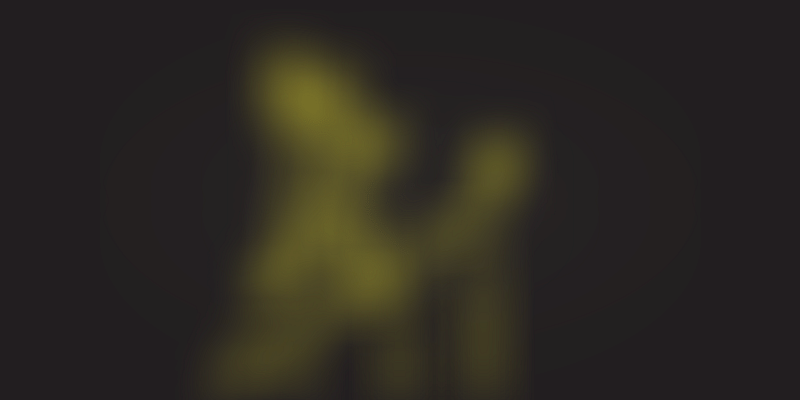 These days, I am actively looking at the social space to observe the trends, and learn about the metrics used to measure the probability of these apps being able to survive their launch and move on to getting funding and turning into mature apps.

According to an entrepreneur report, building a mobile app can be a cash cow, but if not developed correctly, it can be among the 78 percent of apps that users never return to after using once.

With this, I went ahead and spoke to a few of my friends who use mobile and social apps for their everyday needs. My friend Babbarya is an enthusiastic moviegoer. She likes to do movie marathons and loves the entire experience of visiting a multiplex with popcorn, Dolby Surround Sound and the works.

Shivoo: Shall we all go and watch the latest Rajani flick this weekend?

Babbarya: Sure, sounds like a plan. Shall I book the tickets? I have some loyalty points and free tickets available thanks to me being a regular user of the bookmyshow app.

Shivoo: Sure. Thanks and see you at the movies on Sunday!!

Senthila, my other friend, usually cabs it when we all meet up on the weekend. Being eco-conscious, she drives an electric car and we are all worried about her running out of charge when she drives back to her place.

Shivoo: Have you left? Booked a cab?

Senthila: Yes, I am on my way. Booked on Ola.

Shivoo: Heard that there are some great offers on Uber. Why don’t you try them?

Senthila: I like Ola; my experience has been great. I use them all the time, and haven’t found the need to switch my taxi service aggregator.

What these two examples tell me is that app developers need to build their business models differently. The most common folly I have seen is that several app developers think their apps aren’t successful when they don’t reach the scale of WhatsApp, Facebook or Twitter. Maybe the success of your app does not have to be measured solely on the basis of the subscriber base; maybe the engaged user base is also of great relevance.

Realisation 1: It’s not always about the user base, it’s also about the engaged user base

Let’s take Babbarya’s example. She watches at least one movie every week. She uses the bookmyshow app every time she needs to watch a movie. This means that she uses it on each of the 48 occasions in a year when the need arises. So for bookmyshow, Babbarya will be considered a key user, as she is a loyalist and is 100 percent engaged. The metrics by which to measure the user needs to be not the number of clicks but the usage against the possible number of use cases for a user.

The same can be said about Senthila’s example. If a user has used the travel app 60 times in a month, one can say that he/she is 100 percent engaged. Here again, the relevant metric is usage against the possible number of use cases for a user. If Ola wants to transform their business model and position their brand advantageously against their competition, they will need to use a metric other than downloads from app stores or the number of phones they are present on; they will have to look at the engaged user base, and identify the customers that are reaching out to them every time they have a need that Ola can fulfill. This will also help in tailoring the advertisement/mobile advertisement revenue model. Also look at how they can create more customer-engaging programmes, which will create better stickiness and reduce customer churn.

Realisation 2: In the engaged user base, the metrics should be usage against the possible number of use cases for a user.

As per Dunbar's number, a suggested cognitive limit to the number of people with whom one can maintain stable social relationships, it is stated that humans can comfortably maintain only 150 stable relationships. Out of these, 30-50 might be the really close ones with whom we interact. Many Facebook users today have anywhere between 2,000- 3,000 friends. So if the user is actively engaged with about 150 people out of 3,000, we can say that the user is 100 percent engaged. Hence engagement, which is the holy grail of metrics, needs to be redefined for social connect apps, which deal with emotions and meaningful relationships.

Apps like Facebook and WhatsApp are righty measured by how highly the user is engaged. Here, one is judged an engaged user by how many times he/she accesses the app. But there are different kinds of social apps which may not be used several times in a day, but are still highly engaging if you measure them on different bases. You need to sell these differentiated metrics to your VCs. These metrics will help VCs when they are looking at revenue or ROI models when working with startups in the apps space, especially in the mobile/social space dealing with emotions and close networks of friends.

Realisation 3: Remember the Dunbar Number of 150 stable relationships and target 100 percent engagement with these 150 people.

I don’t think Professor Dunbar is asking you to restrict the number of people in your network to 150, in case you want more. But if I look at my own professional networks, my most commonly mailed or called contacts is an ever-rotating number of 20 as the most contacted. This list shifts every four weeks based on the projects I am associated with.

So that old maxim that you hear spouted on various occasions may be erroneous — “we are not interested in hundreds of connections which are not active, we want the right connects…We want quality, not quantity.” Quality and quantity go together; you cannot search for quality alone.

Despite the Dunbar 150 rule, there’s nothing wrong with having 5,000 friends on Facebook — only a small portion of them are going to see your status updates at any one time. So Dunbar’s hypothesis holds true here, too.

This means that companies have to build their business models based on the engaged number of users, looking at it as an onion in which the inner most circle consists of those users that will be with them and engage with them, and not the ones who need social media to connect them. But I would recommend looking beyond the circle of 20 to the outer circle of 150 as a number you need to engage to ensure your social platform will still be used and engaged with.

So, more is not always best. I would like to hear your views on engagement metrics and if you have already implemented them. Feel free to comment and let me know your views.