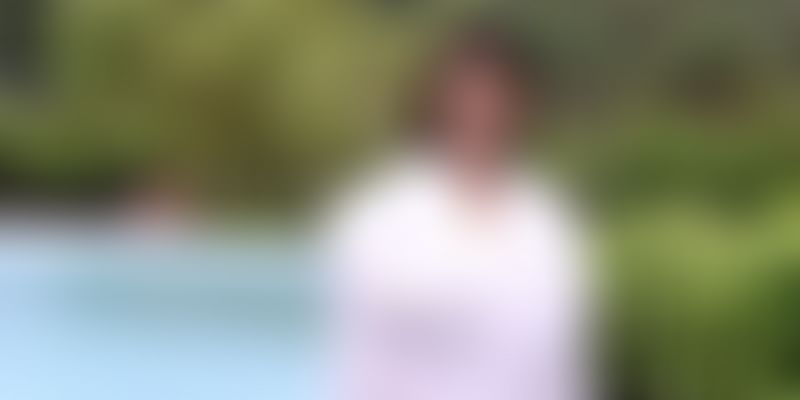 In a country like India, healthy and nutritious meals and supplements are a luxury to underprivileged families. Malnutrition is a frequent cause of death in children with cancer. Cuddles Foundation is one such organisation that provides nutrition support to over 18,000 children with cancer in 17 hospitals across nine cities in India. The reason for Cuddles success and quick adoption across hospitals can be attributed to the organisation’s uniqueness. Cuddles is the first organisation to place nutritionists systematically in 17 hospitals across the country after training them in paediatric oncology.

“My journey started with a visit to Tata Memorial Hospital in Mumbai when I came across families that go to cities like Mumbai and New Delhi to seek treatment. There I happened to see a little girl who reminded me so much of my daughter who was exactly the same age. That was the turning point in my life where I decided I had to do something,” says 36-year-old Purnota Dutta Bahl, Founder and CEO of Cuddles Foundation.

One of the biggest challenges the organisation faced in its early years was the lack of awareness about the issue of malnourishment in children with cancer and its impact. She adds, “In the beginning, whenever I would talk about children with cancer, people would assume that I was seeking help for treatment funds. It has taken us four years to aggressively create the awareness about the fact that 40 percent of all children under cancer treatment do not survive because of malnourishment. Food is as important as treatment if not more. With the right nutrition and care cancer is highly curable.” Because of this very reason Purnota, despite being an Indian School of Business alumnus, chose to leave her lucrative job to start Cuddles.

Interestingly, Cuddles Foundation has an all-female team - from executive directors to paediatric nutritionists. The organisation provides a great opportunity for women who have taken a career break. “They care deeply about the cause and are able to work at a fraction of a compensation that they would be earning in a corporate set up,” adds Purnota.

“It’s a terrific opportunity to apply my corporate skills in the development sector and the opportunity to play multiple roles excited me. It’s an extremely exciting and challenging work environment,” says 34-year-old Aparna Chand, Executive Director at Cuddles, who is also an ex-private banker from New York and graduated from Carnegie Mellon University.

Cuddles has 24 trained nutritionists employed on payroll. They are deployed at the hospitals where they function as hospital employees, as part of the paediatric oncology team. The organisation also ensures that each of the nutritionists it employs undergoes a three-week fellowship programme at the Tata Memorial Hospital on the intricacies of nutrition for child cancer patients.

“Our capacity building programme, where we support the hospital with a trained nutritionist, is the backbone of our work. It is through this resource that we are able to execute and deliver aid like protein supplements, lassi, butter chiplets, fruits, etc., to the patients,” adds Purnota.

As for the team, the simple yet powerful impacts of numbers have become a motivating factor. As per a report released by TATA Memorial Hospital, food became the key contributor in drastically bringing down the abandonment rate from 20 percent to 3.7 percent.

The team has heartening success stories to share. One such story is of Nandu, who was an abandoned child at one of the city government hospitals. He used to work part time at a factory in the day and come for treatment during the evenings. Despite his illness and the chemotherapy, Nandu had no choice but to work. The nutritionists from Cuddles came to his rescue. With their gentle encouragement and nutritional support, he finally quit his job. Today, having recovered he has started going to school with a noble dream of becoming a scientist to find the cure to a disease like cancer.

The organisation has been raising funds through individual supporters and its annual fundraising event – Meher. However, from April 2016, Cuddles has also started looking for support from corporate through CSR. Their mission is to reach out to 80 percent of the children fighting cancer in the country with holistic nutrition support by 2020.