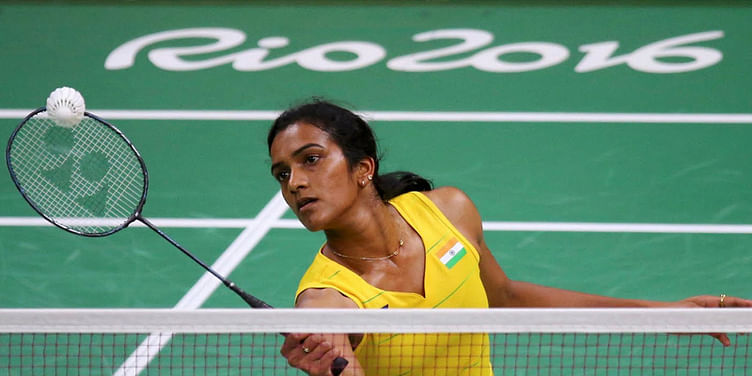 There is no argument about it. Success, in sports as in everything else, is largely predicated on natural aptitude, talent, hard work, sacrifice, self-belief, and dedication.

But what about the other factors? How much does lineage (have your parents / grandparents played a sport at a higher-than-casual level?) matter in sporting excellence? What about the economic background? What about popular support, which comes from a larger public understanding and appreciation of the skills and stamina involved in playing the sport well?

To all these questions, it would seem the answer is the same - 'A significant amount'. It explains - if only partly - why Geeta and Babita Phogat are among the top women's wrestlers in the world (their father is a wrestler himself, apart from being their coach), how Olympic gold medallist Abhinav Bindra was able to stay the course with an expensive sport like shooting (when they realised their son had an exceptional talent, his parents had an indoor shooting range built for him at their home in Patiala), and why there were few cheers back home for Manish Singh Rawat, even though he finished a hugely creditable 13th at Rio, in the almost-unknown sport (in India) of racewalking.

On these parameters, Pusarla Venkata Sindhu, our girl in the Rio spotlight today, is blessed thrice over. Her parents, PV Ramana and P Vijaya, were both national-level volleyball players - her dad good enough to win the Arjuna Award for the sport in 2000. Her family was comfortably off, and willing to let their girls pursue sport seriously - Sindhu's older sister, Divya, was herself a national-level netball player; she eventually quit the sport to study medicine.

As for popular support, why, badminton is the quintessential Indian urban sport, even more so than hockey or cricket, for it isn't just snot-nosed boys who play it on the streets of every Indian city, it is also grandmothers in sarees and salwar-kameezes, their dupattas and pallus tied firmly at the waist, who enjoy playing the sport with their sons and sons-in-law, daughters-in-law and grandchildren, friends and family, on the streets, in apartment complexes, in neighbourhood sporting clubs, before the food hampers are opened up at family picnics.

Plus, we've had icons in the sport for over a generation now - Prakash Padukone, Syed Modi, Vimal Kumar, Aparna Popat, Sindhu's coach Pullela Gopichand, and Gopichand's other protegee, Saina Nehwal.

So yes, Sindhu had these perfect starting blocks to explode into her race from, but of course, not everyone who is thus blessed makes it, as she has, to World No 10 in their sport.

That called for other strengths - the strength, at age 11, to not only train through the week at the Gopichand Badminton Academy in Gachibowli, some 60 kms away from her Secunderabad home, but also live there, because the 120-km daily commute would not make sense; the strength to use the weekends at home to attend tuitions and catch up with schoolwork, since no self-respecting South Indian family, even a sporting one, would be comfortable with the idea of their offspring doing sport at the expense of a regular education; the strength to psyche herself to scream long and loud in front of some 100 other players and coaches at the Academy a couple of months ago, on her coach's diktat, because he believed that the gentle, soft-spoken girl now had to learn to display some visible aggression to intimidate her opponents at Rio.

Sindhu began to make waves on the international circuit some seven years ago. In 2009, at age 13, she won bronze at the sub-junior Asian Badminton Championships. At age 14, she participated in the 2010 Uber Cup, a bonafide member of the Indian national team.

A year later, she celebrated her 16th birthday with a bronze in the Asia Under-19 Championships. In 2012, she won the gold in the same championships, apart from earning her reputation as a giant-killer when she entered the semis of the China Open Masters after handing out a stunning defeat to the London 2012 Olympic gold medallist, Li Xuerui.

Before she left for China, her parents had taken her to watch Bhaag Milkha Bhaag. Her dad thinks that might have helped, along with his running commentary to her throughout the film, about the importance of hard work. Dads!

In 2013, Sindhu truly came into her own. She won her first Grand Prix Gold title, the Malaysian Open, following it up with a second GP title at the Macau Open. She then won the bronze at the BWF World Championships, becoming the first Indian woman to win a singles medal at the tournament. An ecstatic country decorated her soon after with its second-highest sporting recognition, the Arjuna Award. She was just 18 years old (fun fact: her dad won his Arjuna at age 39).

A string of other successes followed, including, most recently, her demolition of Chinese World No 2 Wang Yihan to secure herself a berth at Rio. On Tuesday, she beat the Chinese girl again in the quarterfinals at Rio, to advance to the semis and deny badminton superpower China a two-medal finish at the Olympics for the first time since 1996.

After her win against No 6 seed, Japan's Nozomi Okuhara, the reigning All England Champion, whom she has lost to in each of their three previous meetings, today Sindhu has assured India a silver medal.

(PS: Random thought - what is it about Hyderabad and its surrounds anyway? Pullela Gopichand, Sania Mirza, Srikanth Kidambi, Pusarla Sindhu - and even Saina Nehwal, who trained there for several years - seem to have benefited simply from living there! It must be something in the chillies, but that's a story for another day.)