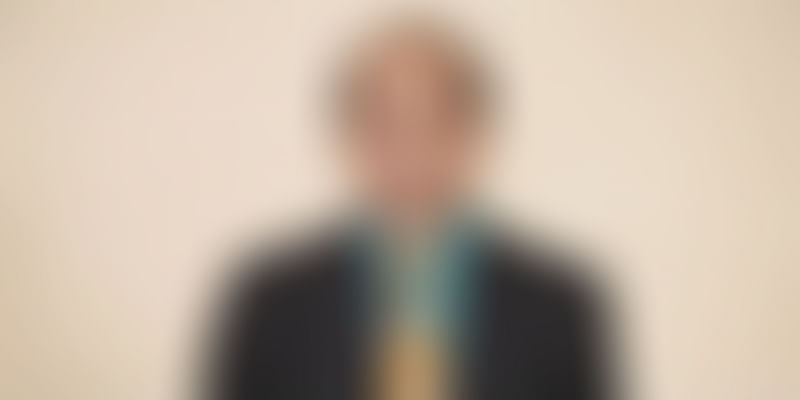 Online platforms have changed the traditional way of doing things — from shopping to travelling to searching for job opportunities.

According to a report by McKinsey Global Institute, online talent platforms are increasingly connecting people to the right jobs. By 2025 they could add $2.7 trillion to global GDP, and begin to address persistent problems in the world’s labor markets.

Back in 2011, when Vivek Chandok was heading value added services (VAS) at Tech Mahindra, he hit upon a business idea that struck from his personal experience. He recounts an incident.

“I was standing outside my office. I observed a man (a jobseeker), who didn’t appear to be very educated, look at a ‘housekeeping staff wanted’ poster stuck to an electric pole. Soon, he began conversing with a nearby tea vendor. The jobseeker wanted to know if the vendor had heard about any housekeeping jobs in the vicinity. He further stated that he had paid a local agent Rs 300 to land him a job,” says Vivek, Founder and CEO of Saral Rozgar.

For blue-collared jobseekers, searching for and getting jobs is challenging. They either rely on acquaintances or pay hefty amounts to touts and agents. They also spend significant time and effort in travelling to find jobs themselves or even to get information.

For employers too, with no structured database for blue-collar and entry-level candidates, reaching the huge pool of jobseekers is a problem.

Vivek realised the evident gap here. What was needed was a job market that was easily accessible to millions of Indian workers. It also occurred to him that using technology, there was something he could do to alleviate some of the problems that jobseekers faced, or perhaps help the entire market.

He conducted surveys with his target audience to understand the pain points and how one could solve them.

Based on feedback from jobseekers and employers, Vivek launched Saral Rozgar, a VAS platform with an IVR at one end, in 2011.

Job seekers can dial a short code and subscribe immediately, and the subscription amount will be deducted from their prepaid balance. Candidates can also apply for jobs through voice-based profile creation. Upon calling the Saral Rozgar phone number, live representatives create a profile and resume along with contact details for jobseekers.

They also help candidates in searching for location-based job opportunities on the phone. Vivek says,

Employment in India is dominated by small employers and the highly fragmented unorganised sector. Non-farm, blue-collar work accounts for vast majority of employment. This provides a significant market opportunity for an omni-channel provider to help with convenient job discovery and an opportunity to extract values from both employers and jobseekers.

Saral Rozgar is an internally incubated business of Tech Mahindra.

In 2013, after TRAI’s new regulation, which led to a significant dip in the number of subscriptions, the platform evolved its business model. It introduced Saral Rozgar job card and a physical distribution model. Through this, job seekers can register via the value added service, buy a job card, or online. This turned out to be a boon for the platform and led to a rise in reach and availability.

Jobseekers can avail the service by paying a minimal fee for assisted registration. Under this, job seekers receive relevant job alerts for a stipulated period. They can also register for free service. Currently, there are over 2.5 million paid job seekers are registered on the platform.

Besides, employers can purchase subscription packages (cost per connect) and can additionally buy verification services. Employers can also pay for campaigns for bulk hiring.

In 2015, the company organised more than 25 job fairs in 20 cities, which saw participation from over 25,000 jobseekers and 165 companies. More than 7,500 candidates got job opportunities.

It claims to have a jobseeker base of over six million, across 150 job categories. With over 10,000 employers on board, there are 1,50,000 live job opportunities in the repository. More than 1,00,000 jobseekers have found the right jobs using this service.

According to the Confederation of Indian Industry, only 14 percent out of the 500 million Indian workforce accounts for the formal sector and the remaining 86 percent is part of the unorganised sector.

The total current workforce that is employed in the blue-collar and entry-level job market is 117 million. There are 51 million job providers for this segment.

To cater to the high demand market, Babajob, Aasaanjobs, Nanojobs, BookMyBai and many others are offering service in this segment.

Next plan of action

In terms of technology, the platform claims to focus on automation, analytics and predictive analysis.

Apart from plain vanilla packages, it will provide value added packages – cost per shortlisted resume or per shortlisted candidate or interview line-up. As a logical extension, it has now introduced a hire-train-place model to keep in line with industry needs.

Going forward, SaaS solutions such as HRMS and CRM will also be introduced.

“We are upgrading services for job seekers also - we will be offering them location preference and also career counseling tips to get the right jobs basis their skills. The app will play an important role going forward as penetration of smart phones and mobile internet is increasing,” says Vivek.

Saral Rozgar, which began with a team of 25-30 people, is now a team of 300. It is planning to hive off into a separate business.

“Since Saral Rozgar was internally incubated, a small investment was directed towards product and technology setup. We quickly realised that the potential was much larger than we had initially anticipated. Entrepreneurship culture had to be encouraged and the idea had to be institutionalised. Over the period, we have built products, added layers and service extensions and invested in creating mass awareness of Saral Rozgar,” concludes Vivek.