A drop from 85 Series B deals to 35 deals this year — has the much discussed winter finally arrived? 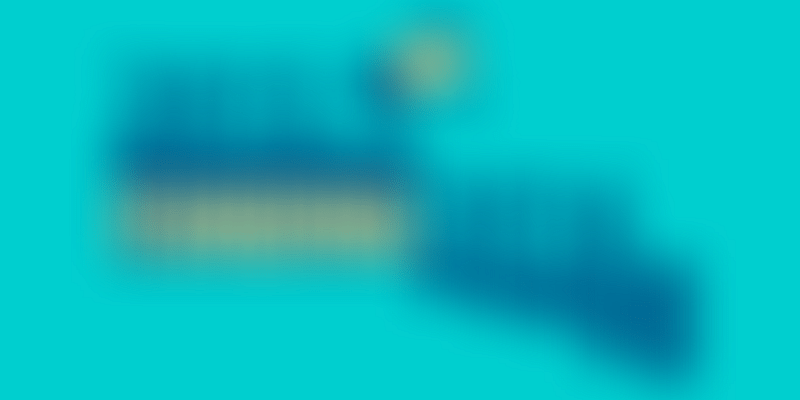 “The ride is getting tougher. As an entrepreneur, raising the next stages and growth rounds of funding in the current market are difficult. The time taken in due diligence and convincing the investor is longer; what once took two to three weeks now goes on longer and might just not close as well,” says Akshay Mehrotra, Co-founder, EarlySalary.

The winter everyone had been prophesying seems to have arrived and entrepreneurs looking for funding — especially growth funds — are no doubt feeling the chill. A quick comparison of the number of deals closed and their values, between last and this year, prove that investors now seem to be wary and a little more risk-averse.

A wary bunch of investors

Agreeing to this shift, Parag Dhol, Managing Director, Inventus Capital believes that hedge funds have gone into hibernation. After the excesses of last year, most investors seem to be cautious about the bets they make.

If you look back at 2013 and the end of 2014, you would remember a handful of investors who were willing to take bets in growth stages. It was 2015 that saw investors like SoftBank and Tiger, who essentially got into higher rounds, beginning to make aggressive bets.

However, even the investors who would invest before last year’s funding madness are being cautious. This is especially true of investors who have been around and actively invested in Series B rounds.

Parag adds that Inventus Capital’s companies looking to raise Series B and higher funding rounds are finding that the process is taking longer and that it is getting more difficult to convince investors. He says:

There are more “no”s; you need to contact more investors. Some of our B2B companies that have a decent monthly revenue of Rs 1–1.5 crore and have hit profitability are still finding it difficult in getting growth-stage investors. Clearly the days of getting deals done in three or four weeks are long gone.

Back to business basics

What seems to have brought in this change? Many businesses and bets made didn’t have the basic unit economics right. That, Parag adds, has caused many deals to go sour and not do as well as anticipated, and very few businesses have actually scaled. Investors, therefore, are now taking a pause.

Now, the focus is on business models, unit economics, and profitability. Sashank Rishyasringa, Co-founder, Capital Float, which raised its Series B funding early this year, adds:

The market in the last few months has started putting in greater emphasis on unit profitability, the path to breaking even, and sustainability of the business model. This has set a trend in the market for the year. These metrics, however, take time and discipline to build and need a measured approach to scale.

Also, SoftBank’s investments — Housing, to be specific — didn’t exactly fare well, despite the $20 million investment intended to give the online real estate portal a boost. The startup’s valuation dropped from $250 million in November 2014 to $50 million in October 2015.

Srini Vudayagiri, Investment Director, Peepul Capital, adds that the last year was one of frenzy, excess, and exuberance. He feels the strong FOMO (fear of missing out) mentality was leading people astray.

Many ideas were simply imported from the Valley or China, and everyone was convinced about their model being the next big thing despite differences in markets and populations.

Conservative businesses can survive the winter

“We have been conservative in our fundraising process, so the shift in markets is something that we have been prepared for, especially after having been part of multiple recession cycles,” says Tanay Tayal, Co-founder, Moonfrog Labs.

While agreeing that there is a drop in funding, Tanay says that last year was an anomaly. It is also a cyclical mode of investments. Sashank adds that the focus on unit economics has led to metrics that help build strong models and better businesses being given more importance.

Shan Kadavil, Co-founder, FreshtoHome, who is looking to raise their next round of funding, says that contrary to the market trend, they are getting strong investor interest. He adds that investors will always want to invest money, the only difference being that they are now focused on saner bets. “The focus is on companies that have a good bottom line, unit metrics, and good gross margins,” says Shan.

Akshay adds that last year was the year for foodtech, with investments being made on a founder’s educational background, but this year the focus is on whether the founder has work experience and some semblance of understanding business and business models.

Adding to this, Srini says:

The ‘Uber for X’ model was simply exploding everywhere. Basic business models were blind-sided; startups were invested in on the basis of PhDs or degrees. I remember being one of the odd ones for asking basic unit economics and models. Today, this is what seems to be driving investments.

Many believe that this crunch in funding is good and will help straighten the economy. Mukesh Singh, Co-founder, ZopNow, says that in most cases of e-commerce startups like theirs, the real revenues are less than 10 percent of the sales made.

Of that ‘real’ revenue, what is being spent is unbelievably large. The right fit is that marketing spend should be less than 1.5 percent of the revenue. This is the basic amount for any basic business. Mukesh says:

There is a fundamental problem when entrepreneurs aren’t frugal, because frugality drives innovation and teaches business sense. The amount of money the investors put in last year got many entrepreneurs and businesses rich without deserving it — that killed innovation. The fire that was there earlier just isn’t there, because if you already have Rs 50 crore in your bank account, in your own spectrum you’ve already succeeded.

With the funding slowdown, secondaries go away, making people work harder, giving better results. With this crunch, meaningful businesses will be built.

A domino effect of macro-economic trends

“I have a theory. If you look at the last cycles of eight years — 2000, 2008, and 2016 — it all coincides with the US elections,” adds Tanay. The markets are especially prone to drop during a presidential candidate’s second term.

Jeff Hirsch, Editor-in-Chief of Stock Trader’s Almanac, adds that the lack of clarity isn’t good for the market. The focus, he said in a CNBC article, is on who investors believe will win the election. He adds that the uncertainty continues till the first year of a president’s term. The money gets consolidated and most hedge funds wait for clarity.

Parag believes that series investors and those who have been investing in India for some time now are aware of the volatility of macro-economic factors — like a Brexit or US presidential election. However, sentiment plays an important part, as we saw in 2015.

The pendulum seems to have moved from absolute carelessness to being over cautious. But like it is with most things, even for the ecosystem’s growth, the best thing to have is a balance.

“As someone who has been a manager, I feel this crunch and correction is good, as it brings in a sense of sanity. However, as an entrepreneur who is looking to raise funds, it isn’t a good place to be in,” says Akshay.