Here's what Indian startups, industry leaders have to say about the GST Bill 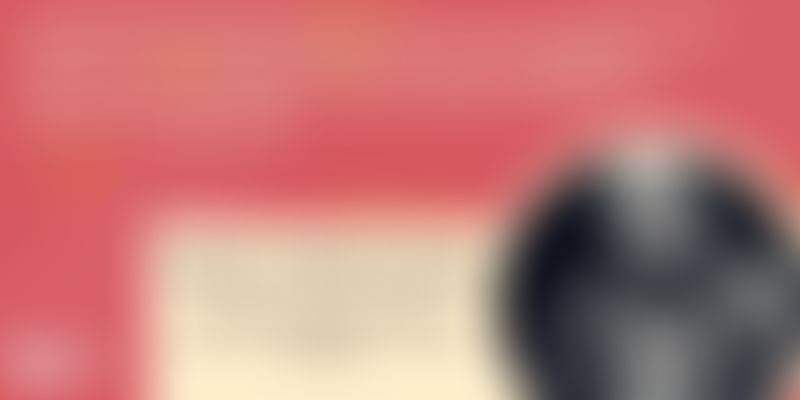 After the 1991 liberalisation act which opened up India's economy to a plethora of investments, clearing the GST Bill was another major leap taken by the country. The government expects the amendment to increase the GDP of the world’s fastest growing economy by upto 2 percentage points.

This tax reform will inevitably cause myopic repercussions but is expected to bring massive affirmative changes and is expected to boost the $2 trillion economy in the near future. According to the US India Business Council, the clearance of the bill will be a “game changer” and is likely to streamline domestic supply chains and remove the compliance burden of contradictory state tax regimes.

In a nutshell, this is how the bill will affect the system:

The bill, introduced by Arun Jaitley in his 2006–07 Budget speech, should be in place by April 1, 2017. If not, it will surely be implemented by the end of 2017 he assured. Having been passed by the Rajya Sabha yesterday, the bill will now have to be passed by the state assemblies, after which it will need the president’s consent as well.

Generally welcoming the bill, a number of startups have spoken about its pros and cons and how they will affect the growth of the ecosystem in the coming years. Here are few of their quotes:

A Flipkart spokesperson in a statement said, “It will be a win- win for all the stakeholders of the Indian economy — lakhs of producers and sellers will have easy access to an all-India market, consumers across the country will have access to quality products at affordable rates, and there will be development of a seamless national supply chain as well as creation of millions of formal jobs.”

Jason Kothari, CEO, Housing.com: “While the immediate benefits of the GST are expected to go to segments like logistics and warehousing and retail-residential real estate, in the long term, the ecosystem should benefit from a unified tax regime, a lesser tax burden on construction materials like cement, steel, etc. This, in turn, can lead to lower construction costs for developers, who can pass on the price benefit to home buyers. The tangible benefits for the home buyer will also depend on the final rate of GST. If the rate is higher than the taxes being paid currently, it could increase the cost of an under-construction flat. However, the GST’s impact on creating a transparent taxation system and boosting business sentiments is very positive.”

Sandeep Aggarwal, founder and CEO, Droom, said, "GST is not just tax simplified but a tax regime that no longer ignores the existence of a digital economy and the 21st Century commerce. Implementation of GST is a great move for e-commerce players. At present, there is a maze of indirect taxes. GST will help eliminate the ambiguity that currently exists and will help to build a unified market across India. This historical economic reform is expected to enhance the operational efficiency of the online business space. Hope government does not pass the burden of implementing GST, operating costs and technology build out to e-commerce companies who to begin with have scanty profit margin of not making loses."

Hari Menon, CEO of BigBasket, said, “If implemented correctly, it will bring relief from one of the key issues faced in the e-commerce segment - cascading taxes. We are hopeful that in the long-run the creation of a unified marketplace will reduce the tax burden, inventory cost and logistical issues; and ensure seamless movement of goods across the country. This will help bring efficiency, transparency and boost profitability and growth of the sector.”

Aditya Kandoi, Co-Founder at CareOnGo: "For health-tech startups, GST will bring in much needed rationalisation of indirect taxes as it will create homogeneity towards levy of state taxes and claim of input tax will be much more seamless. Currently, GST is a major laggard when it comes to inter-state transfer as it doesn't offer any input tax to the trader and hence makes it unviable to buy from different states.”

Dhruvil Sanghvi, CEO and Co-founder, LogiNext, said: “From the technology point of view, there are so many planning and analytics tools available globally which Indian enterprises were not able to use due to a complex tax structure. Companies will now be able to use more advanced tools and technologies to improve their internal operations, and trade cycles across the country will become shorter and faster.”

He further added, “For e-commerce and retail sectors, we had gathered location data over the last three years and it clearly showed that more than 10 percent of the time in trade and transportation was spent at state/city borders due to various tax checks and penalty payments/collections. After GST, this time and cost will be reduced and our optimisation algorithms will be able to suggest better routes for our users. In addition to that, the warehouse planning and positioning will also become much better as there won’t be a need to have many small warehouses across the states. This will unify the warehousing loads and reduce overall cost and time in the end-to-end supply chain."

Dr. Dhaval Shah, Co-Founder of PharmEasy, said, "This will definitely impact the pharmaceuticals industry in a very positive way by impacting the availability of medicines across the country. Overall the logistics cost as well as time needed will go down , which is a big plus in a country like India where reach of healthcare products to rural markets is a big concern. As a startup, tax complications are something that you do not want to deal with in your growing phase. Simplification of the tax regime is something that every startup would appreciate and this will help them focus on their core expertise which is running the show."

Archit Gupta, founder & CEO, ClearTax, said: "The government has crossed a hurdle for GST. This paves the way for our biggest tax reform. The government though has to yet arrive at the GST rate, which is keenly awaited by businesses. ClearTax is going to be a strong partner in helping Businesses and CA firms with integrated technology for GST compliance. GST will lead to faster movement of goods. Also, wider availability of input credit. While there will be ease of registration, some of the compliance provisions need deeper evaluation as details are still awaited."

Saurabh Srivastava, co-founder of Indian Angel Network, said, “GST is in line with the PM’s focus on ease of doing business by creating one single Indian market, was one of the most awaited steps by Indian business and can add a point or two to our Growth rate. There are of course several concerns that still need to be addressed such as the potential challenges that companies supplying services on a pan India basis will face as they will have to seek registrations in 37 jurisdictions ( states ,UTs and the Centre), there may be need for multiple invoices for supply under a single contract if delivered from different locations, valuation can create TP like issues for intra company transfers and “tax collection at source” will be discriminatory for e commerce, making this new age marketplace non viable. Export competitiveness of the IT sector could be impacted by complex billing and invoicing requirements due to place of supply and valuation , reverse charge of GST on import of services used as inputs for export and removal of exemptions for SEZs."

Rakesh Deshmukh, CEO and Co-Founder, Indus OS, said, “For the telecom sector, even though costs are expected to increase, it is less likely to hamper the momentum at which smartphone penetration is growing in India as it is not driven purely by cost but the need for increased connectivity. Two other key aspects of the GST for the telecom sector that government needs to carefully scrutinize are the accrual of tax credits and distinct place-of-supply rules.”

Abhimayu Bhosale, Co-founder, CEO, LiveHealth: "I think the biggest difference GST is getting is the ease of registration process for taxes. We no longer have to worry for service tax registration, VAT registration, TDS, and other registrations. Usually startups have limited time and HR. At least four to six days a month are spent on calculating and paying taxes, which is a lot of valuable time spent. So that'll be reduced marginally and doing business will be simpler for companies to raise and calculate taxes. GST will also give higher exemptions for taxes, like for VAT it's 10 lakh instead of the current 5 lakh.”