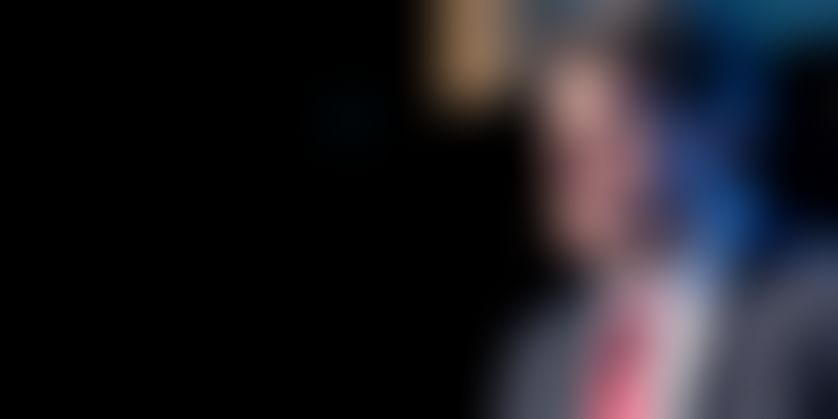 He is visibly tired but he does not act like it. He concedes a word to all the people who want to talk to him and focuses on each conversation, looking the interlocutor straight in the eye. He always has something to say. He sweats in his jacket during this particularly hot Helsinki summer.

Tim Draper never stops. In May, he went back and forth across Europe to attend conferences where he was seen singing and dancing on stage, talking about the university he founded, about Europe, and sometimes even about socialism (not to promote it, obviously). In whatever he did, he always carried with him the self-confidence of being a very successful VC and businessman who backed the likes of Skype and eBay, who purchased a very large amount of bitcoins, and who claims the authorship of viral marketing.

Everything is possible, but not in India

He tells us that one of the things that most struck him in Europe is the frequency with which entrepreneurs repeat the word ‘impossible’. He says,

They [entrepreneurs] say we can’t do this because it’s ‘impossible’, or our competitors can’t do that because that’s ‘impossible’. It’s ridiculous because anything is possible and we prove that over and over again. People just need to recognise that!

Yet, a few thousands miles east, in India, his investing company DFJ has not managed to make it. They pulled out about a year and a half ago because, he explains, “When [an entrepreneur we backed] was not doing well, he would run away from the business and we’d be stuck trying to figure out what to do. Moreover, when things would go well, founders wouldn’t tell us and they’d get us to sell our shares or something of that sort. Then two days later, they’d sell out for a much higher price.”

A successful company that creates value, he continues, is one which,

Honours its contracts and the people who work in it. Entrepreneurs should be fair and feel a sense of a win-win instead of an I-win-you-lose. And then companies should think in terms of helping in the progress of society.

According to him, the disputable entrepreneurial behaviour in India is due to its culture and politics. “When you have a corrupt government at the top, it spreads throughout the entire country and that seems the way people think they can act. It’s all about culture and culture comes from the top. So if you eliminate corruption there, it’ll go all the way through and everybody will be straight and honest. Singapore has this. I am so happy to invest in Singaporean companies! No problem.”

Although he repeats multiple times that, "Modi is hopefully improving the situation,” he remains essentially pessimistic. He says that, “Indians who come to Silicon Valley are awesome, they’re amazing, they build these huge businesses and are very successful, very straightforward, very honest. But back in India, they somehow feel they can do whatever they want.”

In fact, India is a tough market and corruption is a part of it. But there is something too simplistic in Tim’s thesis.

The word ‘impossible’ in a different language

Tim has his point. Policies do influence the relations between people in a company, the contribution of businesses to the national economy, the circulation of talent, the possibility for companies to expand, and, more broadly, the competitiveness of companies in the global market. But ascribing - even in general terms - the whole entrepreneurial behaviour to the conduct of the government is a bit too reductive. There are many reasons for this, including the fact that the Indian Government has a more limited reach with regard to its population than the US - where Tim is from, and that politics is not the only element that determines culture.

But probably the clearest way to explain Tim’s conclusions on Indian entrepreneurs is a failure in understanding the meaning of jugaad. This is a fundamental difference between India and the US, and maybe, to an extent, also between the West and developing markets.

Very broadly, jugaad is the ability to use whatever limited resources are available in order to find a solution to persistent problems. In the English language, it has been defined as ‘frugal innovation’ and it implies an attitude of resilience, while excluding criticism and anger as the first reactions to problems.

Tim Draper has had negative experiences in India as an investor and his reaction was to accuse the ‘Indian culture’, which according to him was determined by the government. Instead, a jugaad reaction would lead him toward examining the problem more closely, looking for causes specific to the entrepreneur first, instead of searching for them in far away places, such as the Indian Parliament. Prioritizing the understanding of a situation over expecting something from it is the jugaad attitude. This generally leads toward turning a problem into an opportunity, and it all goes back to Tim’s saying that “Everything is possible.”

But if critiques are always helpful to push an entrepreneur forward, if you founded a startup in India, ask yourself whether you respect the contracts with your employees, how honest you are with your investors, and how much value you are creating for your society. Forget that anywhere in the world - including the US - these points are never fully honoured (think about the notorious scandals of underpaid and overworked employees at the Amazons of the world, or the imbalance in gender and ethnic diversity in Silicon Valley) and prove Tim Draper wrong.