After exiting from China, Uber makes its first strategic move in India, now lets you book cabs without the app 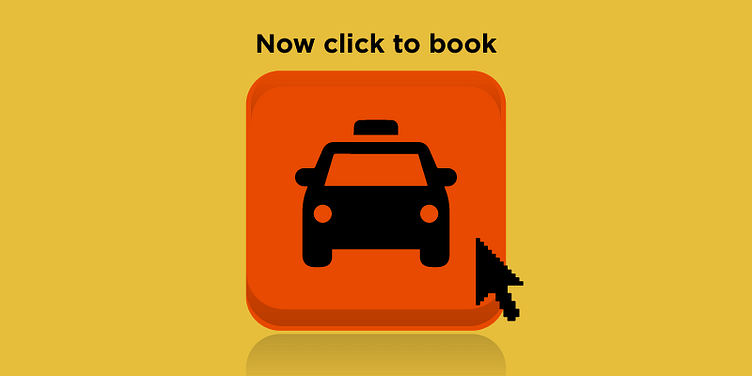 In yet another proof that global companies need to tailor their offerings for India, Uber has now introduced a feature in India that will allow users to book a cab directly from the smartphone without an app. Users will have to log on to dial.uber.com, book a cab, and pay by cash.

This step, which has been introduced specifically in Tier II cities, will undoubtedly help in acquiring new customers as well as make the process easier for existing users.

Enhanced internet connectivity and the app boom have enabled the metro cities to develop by leaps and bounds, but the same has not been true for Tier II and III cities. Firstly, data connectivity has been a challenge due to access, topographical hurdles, and lack of infrastructure. Secondly, foraying into these markets is also challenging for these companies as adaptability takes a little longer.

According to ‘[email protected]’, a 2015 report by the Boston Consulting Group (BCG) and the Internet and Mobile Marketing Association of India (IAMAI), rural internet users will have increased from 60 million in June 2014 to 280 million in 2018. In Tier II, III, and IV cities, the number is expected to expand exponentially, though no specific numbers have been mapped yet.

Uber’s other recent advances in India

Yesterday, the company also announced having hired three top executives to join its Indian management team, a move which will help the company strengthen its business, engineering, and communication verticals.

The company now also has a new Head of Business —Mahesh Bhalla. He had earlier worked with Qwikcilver, a gifting solutions company, where he had served as president. Prior to that, he was the executive director of Dell's Consumer and SMB business in India.

Uber’s India communications team will now be headed by Abhishek Mahapatra, who has moved from Ford Motors in Shanghai, China, to Gurgaon with this new role. At present, the $68 billion-valued startup employs more than 600 people.

Notably, Uber’s initiatives in India have always been different from its other global markets. The company introduced cash payment and pre-paid wallets unlike credit cards in the US and Europe. The company had also introduced transportation categories like auto rickshaws and bikes. The company has been strategising according to the demands and current scenario of the Indian market so as to take on its local rival, Ola. Uber claims to have acquired 40 percent of the market share in India.

Challenges with the government

The pilot bike-taxi experiment uberMOTO was suspended after the Karnataka state government seized the bikes citing that they violated the Motor Vehicles Act. The Karnataka Transport Commissioner had categorically said that these bike-taxi services were in violation of the act and the companies did not take any permissions to ply in the city.

Uber’s $1 billion investment in the Indian market evidently shows its urge to acquire the 1.3 billion market. In China, Uber had $1.2 billion to back it while Didi had $10 billion, which eventually led to Uber’s exit from the China market. On the other hand, SoftBank-backed Ola has raised about $1.2 billion in investments so far and is reportedly in talks to raise a new round of funding which is expected to be around $300–400 million.

This year Ola too has focused on its core business, shutting down Ola Cafe and Ola Store, its food and grocery delivery services.

With the ongoing battle it will be difficult to infer at the moment the fate of any of these companies. Domestic players will obviously need more backing and investments to solve the consumers’ need and to take the game a notch higher. But apart from funding, investments, and acquisitions, only consumers and the delivered services will decide who wins the battle.