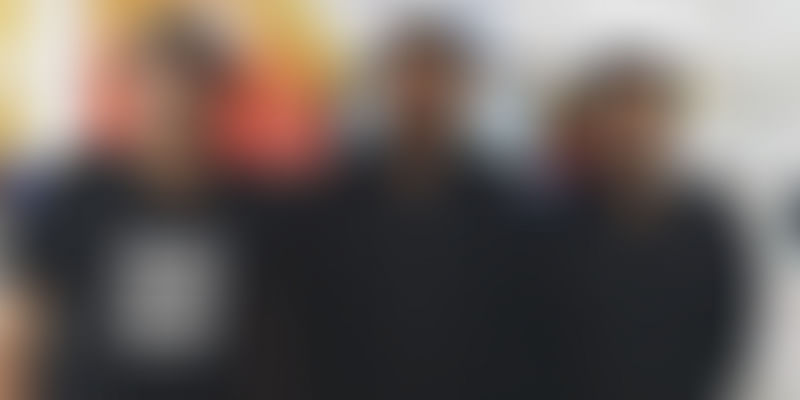 Free online learning platform Unacademy announced on Wednesday that it had raised an additional $1 million in a second round of external investment. The new investment round was led by Blume Ventures, along with Stanford Angels India, WaterBridge Ventures, Sachin Bansal, Binny Bansal, Vijay Shekhar Sharma, Kunal Shah, Sandeep Tandon, Ashish Tulsian and Tracxn Labs. Most of the startup's existing investors also participated in this new round. The startup will deploy the funds towards product technology, research and development, and hiring.

Unacademy was founded by Gaurav Munjal, Roman Saini, Hemesh Singh and Sachin Gupta as an educational YouTube channel. Gaurav and Hemesh were previously running Flatchat, which was acquired by CommonFloor in 2014. Roman, 24, is a doctor from AIIMS and one of the youngest persons to crack the Civil Services Examination. He quit the administrative services from the post of Asst. Collector of Jabalpur to follow his passion and start Unacademy, which was officially launched in January 2016.

Related read: Meet the young IAS officer who quit his job to teach for free

Unacademy claims to be India’s largest free online learning platform that allows educators to create courses using Unacademy's app on various subjects, including exclusive content for various competitive exams. The startup's vision is to get the best minds of the country share their knowledge in an easily comprehensible form. In terms of traction, Unacademy estimates that it attracts more than one million video views monthly now, with their growth so far being mostly organic.

In April 2016, Unacademy had raised $500,000, its first round of external funding round, led by Blume Ventures. Looking back now, Gaurav is happy that Unacademy, which had started out as an experiment, is now among the most reliable sources of online education. He estimates that more than 100 educators have created over 200 courses in the last eight months since the launch of their platform. Some of these educators include Tina Dabi, IAS topper 2016, and India’s first woman IPS officer and Governor of Puducherry, Kiran Bedi.

On her experience with Unacademy, Bedi says,“It took me ten minutes to make a video lesson on 'Time Management and Productivity' on the Unacademy Create app. The overwhelming response from students, along with the simplicity with which the app has been designed, encourages working professionals to share their experience. It is an unconventional way for students to get the perspective of real-life challenges and lessons and makes me believe everyone can be a teacher. I urge Unacademy to conduct lessons and workshops in Puducherry.”

In a span of eight months, Unacademy estimates that over 3,00,000 students have benefited from over 2,400 online lessons and specialised courses on cracking various competitive examinations. Its success stories include thousands of students who have cracked some of India's toughest examinations, improved their ability to speak and write better and increase their knowledge. Gaurav, CEO, Unacademy notes,

Some of our students have today become educators on Unacademy and that is what we call a true educational revolution. India is home to 19 percent of the world’s youth and we are empowering them to take on the world in a manner that classrooms will never do.

Karthik Reddy, Managing Partner, Blume Ventures, believes that Unacademy is a great example of the beginnings of an incredible shift in India’s Internet. He sees Unacademy's plan of leveraging smarpthones to create and consume high-quality curated educational content to be a big change that could kill a lot of ineffective institutional frameworks. He adds,

The product is designed for both lightweight production and consumption—in that it’s ingenious. And it’s an absolutely crack team of young founders for whom all else, including the IAS, didn’t compare to the ambitious goal and impact that an Unacademy can have. This is why we think tech can be such a game-changer even in education in this country.

Education and learning from the best suited teachers and professionals is a global problem, which, I believe, Unacademy solves seamlessly with its interactive and intuitive content. I am impressed by the ease with which educators can speedily upload videos and touch a billion lives with effective lessons. I am confident that the strong founding team of Unacademy is well-positioned to disrupt traditional classroom teaching with more impactful content, and I am proud to back the venture.

Coursera, edX, Udemy, Khan Academy, Udacity are popular global players in the Massive Open Online Course (MOOC) market. Research and Markets estimated that the MOOC sector is estimated to grow from $1.83 billion in 2015 to $8.50 billion by 2020. In December 2015, Khan Academy had partnered with Tata Trusts to create specialised, freely available online content tailormade for India. The education sector is slowly coming of age in India and getting more organised through new age players. In March 2016, adaptive learning platform Byju’s had raised $75 million from Sequoia Capital and Sofina in the largest fund raise by an edtech startup in India. With the number of Internet users in India estimated to reach 50 crore by 2017, edtech and MOOC platforms have tremendous room for growth.

Gaurav mentioned that Unacademy's long-term vision is to partner with the brightest minds and have courses on every possible topic in multiple languages so that the whole world can benefit from these courses. Gaurav says,

Within two months, the Unacademy Create app will be made available to all, so anyone across the world can create lessons in any language they like. After a thorough screening process, we will make the relevant lessons available on our platform that will be free for all to see.

Unacademy's short-term goal is to provide quality content across myriad fields and subjects, from content specific to competitive examinations to basic English learning techniques. Gaurav notes that they are still experimenting with the revenue model for a premium service and have tried out multiple experiments. He said,

For UPSC we launched a test that was bought by 500 people in 48 hours. This was done outside our core product, leveraging Instamojo and Social media channels. So there is scope for revenue and we need to build it within the product.

The Unacademy team currently consists of 14 members and Guarav plans to keep the team lean and hire only four to five more employees to boost their growth plans. About 60 percent of their users consume content on desktop, while the remaining leverage smartphones. He adds that Unacademy is considering launching a consumer-facing app by the end of 2016.