Working moms and why their health needs to be a priority 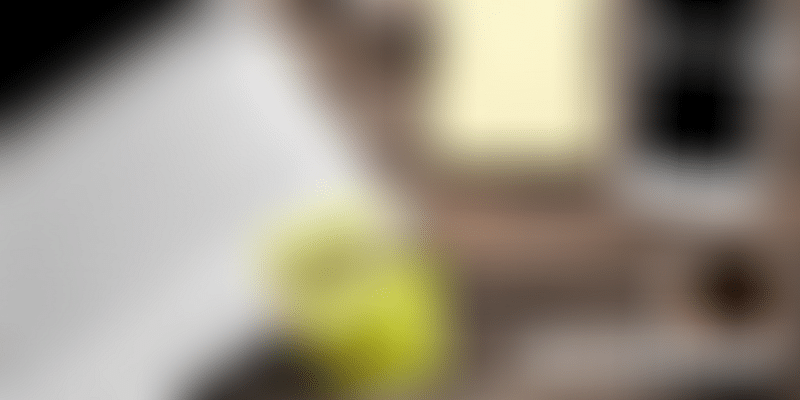 Tanushree (name changed) lives in Bengaluru and has a successful career at an MNC. Late last year, after a hectic day at work, the 34–year-old fell asleep in the bathroom, where her family discovered her in a comatose state. Doctors said the combination of lack of sleep, stress at work, and young children to look after had triggered the episode.

In Delhi, Lakshmi (name changed) too works at an MNC and suffers from headaches, fatigue, acidity, hormonal imbalance, and even blood pressure issues. She has no time for herself. In the process of getting her child ready for school and making it to work herself she skips breakfast. By 1 she starts fretting and contacts the house help to check if her son was picked up from school. Meanwhile she has already consumed two cups of coffee. She grabs lunch at the food court and a few more cups of coffee and tea keep her on her toes till 6.30, when she leaves for home. During the hour’s drive back home she stops to pick up groceries or art supplies that her kid needs for school, and she is already mapping her menu for dinner and breakfast the next day. “By evening I feel I have run a marathon. There is so much multitasking to be done, so many things to wrap your mind around.”

Once home, chores and her child take up her time. A quick peek at her inbox and she is fixating on what needs to be done the next day. “I don’t have time to read, spend time in the hot shower, or exercise. I am snappy and irritable because I am always thinking what needs to be done next. If I am not spending time with the kids then I feel guilty. If I can’t make it to a girl’s night out or a movie date with hubby I feel like a failure — as a mom, a friend, and a wife — because I am not able to do more,” says the 36-year-old.

Lakshmi’s story is that of working mothers across the globe, many of whom collapse like Tanushree. Working mothers still take on the larger share of household chores and child rearing responsibilities. Most urban households in India witness mothers putting in eight hours at work followed by an equal number of hours at home. With technology and multiple apps at our disposal, life has still not become simple for the urban working mom.

Moms are on duty 24X7 as housework is still mothers’ work. According to the Progress of the World’s Women 2015–2016, Transforming Economies, Realising Rights report, across South Asia, women report doing more unpaid care and domestic work than men: 10 times as much in Pakistan; almost seven times more in India; and nearly three times more in Bangladesh.

Stress — both mental and emotional, obesity, blood pressure, and fatigue are some of the common ailments working mothers suffer from.

“Young working mothers today suffer from chronic fatigue and also sometimes guilt of not spending enough time with the child. If they take a sabbatical from their work they feel guilty about their work. Also, they may gain weight as they become unmindful of their own diet,” says Dr Anindita Bhateja, a consultant physician at Sita Bhateja Speciality Hospital.

Arpitha Shankar, a prenatal yoga therapist and Lamaze-certified childbirth educator shares her own experience, “An observation I have made over the years is that chronic migraine, acidity, and thyroid disorders are three common health issues that seem to be increasing among working women with young children. I guess it could be attributed to the emotional toll that a working mother outside home endures and the acidity might be because of eating at untimely hours and too much caffeine.”

There is no doubt that the working mother is stressed both emotionally and physically, which shows up in different complex ways. Sadaf Vidha, Head Psychologist at Type A Thought (formerly Mind Your Mind) points out how “Working mothers have expectations from the husband that he will help at home. Men are mostly unaware of these expectations and this causes a rift in the relationship as the expectations of the wife are never met.”

Remember the Ariel advertisement where a dad is shown apologising to his daughter for setting a bad example and not helping his wife with household chores? It aptly showcases the urban Indian scenario where a vicious cycle is set in motion because men have not seen their fathers share the load and girls have grown up seeing their mothers do the lion’s share of the work at home.

Sadaf shares that, “The stress of the relationship not working well enhances problems since most individuals are not able to compartmentalise things. Mothers keep on mulling about the relationship at the workplace. Sometimes it impacts their work life too.”

What mothers need to do

Dr Anindita Bhateja says “The unmindful eating can cause anaemia and low calcium in them. A good balanced diet, regular exercise like going for a 20–30 minute walk with the baby at least five times a week, and being happy with what you have and what you can do would go a long way in keeping young, working, urban mothers healthy,” she says.

It is easier said than done, scoff a few mothers in my circle. Yet there are others like Nidhi Abraham, a working mother of a two-year old, who beg to differ. Nidhi, an associate manager at a financial corporate in Bengaluru, has joined a workout group near her house that focuses on various forms of exercise like yoga, Zumba etc. She works out for an hour every day and follows a diet plan too.

“I think the reason most mothers tend to ignore their health is that their priorities change and they don’t realise that after becoming a mother their health is even more important. It’s juggling between professional life and motherhood’s challenges that makes mothers put their health on the backseat,” she says.

While there is no doubt that mothers need to take better care of themselves and get better at prioritising their health, the challenges they face need to be reduced too.

Fathers have to wake up to the challenges women face and have to be equal partners in work, childcare, and other unpaid domestic tasks. This will not only considerably reduce the pressure on women but in turn give them more time to pursue other activities in their free time.

Sadaf says, “All the stakeholders — mothers, husbands, and the government — need to pitch in to ensure that working mothers are healthy. Women have to not set unrealistic goals for themselves or not follow unrealistic expectations of others. Husbands and in-laws need to participate actively in childcare and have realistic expectations from the mother. The government can do better and provide safe crèche and daycare facilities which are certified so children’s safety is not an issue.”

According to the Progress of the World’s Women 2015–2016 report, despite the benefits to society, the unpaid care work predominantly performed by women is not incorporated into the calculation of GDP, reflected in other macroeconomic indicators, or taken into account in economic policymaking. In India, for example, the total value of time spent on unpaid care and domestic work was estimated to be equivalent to 39 percent of GDP.

39 percent is a huge number and hence it is essential for the government to do more for the mothers. The government needs to recognise and reduce the unpaid domestic work women do and also invest in basic childcare service, family-friendly policies, flexi work timings, social services and infrastructure.

To ensure a healthy mom, the government, workplaces, and families need to create an environment where working mothers don’t feel hemmed in by unrealistic expectations and find the time and resources to focus attention on their health. If we reduce the stress on the mother, we will see an immediate effect in the health and fitness of mothers across India. It has to be a combined effort but the fist step can start from home with the husband and the in-laws.