Steve Jobs’ 4,000 lattes and other hilarious pranks involving the iPhone 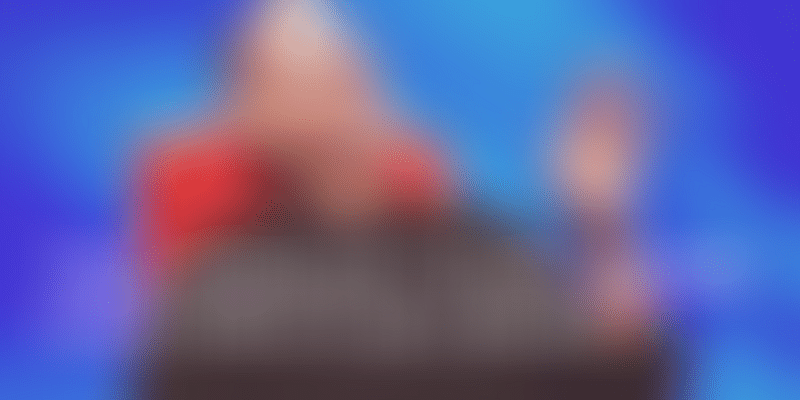 Since its launch on January 9th 2007, the iPhone has been a cultural phenomenon with customers willing to stand in mile-long queues to get their hands on Apple’s latest technological marvel.Here are some of the most hilarious pranks involving iPhones.

During the original iPhone launch in 2007, Steve Jobs was at his jovial best talking passionately about the advances that Apple had made with the iPhone. He also peppered his talk with a number of jokes and a memorable prank that is still remembered today.

While demonstrating the Google Maps integration on the iPhone, Steve Jobs decided that he wanted to have a cup of coffee. So he picked his location as ‘Moscone West’, searched for Starbucks and picked one of the outlets that popped up. He then proceeded to call the outlet, while on stage. After a few rings, a Starbuck’s barista answered,

“Good morning from Starbucks. How may I help you?”

Much to the delight of the audience, Steve Jobs then proceeded to answer- “Yes, I'd like to order 4,000 lattes to go, please.” And after a short pause added, “Just kidding. Wrong number. Goodbye!”

Believed to have originated on popular website 4chan in 2013, iPhone users were treated to an ad in a font and style that was eerily similar to official Apple announcements. The detailed ad claimed that on updating to iOS7, iPhones and iPads would automatically become waterproof.

The ad claimed that iPhones would be able to detect changes in ‘thermo distribution’ and a smart switch would shut off the iPhone’s power supply and protect the delicate components from damage, if the phone got in contact with water.

The ad further noted the waterproofing was now covered by Apple’s warranty policy. The result was as expected when many non-tech savvy users tried to test this feature out.

Soon after the launch of iOS 8, 4chan served up another fake advertisement that described a new method of charging iPhones described as ‘Wave’ charging. The ad claimed that users upgraded to iOS 8 could wirelessly charge their iPhones through ‘microwave frequencies’ as a result of the new drivers that interfaced with the device’s radio-band.

To charge their iPhone they needed to place their devices in a household microwave for exactly 90 seconds.

Many Apple users tried to test this claim and were left disappointed with a ‘toasted’ iPhone.

When Apple launched the iPhone 6 and 6s, the company’s first phones that featured larger form factors of 4.7 and 5.5 inches, they encountered the now infamous ‘bendgate’ issue. Because of a design flaw, some iPhones showed signs of bending under normal use and caused widespread panic, with many users asking for replacements.

At this opportune moment, a fake ad claiming that ‘Bend’ was actually a feature and not a flaw surfaced online adding to the confusion.

While this entry doesn’t include an iPhone explicitly, it is one worth mentioning. Steve Jobs was a marketing genius who knew how to sell his products. While his famous ‘Think Different’ ad from 1997 helped revitalise Apple’s brand, the famous "Get a Mac" series that featured 66 ads won over Apple fanboys.

Following a set format, the ads started out with actors John Hodgman and Justin Long introducing themselves as a PC and Mac respectively. The ad would then poke fun at Microsoft’s incompetencies and how Apple was better.

The most memorable video in the series was showcased at Infoworld, where John pretended to be Steve Jobs and joked that he was shutting down Apple. Check out the full ad spot here-

Did you fall for any of the above iPhone pranks? Do share any thoughts in the comments below.

Related reads: Highlights from the first iPhone launch and how you can tune in for the iPhone 7 launch tonight

Gear up, Apple loyalists – here’s what you need to know about the iPhone 7

Apple and Google count on design thinking for innovation. Here’s why you should too