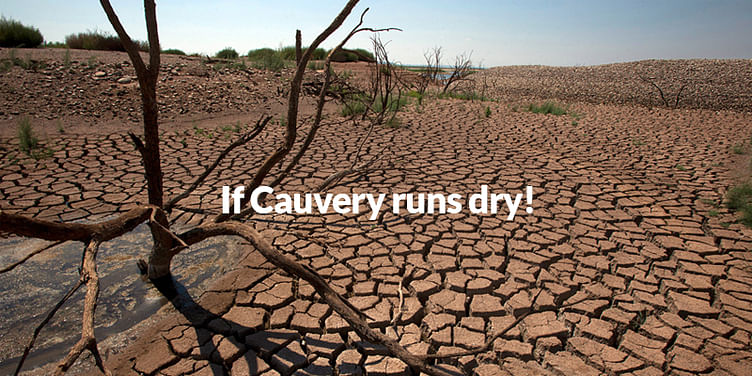 The Supreme Court verdict asking Karnataka to release 6,000 cusecs of Cauvery water daily to Tamil Nadu till September 27, coming on the heels of the unprecedented violence the city witnessed on September 12 after a similar order, has made Bengaluru’s business community rather uneasy.

Uncertainty once again looms large as the state prepares to brace itself for the collateral damage and loss which had been pegged at between Rs 22,000–Rs 25,000 crore by ASSOCHAM during last week’s disruption.

Brand Bengaluru had taken a severe beating as the government allowed miscreants to take control of large parts of the city.

After today’s apex court order, police and paramilitary forces fanned out across the city to ensure that protestors did not vandalise public property. The three border crossings between the two states have been shut from yesterday, with the police in both states not allowing private and public vehicles to cross into each other’s territory, affecting commerce and travel.

Karnataka Chief Minister Siddaramaiah has called for a cabinet meeting on Wednesday to discuss the issue and decide the future course of action.

Travellers from Bengaluru to Kerala were greatly inconvenienced as buses were turned away from the Tamil Nadu border and asked to take a circuitous route through Mysore. Sandeep S, who travelled in a Karnataka-registered bus to Kochi last night said the multi-axle vehicle had a tough time negotiating the route via Mysore-Virajpet-Irraty as the ghats and narrow culverts were difficult to cross. He said:

“These multi-axle buses normally go through Salem-Coimbatore-Palghat where the width of the national highway is wider than the ones in north Kerala where only small buses can negotiate the single lane highways.”

A private travel agency confirmed that many operators were cancelling multi-axle coaches to Kerala while the Karnataka State Road Transport Corporation has already announced that its buses would not operate in Tamil Nadu. Buses owned by the Tamil Nadu government too are plying only up to the border, forcing passengers to trek a couple of kilometres to resume their onward journeys.

Small businesses were already jittery as they waited the entire day to hear from the Supreme Court which was slated to hear Tamil Nadu’s application and finally pronounced the orders around 4.30 pm.

Companies, startups, and business establishments approached by YourStory were not ready to comment on whether they would be open on Wednesday, saying they would play it by ear.

In Bengaluru, most tech companies have given employees the flexibility to work from home during emergencies, but ITeS companies cannot afford this luxury as employees will have to attend calls from different time zones.

“We have not announced any holiday tomorrow. We are hoping the cabs would run normally and pick up our employees. A strong police presence and the arrest of troublemakers has sent a proper message to would-be miscreants,” said an HR manager at an MNC research and development firm in Whitefield.

After the September 19 vandalism, police questioned 2,000 people. They have arrested more than 200 and booked cases against them for targeting a linguistic minority, creating public disturbances, obstructing the movement of fire trucks, indulging in vandalism against business establishments, and targeting around 100 Tamil Nadu-registered buses and trucks, most of which were burnt to ashes. Nearly 300 more have been taken into preventive custody.

Section 144 or orders prohibiting the assembly of five or more persons continues to be in place in Bengaluru city.

The opposition — BJP and JDS — has asked the Congress-led state government to immediately convene a session of the state legislature to discuss the issue.

Former chief minister and Karnataka BJP President B.S. Yeddyurappa said he was terribly disappointed by this “most impractical, unscientific, and grossly unfair verdict which seems to have been taken without taking into consideration the genuine plight of Karnataka, which has inadequate water to meet its own drinking water needs.”

The Cauvery Supervisory Committee had just on September 19 directed Karnataka to release 3,000 cusecs till September 30. Today’s Supreme Court verdict to release 6,000 cusecs till September 27 is nothing but rubbing salt into the wound he said, adding that the SC’s direction to the Centre to constitute a Cauvery Water Management Board with representatives from all the four riparian states is also shocking.

Interestingly, the Bangalore Political Action Committee (B.Pac) led by Biocon promoter Kiran Mazumdar-Shaw approached the Supreme Court to ensure drinking water requirements of Bengaluru and other cities in the Cauvery basin were met and also sought a direction to the Cauvery Supervisory Committee to undertake a study of the basin to assess the storage levels of the dam due to poor rainfall this year.

B.Pac is a culmination of thought by the city’s leading citizens to make Bengaluru better. It helps groom future civic leaders and contributes to key areas that need development. In its impleading application filed on Monday, B.Pac contended that the citizens’ right to drinking water as protected under Article 21 of the Constitution must be given due attention.

The Karnataka government is expected to ensure that there is no disruption, at least within the city.