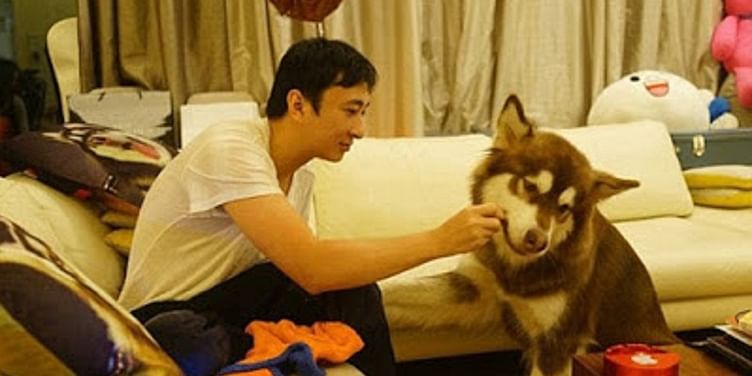 Wang Sicong, the only son of China's richest billionaire reportedly bought eight iphone 7s worth $9,584 for his pet dog on the day of its release.

Twenty-eight-year-old Wang, the only son of billionaire Wang Jianlin, chairman of Dalian Wanda Group, posted two photos of the Alaskan malamute named Coco, sitting on a couch surrounded by iPhones still in their boxes last week, on the verified Weibo social media account of the dog, which has nearly 1.9 million followers.

Not sure what people are showing off on social media about. There is nothing to show off. I was forced to take action.

Forbes has put his father's net worth at $33.3 billion and is the world's 20th richest billionaire. This is not the first time Wang Sicong has doted on Coco this way. In 2015, he attracted widespread outrage in China after posting photos of the dog wearing two Apple watches worth upwards of $37,000. He is a part of China's second-generation rich, the sons and daughters of tycoons that are best known for flaunting their lifestyles, the report said.

Nicknamed 'the nation's husband' for his status as China's most eligible bachelor, Wang Sicong has come under fire from state media for his ostentatious display of wealth. Wang Sicong has also opened an online shop to mark the dog's birthday, called Coco Wang, which sells a line of doggie-inspired toys and accessories, from tote bags, flasks to mobile phone cases. All of them carry cartoon illustrations of the pet.