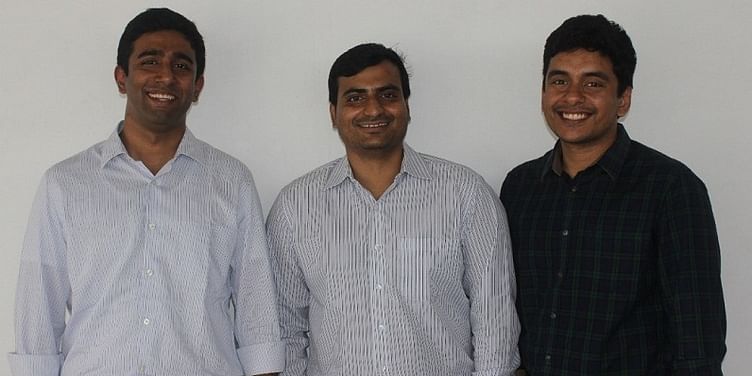 About 18 months ago, two IIT-IIM alumni and an XLRI alumnus got together after a four-year stint in the corporate world to make a dent in the human resource software product universe. While Jayant Paleti, Rohit Chennamaneni and Chaitanya Peddi were working in consulting companies like McKinsey and Ernst & Young, they realised that the businesses that they were advising - to raise money - did not have proper HR functions and did not view HR as a strategic function.

"I was surprised to see that the founders were not able to speak about the HR function at a board meeting. They had no idea about the attrition in their own company and claimed that it was less," says Jayant, Co-founder of Darwinbox. He adds that since the global company did not worry much on the attrition number, they did not investigate what the founders had informed them. "This had annoyed me because during fund raising negotiations you have to be thorough. But that's when I sensed the opportunity too," says Jayant. He then had to ask the founder of the company to dig into their HR data and found out that attrition was more than what the founders had claimed it to be.

The fact that there were three different HR softwares in that office made data capture even more difficult. This incident happened in November 2014. That's when Jayant called his friends Rohit and Chaitanya to discuss whether they could build a platform which can make HR intelligent and strategic rather than a function. They unified every solution - in to their product - such as payroll, hiring, candidate sourcing, referral management, employee management with easy documents - for their use - and analytics. "The modern organisation has to be nimble and it needs software that can scale up and not wait for implementation cycles that take six months," says Jayant.

Since the three of them were coders and programmers, they decided to build the platform from ground up. While they based themselves in Hyderabad, they also studied the market by keeping their day jobs between 2015 and in January 2016 - when the product was ready - they quit their jobs and started Darwinbox. The name was a pun relating to the theory of evolution. They started the company with an investment of less than Rs 30 lakh.

They quickly went after the market.

Recently, the logistics company Delhivery went shopping for an end-to-end HR solution and spoke to numerous corporate groups for a fix pertaining not only to data capture, but which would also be mobile-first and employee-centric. They asked for integrated tools like self-evaluation, which the large companies did not deliver at the desired cost, and which were not readily deployable. But then they came across Darwinbox. The founders were able to quickly understand Delhivery's needs, and in six months of meeting, closed a deal to deploy HR for 16,000 of its employees.

This deal broke the market for Darwinbox, which has more than 20 clients who have signed up to work on the platform. The company works on a per employee basis and is scaling up fast. It has also raised an undisclosed round of Venture capital money from 3One4 Capital and three other investors.

Gartner estimates the Human Capital Management software industry to be worth $17 billion by 2019. Darwinbox will compete with larger companies likes of Ramco, PeopleStrong and CentraHub. "Since India is filled with a lot of legacy companies upgrading their software, startups will make sense to work provided they can understand the scale at which a company operates," says Mohandas Pai, Co-founder of Aarin Capital.

But the three men from Hyderabad have figured that their technology can scale because of the cloud and they have the consulting experience to back them up to succeed.