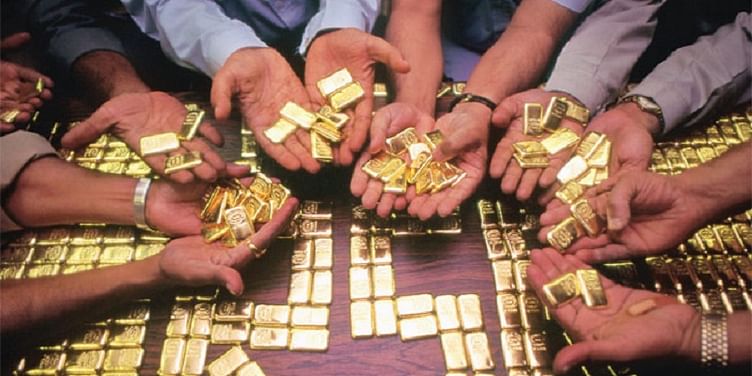 A major gold smuggling racket involving the smuggling of around 7,000 kilograms of gold worth more than Rs 2,000 crore has been busted by the Delhi Zonal Unit (DZU) of the Directorate of Revenue Intelligence (DRI). Spread over the past two and a half years, this probably is the single biggest case of detection of gold smuggling by any agency in India.

The case came to light when the intelligence officers seized 10 kilograms of gold at the domestic cargo terminal of IGI airport, Delhi on the night of 1st September this year. The gold bars of 24 carat purity were admittedly smuggled into India through the Indo-Myanmar land borders and were brought to Delhi from Guwahati by a domestic flight. The market value of the total seized gold was about Rs 3.1 crore.

Using the same mode of operations, smuggled gold has been brought to Delhi from Guwahati on 617 prior occasions. To ensure that the smuggled gold would not get detected by Customs, they were shipped across as valuable cargo in domestic flights. Until recently, smugglers had been known to be using train and bus routes to carry smuggled gold into different parts of India.

Two of the accused, a Guwahati-based businessman and his Delhi-based aide, have been arrested by DRI in Delhi. The businessman was also involved in many cases of smuggling of gold in the past, wherein 37 kilograms of gold worth Rs 9 crore was seized by DRI. He was also arrested by the Guwahati Unit of DRI in February, 2015 for smuggling gold of about 12 kilograms, and was later released on bail.

The intelligence agency has been successful in effecting sizable seizures of gold of foreign origin, emanating from Myanmar, including the seizure of 87 kilograms of gold in March, 2015 at Siliguri and 58 kilograms at Kolkata in August, 2016, in which 12 people were arrested. In another case involving the seizure of 12 kilograms of gold in Mumbai in August, DRI investigations revealed that the same group had smuggled 700 kilos of gold, valued at over Rs 200 crore, in the preceding 18 month period, an official release said.

Earlier in September, foreign currency notes of $ 750,000, valued at about Rs 5 crore, were seized near Siliguri from a truck bound for Manipur for smuggling to Myanmar; the money would have been used to purchase gold and smuggle it back from Myanmar. Very recently, the DRI Guwahati seized 27.5 kg of gold from a Bolero, valued at Rs 8.56 crore, which was smuggled from Myanmar through the Moreh border with Manipur.

Intelligence reveals that huge quantities of gold bars of foreign origin are being smuggled from Myanmar through the Indo-Myanmar border adjacent to Moreh and from the Zokhawthar area in Mizoram. Intelligence indicates that activities relating to the smuggling of gold bars are continuing unabated. Detection of the smuggling of gold through the Indo-Myanmar border is challenging due to the topography and porosity of the land border.

However, with the increased number of successful busts, the illegal import of gold has drastically reduced from 274 metric tons to about 107 metric tons between the months of April and July this year, when compared to the previous year. The total gold import in 2015-16 was about 855 metric tons, valued at about Rs 1,79,172 crore.