Observant and intuitive, this intelligent technology is a game-changer for businesses to better understand their customers 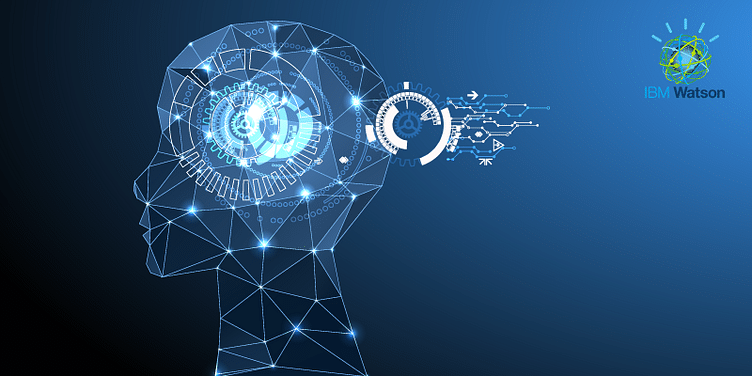 This story is sponsored by IBM

Even till a decade ago, the term Artificial Intelligence was relegated to the realm of fiction – a world where machines would think, understand, act and complete tasks by mirroring human capabilities such as learning from thought, experience, and the senses. Today, the lines between fiction and reality are increasingly blurring with advancements in cognitive computing.

Cognitive computing can be defined as the simulation of human thought processes by a computer using self-learning systems such as data mining, pattern recognition, and natural language processing to mimic the way the human brain works. The ultimate goal is the creation of automated IT systems that are capable of solving problems without requiring human assistance.

With interest in these technologies having exploded over the past couple of years, everyone from networking firms, semiconductor manufacturers, and even pizza chains seem to be caught up in what an article in the San Jose Mercury News described as “the latest Silicon Valley arms race.”

One of the leaders in the deployment of business model transformation through cognitive technologies is IBM. In January 2014, IBM invested $1 billion to launch the IBM Watson Group business unit. At the launch, IBM Chairman and CEO Ginni Rometty said, “For those of you who watch us, we don’t create new units very often. But when we do, it is because we see something that is a major, major shift that we believe in.” This major shift is what IBM considers the dawn of a new era in the technology sector—the “cognitive computing era.”

A computing system capable of answering questions in natural language, Watson was specifically developed in 2011 under IBM's DeepQA project to answer questions on the television quiz show ‘Jeopardy’, which it went on to win against former champions Brad Rutter and Ken Jennings. Watson, which had access to 200 million pages of structured and unstructured content consuming four terabytes of disk storage including the full text of Wikipedia, was not even connected to the Internet during the game. It only had trouble in a few categories, notably those having short clues containing only a few words.

At IBM’s Amplify conference, held earlier this year, cognitive technologies were in the spotlight once again, with a of lot attention on the tremendous advantages they provide to businesses. Watson, with its ability to use natural language processing and machine learning capabilities, was in particular focus for putting the customer at the centre of each campaign.

Marketers are gaining deeper insight into customer preferences, discovering new patterns, getting to know each customer on unprecedented levels, and having the ability to fine-tune campaigns on the fly. This is further enhanced with data from other sources such as social media.

Now IBM is making this same technology available to developers to bring cognitive computing to Internet applications in general. While the first applications were created for the healthcare sector, IBM is also exploring opportunities in finance, customer service, telecommunications, and other information-flooded industries.

As part of this outreach to developers and businesses, IBM has announced three new offerings: IBM Watson Discovery Advisor, IBM Watson Analytics, and IBM Watson Explorer. Watson Analytics will make it possible for users to seek out the best answers based on quantitative data from databases and qualitative data from text using natural language search. The Watson Discovery Advisor is designed to recognise patterns in different types of data, assisting researchers in the discovery of underlying causes behind effects.

Meanwhile, Watson Explorer is a technology platform that accesses and analyses structured and unstructured content. Explorer presents data, analytics and cognitive insights in a single view. Explorer gives you the information you’re looking for while uncovering trends, patterns and relationships.

Deloitte Global predicts that by end-2016, more than 80 of the world’s 100 largest enterprise software companies by revenue will have integrated cognitive technologies into their products, a 25 percent increase from the previous year. By 2020, that number will rise to about 95 of the top 100.

Startups, in particular, could benefit greatly from leveraging these technologies. For startups looking to accelerate innovation without making significant upfront investments in hardware or expertise, hosted cognitive APIs like Watson APIs can be a perfect solution. With IBM Watson APIs, a startup with an application developer will be able to start creating a cognitive application within minutes, not months.

It should therefore come as no surprise that IBM Watson has more than 500 ecosystem partners across 29 industries, over 100 of which have already introduced commercial cognitive enabled apps, products and services to the market.

An article in Livemint published in February this year quoted an IBM spokesperson as saying, “There are more than 77,000 developers in total who are prototyping and building cloud-based cognitive computing applications. The Watson Ecosystem is seeing tremendous global growth across a variety of industries, and India is primed for a cognitive transformation.”

But it’s not all business and balance sheets. Watson also has a creative bent and when not defeating humans on quiz shows, designing recipes, and accurately describing the contents of photos, has lent its expertise to the glamorous world of entertainment. It recently assisted with the creation of a film trailer for Morgan, a horror movie. Speaking about the development with Fareed Zakaria on CNN’s GPS, Rometty said, “Watson helped the film editor do this in a day, something it would've taken him weeks to do. And this has been an element in one path we've worked on, which is creativity.”

She adds, “In fact, Watson is “watching” different movies, observing people’s responses and keeping track of what they're responding to. Then it looking for similar elements in the movie for which the trailer has to be created and passing on the inputs to the creative team.

So it's very much based on the idea that these systems can learn and they're learning by observation, knowing how people's brains work, noticing how they emote and react, and putting all that together.”

Watson has also powered learning devices for children. A small, plastic dinosaur from New York-based startup Elemental Path with a voice like Yoda from Star Wars is using Watson's speech-recognition and cognitive abilities to create an interactive experience for children. The toy will ‘converse’ with a child and learn details such as his or her name, favourite colour, and be able to answer the everyday questions children ask in an age-appropriate way.

Despite being a relatively new technology, the potential impact cognitive computing will have on our daily lives is immense. As more businesses invest in developing their cognitive technologies and more consumers embrace it, the fact that this technology is here to stay seems to be a given.