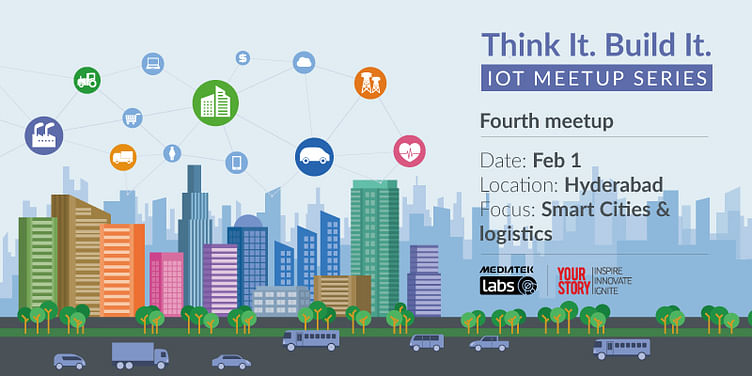 Any mention of the current crop of technologies and the impact they have on the world around them is sure to have the following descriptors– the next big wave, the connected era or other similar phrases. And, the fact is that most of these epithets are true. A case in point, the Internet of Things (IoT). It was predicted that IoT would transform the way we live, work and play, and enable new interactions between humans and machines.

Gradually we are seeing it happen – through sensors that help trace lost goods, wearable products that monitor heartbeat, calories and other health indicators, home automation systems that are enabling effective and efficient use of resources. It is estimated that there will be 80 billion connected devices by the year 2020.

IoT is seeing exponential growth, and almost every industry and vertical is trying to understand how best they can capitalise the advantages that it offers. According to a January 2016 Forrester Research report, one in five firms globally have already adopted IoT, which constitutes about 19 per cent of the total number of firms. It also states that another 28 per cent are planning to deploy it in the near future.

In India too, there is a lot of buzz around IoT. In fact, IoT is an intrinsic part of many innovations and business success stories across sectors. According to 2014 Machina Research data cited at the TiE panel, the global market for IoT in 2020 will be worth $373 billion in revenue, with $194 billion from hardware and $179 billion from software. India will account for $10–12 billion of this total revenue.

Driving this excitement and development are the government, industry and especially startups. The country has witnessed the growth of IoT startups working on solutions in diverse areas such as transport, wellness, healthcare, buildings, homes, factories, agriculture, livestock, electric grids, water supply networks, and of course, solutions for individual consumers. These startups call metros, tier 1 and even tier 2 cities, their home.

Run a Google search for IoT in India, and 9,37,000 results spring up in just 0.73 seconds. Repeat the same with the keywords ‘IoT startups in India’ and the search throws up 6,97,000 results in 0.80 seconds. In other words, there’s a lot to talk about IoT in India. And, initiating this discussion are MediaTek Labs and YourStory.

Register today for the IoT meetup in Hyderabad happening on February 1.

Leading conversations and discussions on IoT through multi-city meetups

MediaTek is a young and entrepreneurial company that has grown quickly into a market leader. It makes the technology that’s at the heart of the things you use every day, from smartphones and tablets, to smart TVs and wearable devices. MediaTek Labs is a new global ecosystem initiative by the company, supporting device creation, application development, and services based around MediaTek offerings in the IoT and wearables domain.

Continuing the conversation in the IoT space through a series of meetups across three Indian cities are MediaTek Labs and YourStory.

At the meetups, you will get to interact with experts from the hardware industry, software manufacturers, incubators, businesses implementing Industrial and consumer IoT, and listen to the views of industry experts on the future of IoT, along with the opportunities and challenges it brings.

If you are a startup or a professional implementing IoT across different industries, then this is the platform for you to network with experts in the IoT domain. If you are a pro-developer/maker and have an idea in the IoT space, this event can guide you on how to explore opportunities to develop solutions for IoT use cases.

In the earlier meetups in Bengaluru and Pune, held in 2016, the meetups focused on Industrial IoT and Location Intelligence. In the upcoming meetup in Bengaluru, the focus will be on IoT and wearables, in other words consumer IoT.

Be there on February 1 for the Hyderabad meetup on Smart Cities and Logistics. Register now!

Today, experts observe that IoT is beginning to see greater role across industries – from manufacturing, healthcare, energy & utilities, transportation & logistics, and more. For instance, an international manufacturing firm is using analytics and cognitive intelligence to derive insights that go beyond just enabling predictive maintenance and using them to design new value-added services.

In January 2016, the Government of India released a list of 20 cities, selected out of a short list of 98 cities that would be given assistance to develop into ‘Smart Cities’. There has been a lot of buzz around this term since, especially given that the remaining 78 will also join the bandwagon by the end of 2018.

But despite all the hoopla, what does becoming a smart city entail? A 'smart city' is defined as ‘an urban region that is highly advanced in terms of overall infrastructure, sustainable real estate, communications and market viability. It is a city where information technology is the principal infrastructure and the basis for providing essential services to residents.’

Taking this conversation around Smart Cities to a whole new level are MediaTek and YourStory with the Smart Cities and Logistics meetup series.

As part of the meetup series, ecosystem partners will address issues such as 'Unblocking India's smart cities potential', and what an Indian smart city will look like in the coming years. This will include discussions on the challenges of standardising a smart city design, which is a complex matter given the immense amount of data collected, which makes standardisation complex.

There will also be panel discussions on 'How IoT can make India's Smart Cities a reality' with a focus on solutions that can be implemented in the next three years.

Incubators and accelerators at the event will throw some light on the challenges faced by the startups in this area.

The event will also be a platform for investors and offer a perspective of what they are looking for. They will have the opportunity to explore what is driving investment in Smart Cities projects and how to monetise data collected.

If you are a startup involved in IoT domain, then the Smart Cities and Logistics meetups the platform for you to network with experts in this space.

This is your opportunity to make meaningful business connections and discover how disruptive IoT solutions and devices can be created and taken to market. Register today.