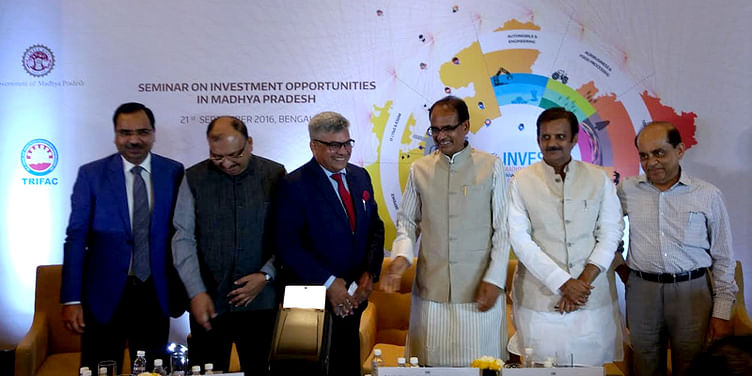 Chouhan, who was in the city on a road show for the upcoming 'Global Investors Summit-2016', also said the state has now become power surplus and would support investors with "customised packages". Chouhan told reporters on the sidelines of the investors' meeting that,

There are huge opportunities for heavy to small scale industries in MP. Every sector has different policy. There are customised packages also for setting up industries. We have created a venture capital fund of Rs 100 crore. If somebody with an innovative idea wants to set up an industry, we will invest in the company. After the company becomes successful then we will withdraw the amount and invest in other company

He said MP, which was "sick state" ten years ago, is now zooming with 10% annual growth rate. According to him, the agriculture sector has been growing at over 20% for the past four years. Inviting investors to the central Indian state, Chouhan said Madhya Pradesh is quite ideal for setting up industries as it has huge land bank and industry-friendly policies. There is no inspection raj. There is no harassment or red tapism in the government, he added.

A senior official of the state government said Madhya Pradesh received investment proposals worth over Rs 6 lakh crore during the Global Investors' Summit held in 2014, with over 50% if it translating into reality. This year the summit will be held on October 22 and 23 in Indore, the commercial capital of MP

Later in August this year, the North Eastern Development Finance Corporation Limited (NEDFi), in collaboration with the Ministry of Development of North Eastern Region (M-DoNER) is set up the North East Venture Fund, a dedicated venture capital fund for the region, to encourage startup ventures in the northeast region.