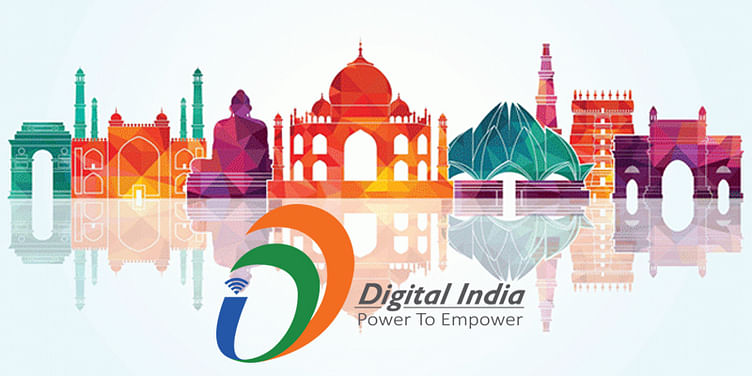 We all know that one of the World’s most talked about politicians, Narendra Damodardas Modi, is quite the social media bug. Since his ascent to the hot seat of Prime Minister in 2014, he has made about 52 foreign trips on six continents, hopping across 43 different countries. While we have all opened up our newsfeeds to see Modi’s up-close selfies with the who’s-who of the world’s greatest political entities, it’s important to note that he is one of the first Indian politicians to understand the value and influence of digital media in bringing about a real reputation. Going by the extensive use of digital media for his campaign to win the most powerful seat in the Government, it was only natural that he would once again turn to the medium that helped him win over a million votes – this time to implant effective governance in the nation.

In August 2014, Modi put forth the idea of a Digital India to make the country more digital friendly, bringing the public and the government closer in communication. Accordingly, the programme attempts to connect the various Government Departments and the Indian public, digitally or electronically, for better national governance across all reaches of the country.

To this end, there are three major components of Digital India: Digital Infrastructure, Digital Literacy and Digital Delivery of Services.

Since then, the Modi Government has launched a number of apps under the Digital India mission, each offering a variety of features that will allow the public to address the many departments and official authorities more conveniently and vice versa. Here are a few of the more popular ones that are fast emerging as ‘must-haves’ in people’s lists.

The most popular app of the Digital India Campaign, MyGov was launched to invoke Indian citizens to take active participation in many important Government initiatives. Primarily referred to as a ‘citizen engagement platform’, the app was a result of a nation-wide contest to create the perfect app for this purpose and the final outcome was due to the efforts of ‘Team Sanskrit’ from Delhi, which was later facilitated by the Prime Minister himself. Through this app, citizens can log in and share their suggestions, feedbacks and ideas with the Central ministries as well as other Government Institutions. They can also partake in discussions, polls and even formulate groups around their chosen topics of interest.

The face of Modi’s Swachh Bharat drive, this app allows users to create individual profiles and receive initiatives to help participate in the cleaning drive. Users can then take up the challenges of cleaning up an area mentioned, as per the location that is most convenient to them. They can also invite their friends to take up challenges to clean up areas closer to their homes. Once the challenge is completed, the users can then submit their activities and efforts with ‘before and after’ pictures of the cleaned areas in question.

This is an initiative made by the Tourism Ministry to update travellers – both international and domestic – on recommended places to visit, the registered service providers for each, cautionary warnings of fraud and approved travel agents. The users can also search for information according to their location requirements and fix their itinerary around it.

Early last year, Modi launched this app, which aims at direct communication between himself and the people of India. It offers features like latest news and updates around the Prime Minister’s recent activities and also allows users to send in their ideas and suggestions and even interact with him by sending across messages. They will also receive regular information regarding government initiatives and achievements and will even have the option of contributing to various causes.

One of the most useful Government apps, this one allows you to store a range of official documents on the cloud, which can then be shown through your cell-phone screen to a concerned authority for verification purposes. You can store multiple identity cards, including your driving licence, voter’s ID card, Adhaar Card and others, saving you the trouble of carrying your originals around.

The Modi Government is steadily turning India into a digital country, and these apps are just a step into this milestone. So what can we expect in the future?