Calling startups for 'Pitch to the Government’ hackathon in tourism sector 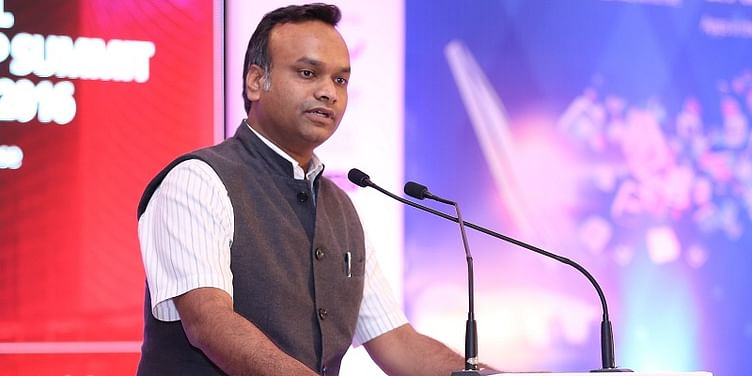 Startups, take note. The Karnataka government is up and working after the last few days of sluggishness due to the ongoing Cauvery waters row between Karnataka and Tamil Nadu.

Coinciding with World Tourism Day on September 27, the Karnataka Startup Cell and the Tourism Department are organising a hackathon to crowdsource innovative applications that can promote tourism in the state.

It is a first-of-its-kind initiative in the country and a great opportunity for startups developing apps for the tourism sector. We are hoping to adopt a few ideas to boost tourism and tourist experiences in the state and Bengaluru. The winners will be eligible for funding upto Rs 50 lakh,

The hackathon, named ‘Pitch to the Government’, is an attempt to identify those with innovative solutions and products that can be piloted or used immediately. “That means we will be looking for serious players as well as those who have taken their idea to an advanced level,” said Kharge, who had earlier made an announcement that the tourism department would set aside Rs 2.5 crore for those bringing innovation into the sector.

The hackathon is an open challenge to crowdsource innovative solutions and products from startups working in the area of tourism.

“As Bengaluru figures in the top 15 global cities that host startup ecosystems, the government intends to use this vibrant environment to drive innovation through use of technology to find workable and scalable solutions to challenges faced in this sector,” said Kharge, who was allocated the IT, BT and Tourism portfolios in July.

A first-time minister, the 37-year-old has already made several announcements that include Version 2.0 of the IT department’s mandate, introduction of a booster kit for startups, and resourceful use of Rs 200-crore worth of unused funds lying with the department which he has committed to startup entrepreneurs working on innovations in various sectors.

Only early-stage startups will be eligible to participate in this hackathon. They can present their products and solutions which will be used or rolled out within the state government’s tourism department within a short period.

Startups already working on projects that facilitate and promote tourism have to apply online on the Startup Karnataka Portal http://www.startup.karnataka.gov.in/events.

The last date for submission is September 22. Successful entries will be called to make a presentation at a ‘Pitch to the Government’ event on September 24 in the Startup Cell premises.

The jury will consist of eminent members of the startup ecosystem and senior officers of both the departments.

He said that the Idea to Proof of Concept grant of Rs 50 lakh to the winning startups will provide them with a huge boost to take their ideas to the next level.

The winners will have to register with the Karnataka Startup Cell to be eligible for funding. A Memorandum of Agreement will have to be signed between those selected and the department. The applications and solutions will be deployed in collaboration with the objective of greater promotion of tourism within the state.

The funds will be released over a period of one year in tranches based on the business plan of the project and the progress made under the supervision of the tourism department.

Kharge said as the solutions that the startups come out with are expected to be deployed within a short period, priority will be given to startups and products that are at a fairly advanced stage. The government reserves the right to reject any of the entries at the hackathon pitch which is being organised in association with NASSCOM and IAMAI.

Apart from this opportunity, startups in Karnataka have several ways and means to get funds from the government. The Karnataka Startup Cell has already launched its booster kit where selected startups can use cloud-based infrastructure, software tools, and bandwidth and avail services such as mentorship, legal help, and accounting assistance in association with industry partners at highly subsidised rates.

What’s more, Kharge at one stroke removed the condition that selected startups need to compulsorily incubate at one of the state incubation centres. “They can work from anywhere as long as they fulfil the agreement conditions,” he said, pointing out that this was the first such initiative from any government in the country.