A closer look at revenue growth in the app industry 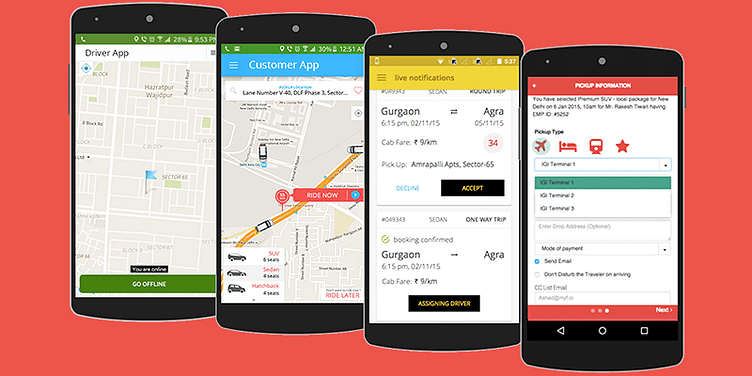 If you take a look around, you’ll notice that most of the people you know have a smartphone of their own. From friends and colleagues to relatives and acquaintances, almost everyone owns a smartphone through which they connect with others and manage their daily activities. This isn’t surprising as the smartphone usage trend is only experiencing an upward trend.

In fact, worldwide smartphone usage grew by more than 300 million users between 2014 and 2015 according to Statista. Their report further predicts that more than 2.6 billion people in the world will own a smartphone by 2019. So what could this mean for the app industry?

The growing trend in smartphone usage can only mean that the number of app users will be increasing as well. Another Statista report shows that more than 102 billion apps have been downloaded worldwide and the number is expected to reach 268 billion by 2017. So it’s clear that the upward trend isn’t just limited to smartphone usage but spread across app usage as well. Since an increase in smartphone users means there will be more people downloading and using apps, the two elements are inter-connected.

Additionally, this increase in app usage will automatically affect the growth in revenue in the app industry. In fact, Statista further goes to report about this revenue growth for apps across the globe. According to their report, the worldwide mobile revenue for 2015 amounted to $41.1 billion. Considering that the upward trend continues with both smartphone usage and app usage, the global mobile revenue is expected to reach $101.1billion by 2020.

This growth can be due to the fact that apps are gradually replacing traditional media like TV and newspapers as channels through which people consume information. NBC saw an 18-percent decline in ratings for the Rio Olympics when compared to the 2012 London Games. Flurry Analytics conducted a study regarding this and discovered that this decline in ratings wasn’t because of a lack of interest in the event but because people were using apps to stay updated with the event. There was a 24x increase in app sessions in Brazil.

Growth for apps in different categories

These numbers look promising for app developers and businesses looking to dip their toes in the app industry. But does that mean every app will experience success? There may be a number of factors that will affect the success or failure of your mobile app. Maybe the category isn’t as popular as other app categories. Maybe you’re not optimising the app properly in order to rank in app store search. Or maybe the app isn’t developed enough in order to get positive reactions from users.

While the last two factors can be controlled by you, you don’t really have control over the popularity of certain app categories. So regardless of how well you develop the app or optimise it for app store search, you might still experience failure because of situations that aren’t within your control. This means that tapping into the latest updates about the most popular app categories can help you come up with an idea that has a fair chance of success.

A study by Flurry Analytics shows that personalisation apps seemed to be the most popular in 2015 with sessions increasing by 332 percent. News and magazine apps came second with an increase of 135 percent, while productivity apps came third with an increase of 125 percent. Lifestyle and shopping, travel and navigation, sports, health and fitness, and messaging and social were some of the other top-ranking app categories.

So, as you can see from the studies mentioned above, the app industry is only continuing to grow. If you’re planning to dive into the market, now would be the right time for you. Got any questions or insights to share? Feel free to leave your comment below.