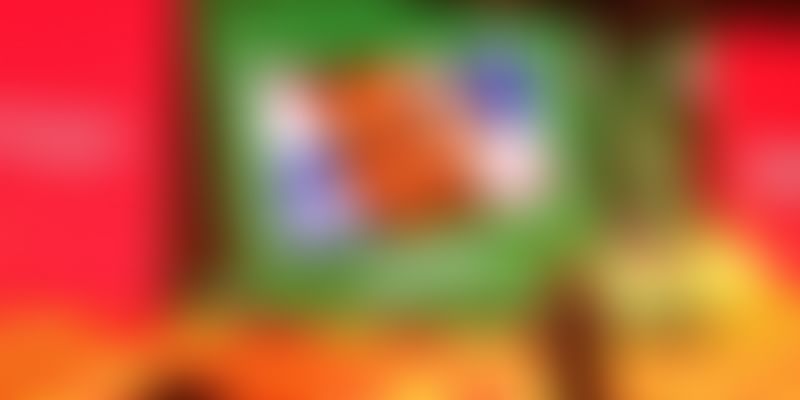 "Aadhaar's growth story is equivalent to that of Facebook's," said Sahil Kini, Principal, Aspada Investment Advisors, as he recalled his days with the UID project at TechSparks 2016, YourStory's annual tech startup summit.

"I was one of the early team members at Aadhaar. I joined the project in August 2010. The first Aadhaar card was issued on September 12 that year. In the last six six years, we have added one billion Aadhar Cards. That's the kind of growth rate Facebok experienced in its first six years," he added. What makes Aadhaar more promising is the application layers that can be stacked on top of it.

Sahil broke down India's economic demographic into three parts - the affluent, the next billion, and those who are struggling. About 7.2 crore people fall in the former category, earning more than $18,000 per year. The next 52.8 crore people earn between $3,000 and $18,000, while the last layer of 61.2 crore people earns less than $3,000.

"I'm interested in the 50 crore people in the middle layer," Sahil added. Stressing on the need to go vernacular, he explained that the 'copy-paste model' of western success stories won't work to reach out to India's large populace. He crunched the numbers to show that out of the billion people with mobile connections in India, only 15 million speak English. This is much lower than the 65 million people whose Internet data usage is higher than 0.5 gigabytes.

"The market is changing," he remarked. In the past five years, price of smartphones and data usage have come down drastically. "Price of a smartphone has come down to a third, while data has become a hundred times faster in the past five years," he added. Internet usage in Hindi growing five times faster than English, while GDP per-capita has doubled in the last decade," Sahil said. With an ability to converse in seven Indian languages, Sahil's insistence on needing to compute in our mother tongue to take technology to a billion users is a given.

Sahil used his presentation to also explain how application layers on top of Aadhaar are changing the game at rapid pace. eKYC (tool for filling application forms) and eSign (tool for signing application forms) are already functional, while Digital Locker (tools for supportive documents) and Unified Payments Interface (for cashless instant payment) are also being brought in. Sahil explained how these moves will become a game-changer as it will lower the break-even investment cost, and impact lives of a much larger user base.

He expanded on how technology of such outreach, accompanied with computing for local Indian languages, holds potential in every sector. From astrology, Bollywood, and cricket, to education, finance, e-governance, healthcare, jobs, sex education, and agriculture, technology will go a long way to solve grassroot problems for the big middle of India. "We talk about Uber for this, Uber for that... How about Ubers for tractors and harvesters? Those are problems really worth solving," he added.