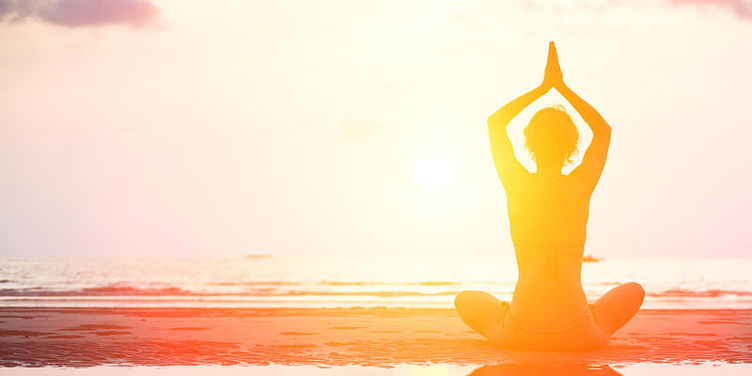 Derived from the Sanskrit word ‘yuj’, yoga means union of the individual consciousness or soul with the universal consciousness or spirit. Yoga is an old Indian body of knowledge. Life existence is due to yoga (union). Yoga is as old as the gods themselves. It is a knowledge which was given by Lord Shiva himself to Goddess Parvati.

It is not just about sets of physical exercises or complex breathing techniques. These are the most superficial aspects of this profound science, which unfolds the infinite potentials of the human mind and soul. Yoga symbolises union, togetherness, and the overall process of healing. It is a union of one’s body and soul which teaches the suppression of all activity of body, mind, and will in order for the self to realise its distinction and attain liberation. Patanjali was a pioneer of classical yoga. He defined yoga as “the cessation of the modification of the mind” (stopping, changing the mind). It develops an awareness of physical movement which leads to improved synchrony between mind and body. An improved sense of connectedness between mind and body gives rise to enhanced control and understanding of our ‘inner sensations’ and state of being .The science of yoga imbibes into itself the complete essence of life, including gyan yoga or philosophy, bhakti yoga or path of devotional bliss, karma yoga or path of blissful action, and raja yoga or path of mind control. Raja yoga is divided to into further parts.

An intrinsic part of life

The process of salutation towards the enormous energies of the five elements through yoga fills the empty soul and binds the physical being, giving it the fullness of itself. This state of contentment and self-realisation of the inner self unites an individual consciousness with the universal consciousness.

Yoga links us to the supreme power of which we are a part. It originates from the power within us. It creates a curiosity to know the path from where we have evolved and the path to move towards for further evolution. It is state of contentment and self-realisation where the search for the inner self ends. It helps an individual discover the inner talents and strengths. It eliminates the fear of being ourselves and gives us the freedom to be the way we always love to be: in a state of eternal happiness. Thus, yoga is as old as humanity.

To most of us, yoga means a mode of physical exercise, weight management, flexibility, peace or mythology, but an appropriate way to approach it would be as a hope of humanity in the world of machines as by its name — connectivity to a meaningless journey.

As old as Nature and as new as the creator of evolution. There is no end without a START, similarly no start without an END. It starts and ends with love both “YOGA and Nature”..... And LOVE has no end..... Old, but gold.