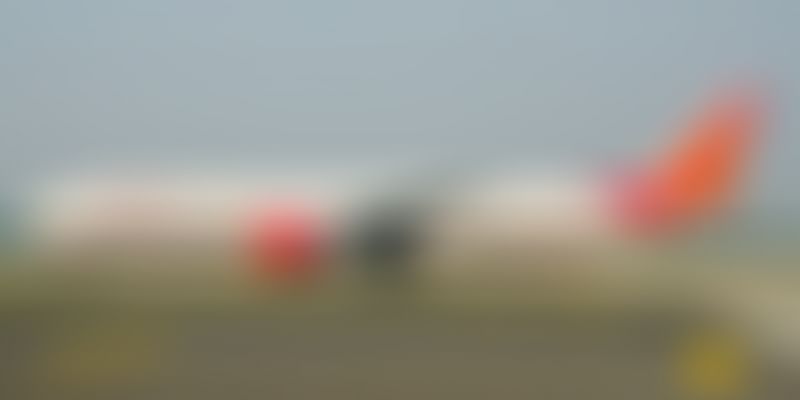 An Air India flight took off from New Delhi and circumnavigated the globe for fourteen-and-a-half hours before landing in San Francisco, making it the world’s longest non-stop flight. In a rare achievement, Air India's Boeing 777-200 aircraft took off at 4 am on October 16 from the Indira Gandhi International Airport, Delhi, and landed in California at 6 am the same day.

The flight flew over the Pacific Ocean, a record 15,300 km long route. The Atlantic route, on the other hand, is 13,900 km long, and, until recently, was the world's second-longest route taken by aircraft. The longest air route until today was the 14,120 km long route between Dubai and Auckland taken by an Emirates carrier.

Air India's flight manages to traverse a greater distance in lesser time compared to the previously used Atlantic route. A senior official of the airline told The Times of India, "The Earth rotates from west to east, and winds flow in that direction too. Flying west means facing strong headwinds (that decreases an aircraft's actual ground speed), and flying east means getting strong tailwinds, which does the opposite." On its return from San Francisco to Delhi, the aircraft will take the earlier Atlantic route.

Singapore plans to come up with a direct flight to New York, but the plan will take at least two more years to achieve realisation. Until then, Air India's Pacific route will continue to be the world's longest non-stop flight route.

Air India, which reported its maiden operating profit of Rs 105 crore in the previous financial year, has also announced a Diwali Bonus for its employees, reports Live Mint. This is noteworthy, given that the airline has made salary cuts since 2013. The company, however, continues to struggle. Air India's director (finance) Vinod Hejmadi said in a letter to employees -

"This release of ad-hoc amount should not be construed as an improvement in the liquidity position of the company. Air India will continue to require your wholehearted support in the coming months as Air India is planning to add capacity both in the domestic and international markets with the induction of A320neos and B787 aircraft."