[Tech30] Are progressive web apps the future of e-commerce and media? AntCrawl believes so 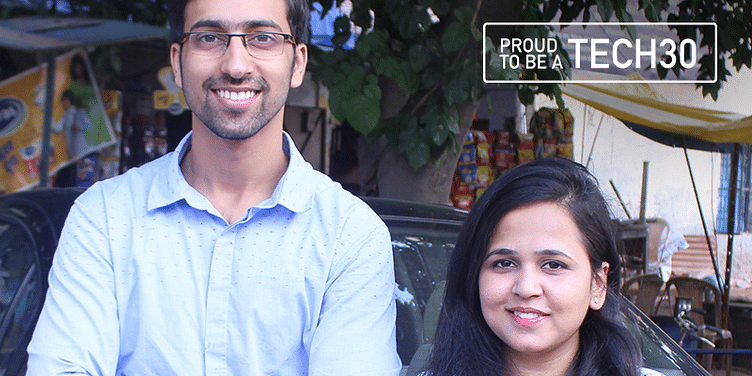 With instant push notifications and visually appealing user interfaces, mobile apps have been considered a richer experience than mobile web. But with mobile apps now numbering over one million and users having limited real estate and storage on their smartphones, the industry is at a saturation point.

Chatbots powered by platforms like Facebook Messenger are being considered the next wave of growth, but another likely candidate is the often overlooked Progressive Web App (PWA). The team at New Delhi-based AntCrawl Technologies believes that PWAs bring together the best of both the web and mobile apps, and is hence betting on this trend.

AntCrawl Technologies(now Widely) was founded in January 2016 by Anshuli Gupta and Himanshu Kapoor. Based out of New Delhi, Anshuli and Himanshu are tech enthusiasts and former colleagues who had previously worked in organisations such as Dell and Snapdeal.

Based on their experience in the industry, they knew that startups and even big brands face difficulties in building new technologies from scratch and then integrating them into their existing technology stacks.

They therefore saw a big opportunity in the content and e-commerce space for a cloud-based product for developers, marketers and businesses that provide plug-and-play PWAs. Talking about their flasgship product, Himanshu explained,

ProgressHive is a SaaS product that helps businesses build new-age apps that are connectivity independent, which means that the web app can work in low network zones and even offline. Other advantages of a PWA are that they require no installation, have an icon on the home screen, can send push notifications, and are available on all devices.

Flipkart Lite is an example of a PWA, and Anshuli and Himanshu note that a lot of large and small scale businesses are showing a lot of interest, as it could help them scale offerings to Tier 2 and 3 cities that are otherwise difficult to crack.

ProgressHive is currently in private beta and has so far been integrated by eight consumer-centric brands. At this stage, the team aims to go after content platforms and e-commerce businesses, before venturing into other use cases. AntCrawl has also applied for a provisional patent on their technology stack. Anshuli noted,

We are currently a small team of four, but have worked extremely hard this year to set a good base for our venture. We are confident that our product will be received well once we go public.

The company offers monthly subscriptions based upon data points usage. For up to 30,000 data points, ProgressHive is free to use, after which consumers will need to pay. Himanshu noted,

Anyone can use our APIs to create a PWA for free, we charge only for analytics, which are based on data points.

While charging for only analytics gives ProgressHive an opportunity to accommodate a large user base, the founders estimate that only about 30 percent of their customers may initially turn into paying customers (considering the 30,000 free data points). Anshuli, though, is quite confident that it will work out in the long term, as their focus is on disrupting and innovating in this space.

The team believes that many companies these days allow the market and competition to dictate their next move. Anshuli believes that many companies have mobile apps just for the sake of it. But analytics will help them judge different parameters like the number of articles being read offline and gauge actual interest from the end user, leading to the making of more informed decisions based on hard data.

With ProgressHive, the team aims to give companies the ability to deliver the best user experience without having to rely on a traditional mobile app. The part of the journey that is most cherished by Anshuli is, “Developing ProgressHive from scratch, and making it in India is also a proud thing for us as this is a purely technical feat accomplished with a small team. As a tech startup we're enthralled being part of YourStory's Tech30. Opportunity to showcase the world our product ProgressHive, is exciting and definitely one of the most important events in our startup journey.”

While chatbots have been a topic of interest among developers in the last few months, PWAs have also seen a lot of interest from niche players. Flipkart launched ‘Flipkart Lite’ in November 2015, after it had earlier shut down its mobile website to urge users to download its app.

On the global front, content aggregator Flipboard and legacy player in the media space The Washington Post too have been leveraging progressive web apps to reach out to larger audiences. Google too is playing its part to encourage developers to develop progressive web apps despite its ownership of Android.

Future plans and the YourStory take

AntCrawl’s current focus is on content platforms and e-commerce portals like listing portals. Going forward, the startup aims to launch more customisation tools and also focus on more sectors and markets based on feedback and interest.

Currently bootstrapped, AntCrawl aims to raise a seed round of funding to help them expand both their team and also their technological and other capabilities.

With a lean but strong technology team with relevant startup experience, AntCrawl’s ProgressHive is a solid bet from India pushing the envelope for Progressive Web Apps (PWAs). Players like AntCrawl will play a key role in making the web more accessible to the hundreds of millions of internet users to come in India.