[App Fridays] Inspired by Prisma, YourQuote aims to be ‘Instagram for Writers’ 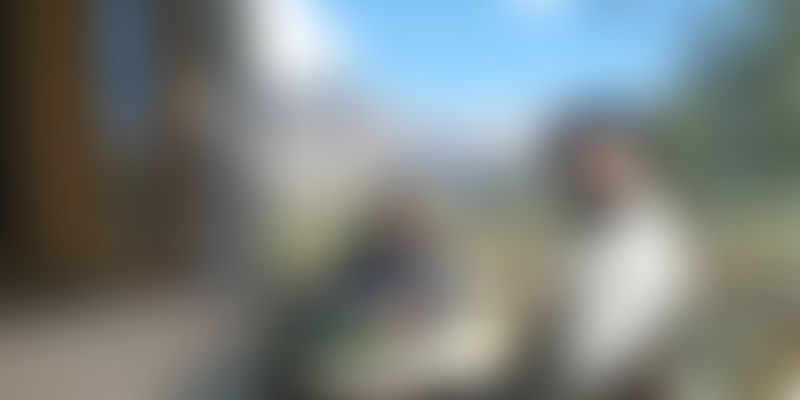 YourQuote is a mobile-first microblogging platform that lets users broadcast their words as images and retain better copyright control over them. The startup is positioning itself as an exclusive invite-only networking and broadcasting platform for illustrious writers. Users can post their quote or original one-liners, stories or poems, up to 1,200 characters, on beautiful wallpapers and garner a follower base with their creativity.

Cross-post across platforms: While users can build a network of followers on YourQuote itself, they also have the inbuilt option of cross-posting their quote images (With YourQuote branding) on all the major social media platforms to get recognition.

YourQuote Baba: Controlled by the YourQuote team, Baba functions as the central point in the app for major announcements and contests. Push notifications from Baba are turned on by default, but users can unfollow if they wish to.

YourQuote was founded in August 2016 by Harsh Snehanshu and Ashish Singh, who were neighbours at their hostel in IIT Delhi. Harsh is also a Young India Fellow (2014) and a published author with six books and 36 magazine features. He also has expertise in UI/UX and Photoshop. Ashish, on the other hand, is the techie with expertise in Python and Android.

The duo had earlier worked together on two other products — Flatabout and Wherabout  — but decided to discontinue them as they weren't able to achieve the desired product-market fit. Talking about Wherabout, a friend finder app, Harsh also noted,

Scaling became difficult without funding. Every city needed separate marketing and there was no internal viral element that was sustaining word of mouth marketing.

As a writer himself, Harsh had earlier co-founded thewittyshit.com, a venture to help writers gain recognition and monetise their creativity and quotes. That venture didn’t work out because of co-founder conflict and other reasons. After the fallout, Harsh had booked the domain, YourQuote.in as he always felt the urge to start another venture in this space but had been dissuaded by many that the market for such a segment was too small for growth.

But now inspired by the growth of Prisma, the app that transforms photos into artworks using the styles of famous artists, Harsh and Ashish realised that there was a similar opportunity for a platform that made quotes aesthetically beautiful with different fonts and a background. As a published author, Harsh also felt that he had a first-hand understanding of the space and not theoretical knowledge about the sector like his past ventures.

So Harsh and Ashish worked on the concept and pushed out a minimum viable product (MVP) in three weeks. At this stage in September 2016, they also decided to pack their bags and move to Solang Valley, located 6km away from Manali, to work on YourQuote.in without distractions. Harsh said,

We were disenchanted with city life and for our previous venture, had spent a lot of time talking to investors, which wasn’t always fruitful. By working out of Solang Valley, we aimed to focus solely on the product and also spend time talking to our users and tweaking it, based on their feedback.

Harsh noted that many of his friends thought that moving to a remote place, without the infrastructure that big cities offer, to work on a pure-play tech product was a bad idea. But in 2012, Harsh had embarked on a solo backpacking journey across India and knew the ground realities of Manali better. So the duo was able to find a guest house with a working internet connection at a good price and was also able to attract interns to work with them. Ashish said,

Over the past month, we got great feedback from users and were able to refine our product at a rapid rate.

The duo noted that on their journey from 40 odd users to their current run rate of 3,400 users. They mainly relied on word of mouth and social media marketing in the initial stages and have more recently also ventured into Facebook advertising to acquire users, cashing in on their FBStart credits. Also, in-app features like YourQuote Baba and cross-posting on other social media platforms has helped them gain users.

Harsh and Ashish are currently focussing on enhancing the app and not monetising it currently, till they achieve a certain user base. But Harsh noted that they aim to monetise the platform in the future through advertising and also by letting brands interact directly with writers. Harsh also envisions YourQuote.in becoming a platform to discover and hire writers, with a writer's quotes serving as their portfolio.

Social media platforms like Facebook, Instagram and LinkedIn have witnessed tremendous adoption and user retention. But the volume and variety of information on these platforms can make it a cluttered experience unless a user does a lot of self-moderation.

YourQuote aims to be ‘Instagram for Writers’ and platforms like Terribly Tiny Tales, a popular Facebook Group, have shown that there is a market for such initiatives.

Going forward, Harsh and Ashish aim to keep YourQuote as a mobile-only microblogging platform for writers, but with a web presence for consuming content and SEO purposes. Harsh explained,

YourQuote is for short form content, up to 1,200 characters which is ideal for mobile. Writers generally tend to be more verbose while working on desktop, so we don’t plan to launch a web version to publish content.

While working out of Himalayas has been a successful experiment so far, the team aims to return back soon before the winter officially hits Solang Valley. While users are happy with the current product, Harsh noted that the most requested feature was for an in-app chat feature, which they are in the process of releasing in the next update.

Harsh also noted that entrepreneurs should ideally focus on reaching out to users and try and avoid investors in the early stages, instead of vice versa which is a common rookie mistake among entrepreneurs. He said,“If you are building a pure-play tech company, then working out of a small town away from the distractions of a city is beneficial. Once you achieve product-market fit, then investors will run after you!”

YourQuote.in provides an interesting value proposition for writers to engage with their peers and learn from each other. The platform also provides a lot of customisation options for writers to post their quotes in different fonts with relevant background images, which makes them visually more appealing for consumption. The option to cross-promote on other platforms and the constant challenges and gyaan from YourQuote Baba also add to the appeal of the app.

In May 2015, Twitter announced that as a result of a partnership with Google, users would be able to see relevant tweets in their Google search results. YourQuote too has a similar feature which lets users find their YouQuote content online through a direct ' User name Quotes' search and in some cases reverse search(typing in the quote). While this feature may not win over users by itself, it is a good to have one. Also, YourQuote does make it harder for people to plagiarise as it is not possible to copy-paste and claim content as your own like on other platforms. In conclusion, YourQuote is a well thought-out and executed app for writers to push content and get the best out of their creative efforts.

You can download the app here on Android or iOS