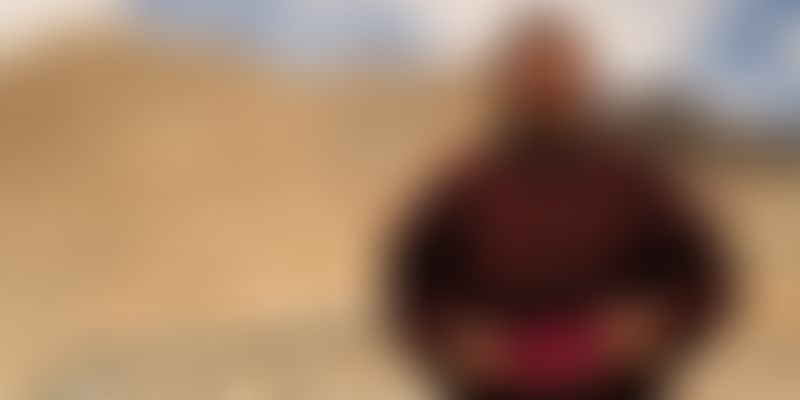 81-year-old Chewang Norphel was born to a middle-class family in Leh, Ladakh. After completing a diploma course in civil engineering from Lucknow, Chewang worked for the rural development department of Jammu and Kashmir for 35 years, before he 'officially' retired in 1995. His work, however, continues even today.

"There is scarcely a village in Ladakh where I have not made a road, a culvert, a bridge, a building or an irrigation system," Chewang told Rain Water Harvesting. What makes his efforts in rural development awe-inspiring is his ingenious approach to solving the water problem in the area.

"I realised that all the problems in the region were related to water. In most areas, it was scarce. In others, it was being wasted," he says. Villagers, who relied primarily on agriculture, couldn't get water during the spring season. During summer, when the glaciers higher up in the Himalayas melted and water could reach the area, the soil had become dry.

Climate change and global warming made things worse. Water shortage led to the rural folks leaving for cities in search of jobs, further destroying the rural economies and the communities that tightly held people together in the scarcely populated region of Ladakh.

While looking for solutions, Chewang, in 1987, spotted how a small stream of water had frozen solid under the shade of a group of poplar trees. The stream flowed normally elsewhere in the area. Chewang realised that slowing down a stream can help divert it into valleys, which will stay frozen for longer seasons of the year, thereby creating an artificial glacier.

“The best way to deal with this (water shortage) is the construction of clean, efficient channels. I noticed in Leh that water did not freeze in the channels, but did so in the thin iron pipes. As the pipes are made of metal and are very thin, they lose heat quite rapidly,” he told Point Blank 7.

Work began immediately, and continues till date. Chewang and his volunteers have built 12 artificial glaciers in the region, which have significantly recharged groundwater in the area, and are providing water to remote villages for irrigation.

The the length of these glaciers vary from 500 feet to 2 km, and they serve over 100 villages in the region. Chewang, who won the Padma Shri in 2015, and is dearly known as 'ice man' or 'glacier man', knows the fight is far from over. In order to continue his efforts to fight the problem of water shortage, Chewang has also made CDs that will help younger generations build their own glaciers.

Chewang Norphel, Ice Man's Dams in the Himalayas from Climate Heroes on Vimeo.