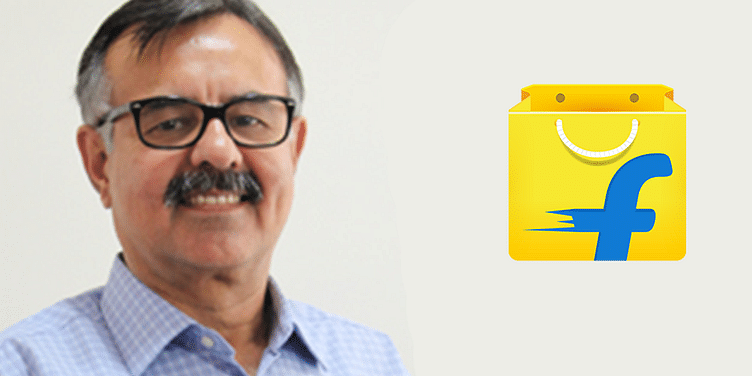 Right when Flipkart is reportedly in talks for raising funds and tying up with American retailer Walmart, their Chief Financial Officer Sanjay Baweja has quit the firm. A Flipkart spokesperson told YourStory that December 31st will be Sanjay’s last day at Flipkart, adding that Flipkart is on the lookout for a replacement for him.

Sanjay joined Flipkart in November 2014, before which he was CFO at Tata Communications. He had earlier worked with Xerox Medicorp and Bharti Airtel. He was also a seed investor in Lucideus, a cyber-security startup based in New Delhi.

Although there has been no confirmation on Sanjay’s future plans, the resignation is speculated to be a predecessor to his impending return to Tata group, which is undergoing internal restructuring starting with the sacking of Cyrus Mistry from chairmanship and Chairman Emeritus Ratan Tata taking charge again.

However, rumours abound about the firing in social media that Sanjay was made to leave the firm following a PwC forensic report. There have been tweets linking Cyrus Mistry's ouster from Tata Group to Sanjay's step down too.

@uni_con1 after PWC forensic report S Baweja was fired. C Mistry wanted to fire people at Tata Com bt was asked to step down without reason.

Sanjay’s stint at Flipkart was not the easiest two years for the company. In fact, they faced a double devaluation this year, and was reportedly facing financial crunch. Sanjay’s is the fourth in the list of high-profile exits from Flipkart this year. (Former) Chief Business Officer Ankit Nagori, Myntra Co-founder and head of Commerce at Flipkart Mukesh Bansal, and Chief Product Officer Punit Soni had exited the company earlier this year. Flipkart co-founder and COO Binny Bansal replacing his co-founder Sachin Bansal as CEO happened shortly before these developments.

The return of ex-CFO Kalyan Krishnamurthy (from Flipkart’s largest investor Tiger Global Management) a few months ago was seen as a major turning point for Flipkart at a time when they had to prove themselves in the face of fierce competition. However, with the recently concluded Big Billion Days Sales, Flipkart has established itself as the leader of the online commerce market, keeping its largest competitor Amazon India on its toes.