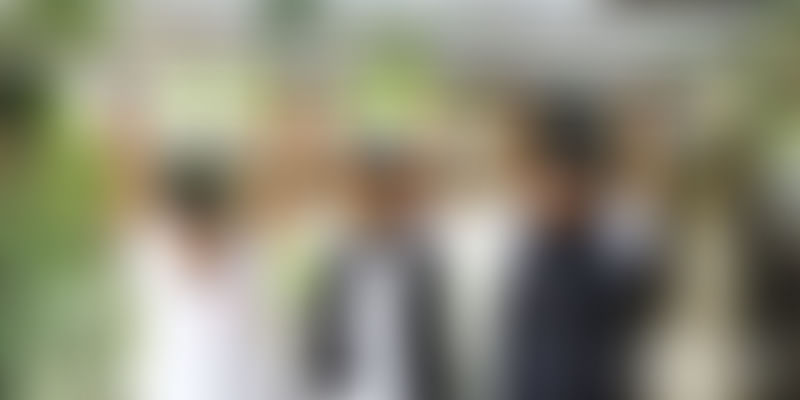 “When I was 15 years old, I built a wristband that could spin webs just like Spider-Man, it wasn’t strong but I was excited about it,” says Mohit Mamoria. By the time he was 18, he started his first organisation, which lasted for two years.

Next time around, Mohit decided to build something stronger and more impactful with Horntell, established with a vision of building the best push notifications for websites. However, in a year, the product has gone on to do mobile notifications.

A year back when we spoke to Mohit, he said:

“Apart from using notifications for marketing and promotions, we are also about enabling our users to do things with minimum friction. We do not simulate “push” notifications, we do the actual “push.” This means, that even if your user isn’t on the website right now, the notifications will be buffered and shown to him when he next visits the site, much like Facebook notifications.”

The reality today is different. He along with his founders had realised that notifications are more useful when they work in sync with your phone. On the website, there were Chrome limitations, and the team realised that they couldn’t possibly take the next steps of getting a person to take an action on the notification itself.

Horntell works as an Android SDK that sits on any app and not only sends notification to customers but also allows them to take different actions directly within the notification itself.

A world in itself

“Currently, in any notification that you receive, you can check the number of clicks it has, but with Horntell, you can check engagement, conversations, feedbacks, reviews, ratings, bookings and payments.”

Whatever you can do online by opening an app or a webpage can be easily done on the notification itself. The team takes five percent commission on every payment that they process.

On being Tech30 startup, Mohit adds the opportunity would help his team better understand the market. “Also, we always wanted to be a part of TechSparks and understand the space. And what better platform than YourStory to help us connect with the right partners of the ecosystem,” asks Mohit.

Horntell was launched in March 2015 and has over a hundred customers, each of which in turn have an average of over 50,000 end-users. The shift and transition from web push notifications to mobile notifications with different actionables began in February this year.

Horntell is part of Tech30 because of its strong team and the tenacity of the founders. The team has helped take push notifications to another level by helping people conduct conversations on the notifications itself.

“It has been open to the market for over six weeks now,” adds Mohit. The team is currently working with Quickstay, Airtel Logistics, Hello Topper, and are in a private beta with Paytm and Woo. Horntell is present across 150 devices and has close to 1,300 people on the waiting list, and they are looking at adding them slowly.

Currently, the Horntell team has it two founders – Prasoon Sharma and Mohit, and six other team members. Explaining of what they intend Horntell to do Mohit says:

We currently are working on live notifications, which will be intelligent enough to give a person the kind of preference he or she likes. For example, if you like a Harry Potter movie, the notification will let you know that the next movie is releasing, and would ask if would like to buy a ticket. However, the customer gets a choice of theatres, number and type of seats, and can book them from the notification itself.

According to a report by localytics, last year alone the number of people who enabled push notifications on their app was close to 14.7 times per month. This reportedly showed an over 171-percent increase in app engagement. Some of the commonly used platforms are iZooto, PushCrew, taplytics and even HelpShift.