How Income Declaration Scheme can have positive results for community 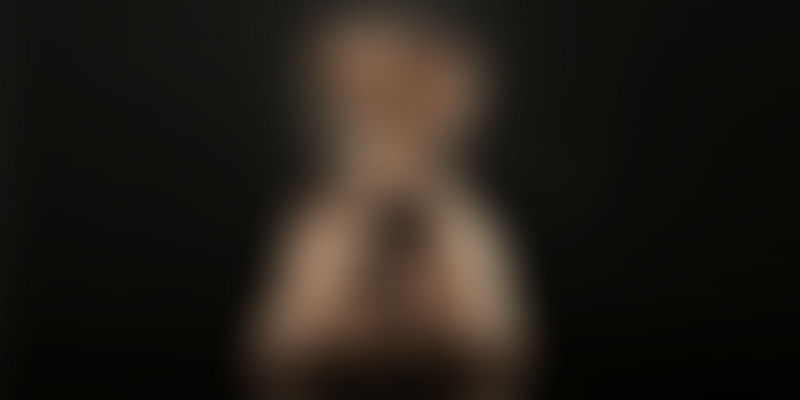 The Income Tax Department’s Income Declaration Scheme 2016 that just ended on September 30 has generated a whopping Rs 62,500 crore from those with black money, leading to tax windfall of close to Rs 29,000 crore for the government.

When such tax amnesty schemes are planned, one suggestion is that the money generated be pooled into a fund that bankrolls new businesses and ideas that make a huge difference to employment generation and self-reliance in smaller cities, which could have a very positive effect of even arresting incessant migration to the handful of large cities.

The IDS has been announced by the Narendra Modi government at a time when the opposition has been questioning the intention to fulfil the electoral promise of bringing back black money stashed abroad.

The one-time scheme has been widely advertised in newspapers and electronic media as a “no questions asked scheme that will be kept secret and easy way of converting it to white.” Those opting for it will also enjoy total amnesty as it will not be linked to either previous or future I-T declarations.

However, even as Rs 62,500 crore has been declared, many are wondering about the futility of this exercise, considering it does not contribute to further economic activity.

Koreel Lahiri, a keen observer of the startup space said:

The government of the day has not adopted out-of-the-box thinking where these declarations can help infuse funds into the economy to help the wheels turn and at the same time provide accountability for the government and conversion for those coming clean.

Koreel says smaller cities are in bad shape, but liquidity is high — both accounted and unaccounted for. Such undeclared monies, if declared, could be used to fund projects that are relevant to these cities. It will also take away a lot of burden from the government which can then allocate the funds in a better way.

“We have to incentivise hidden liquidity. For example, Allahabad : why can’t such mid-sized cities build an ecosystem that nourishes a variety of businesses like social, infrastructure, education, medical, consumer, entertainment, transport, information, etc. with this money?” Koreel asks.

Normally, such money is spent by the holder on real estate investments, consumer products, or entertainment abroad. Hardly any of it is ploughed back to be reinvested for the good of their own city.

Information gleaned from Income Tax Department reports suggests that the IDS was announced keeping in view a nationwide 90 lakh undisclosed high value transactions that have been tracked, of which seven lakh ‘highly suspect’ cases have already been identified. They are mostly real estate purchases where chances of undervaluation is very high as often the market rate and the minimum registration value is 50 percent to 300 percent lower, especially in high growth areas such as Gurgaon, Bengaluru, and Pune.

In Bengaluru, in many revenue registration circles, the minimum registration value is Rs 3,000 per sqft while the market price has gone beyond Rs 5,000 per sqft. That means a property worth 1,500 sqft in area has to be shown at a transaction above Rs 45 lakh while in reality the seller would have forked out Rs 75 lakh. The difference between the actual registration price and the market value would have been paid in hard cash. As an example, this is a small transaction, but officials who turn a blind eye also have to be paid hefty sums that depend on one’s hard negotiation skills.

While the market rate can easily be gleaned from advertised costs for plots, flats, and other forms of housing, the lack of transparency in real estate transactions is the culprit. “People arrive at a value and then work backwards on how to pay the difference between the actual value and the minimum government rate that’s fixed. That is a reason why the government has introduced a service tax which the sector is fighting,” says Ramesh.

Real estate is traditionally a good investment option apart from gold, which has hit a high of Rs 31,000 plus per 10 gm now, benefiting those who bought it at sub Rs 23,000 levels just a few months ago.

For the record, the Income Tax Department tracks all such transactions across India: real estate above Rs 30 lakh; Rs 10 lakh or more in fixed deposits; credit card transactions above Rs 2 lakh a month; mutual funds and bonds above Rs 5 lakh; and every new four-wheeler purchased.

An I-T officer on condition of anonymity said a high number of people engaged in the business of being professional politicians or running organisations connected to this profession form a large proportion of evaders. Next are those in the construction industry, those running educational institutes, mining, hospitals, fleet operators, followed by commission agents of all kinds engaged with businesses such as defence deals, company takeovers, exporters who file for exemptions, and those showing their profession as farming. “There have been more than 850 high profile raids on prominent people in the last year or so. Due to this active process, we expect 100 times the number to opt for this IDS scheme,” he said, but refused to give numbers on how many have opted for it so far while the scheme ends on September 30.

The only indication one can get is from the figures available with regard to advance tax collection which registered businesses and HNIs have to comply with. In the first quarter of this financial year, Mumbai I-T circle collected Rs 37,864 crore, Bengaluru Rs 21,488 crore, and Delhi Rs 18,460 crore. Though there has been an increase in the percentage of collection, it is not an indication that IDS may see a good turnout.

In Bengaluru, in a raid on an educational institution on September 27, cash worth Rs 265 crore was recovered which the I-T department is now claiming to be the single largest haul in hard currency.

According to the I-T department, in 2013-14, only one percent of the population paid taxes on their incomes. But the encouraging fact is that the number of those filing has been steadily increasing over the years.

However, reducing income tax is on everyone’s agenda, even those who end up getting felicitated as honest tax payers.

One lottery agent who was felicitated for being the highest tax payer in south India a decade ago had this to say: “When you are the highest tax payer, one really does not know if you are the highest. But, every person will try and hide some income or the other,” he had said rather honestly at the ceremony. That was when state lotteries were not considered controversial and north-eastern states were encouraged to hold draws as that money was being used for development of the particular region with buyers of small amounts spread across India.

In the same way, the illegal assets that are declared under this IDS sch can be used to fund local communities, ideas, and businesses.

The only thing is that the government should agree.