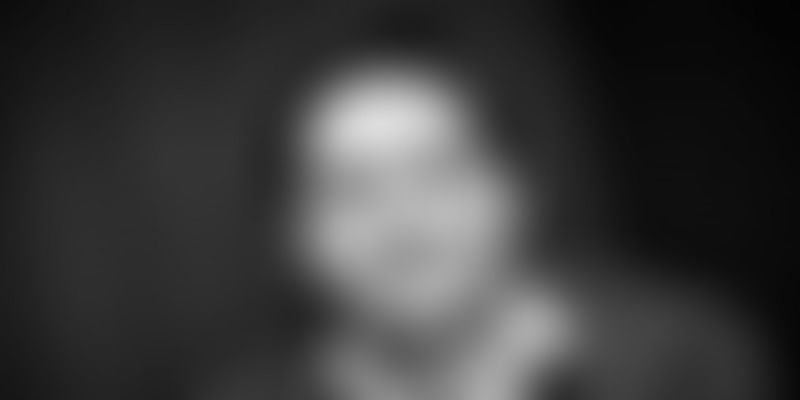 Curiosity might have killed the cat, but for serial entrepreneur Jai Aenugu, it led to a new business idea.

Having moved to the United Kingdom in 2007, Jai was always passionate about entrepreneurship. With excitement and a drive to make it big, his passion prodded him to start up in 2014.

However, still relying on his nine to five job for resources, Jai started a cashback and coupons website in India. Focusing primarily on restaurant deals, Jai says that the website saw decent traction, witnessing close to 300 daily visitors.

But entrepreneurship is filled with rough tides, and Jai got hit by a wave. In 2014, he ventured into a food startup with a good friend. The idea was to cook from home and create a marketplace for it. However, strict regulations and other issues didn’t allow them to scale the business.

Due to this new interest, the coupon business got ignored, and 2015 saw the shutdown of not one but two of Jai’s grand entrepreneurial aspirations. He says,

I screwed the startup spectacularly. I thought I would be a billionaire by now. But I lacked the knowledge about what it takes to turn an idea into a business.

While pulling the plug, a flood of thoughts crowded Jai’s head. Somewhere, he couldn’t understand where he went wrong. All those hours of hard work and dedication had added up to naught.

But Jai wasn’t alone. Just like him, the small port town of Aberdeen saw a lot of people clueless about the process of starting up. Sailing in the same boat as them, he came across the thought of bringing some method to the madness.

While searching for answers, between March and April 2015, Jai started a group on meetup.com called Entrepreneur Scotland. He says,

Also, most people in the city of Aberdeen got off work after five, giving them spare time for meetups in the evening.

Simultaneously, he also scuffed through other mediums, listening to podcasts, watching videos on YouTube, reading blogs and attending events. Strangely, he enjoyed speaking to other people and asking questions the most.

And this inclination led him to organising live fireside chats in the town, which further took the form of podcasts. He says,

“While hosting fireside chats, I realised that people wanted to hear more and understand more about entrepreneurship, hence podcasts as a format came across as an obvious step to take.”

Today, Entrepreneur Scotland has grown to more than 160 active members, and has regular meetups throughout the year.

Today, after having interviewed 100 entrepreneurs and published 74 of them, Jai’s podcasts called Entrepreneurs India have finally seen him rocket to fame. The Indian names include co-founder of InnerChef and GSF Accelerator Rajesh Sawhney and Inshorts founder Azhar Iqubal, among others.

According to him, the podcasts were charting on the top of iTunes for four months between the months of December (last year) and March (in the podcast category).

Having achieved more than 120,000 downloads, his podcasts are now a part of the iTunes India banner. Explaining the context of the podcasts, Jai tells us,

Focused on Indian audiences, these podcasts are aimed at very particular niches. People who have an idea but don't know what to do; those who are sitting behind the desk thinking they will one day start up; those who started up but need some motivation or need to know how others overcame challenges; those who enjoy a good startup conversation.

However, in a country where podcasts still aren’t a popular medium, how will Jai scale the entity? He says the plan is to be present where there are audiences present. Recently, he joined hands with Saavn Originals to stream and publish his content. Efforts are also underway to get onto Spotify to stream his content.

He is also contemplating launching an app, and already has a website called askJai.

But was it easy? Not really. Jai comments by saying,

If it was easy, everybody would be doing it.

Through his journey, what kept Jai running was the validation. The validation from his listeners; the idea that someone out there was getting impacted by his work. By January and February this year, a couple of people started writing to Jai all the way from Dubai and other geographies, sending across their suggestions and love for the show.

One comment read ‘Great passion and great mix of stories from different genres all told brilliantly’, while another said ‘Your Podcast inspired me a great deal’.

This inspired and kept Jai motivated throughout. After all, as he puts it,

Being there and asking the question was what mattered.

For his body of work, Jai also bagged the prestigious Elevator Award for 'Entrepreneurial Supporter of the Year' in the UK and is the only Indian in the entire history of the awards, spanning 17 years, to have received the recognition.

But the practicalities remain the same for the business.

At present, Jai earns zero revenues from podcasts and wishes to take the entity through the sponsorship route. Over the past few months, he has been approaching brands that he’d like to work with and has been getting a promising response.

However, he agrees that the term 'podcast' is an alien word to many in India, and it will take some time before these brands see the value in sponsoring them.

At present, his team includes just him and two people who work from India.

Jai does the editing, publishing and managing the website all by himself, while the virtual assistants look after Facebook and Twitter, and help him fix appointments with entrepreneurs. Available only for Apple users (on iTunes) at the moment, Entrepreneurs India podcasts get 80 percent of their downloads from India. Further, according to Jai, 75 percent of downloads are from iOS devices. One can download the iTunes app on their laptops and download the podcasts.

But he is positive that if launched for the Android market, he will be able to reach millions and millions of users faster.

Jai has also started to experiment with shorter formats for podcasts. From 30-40 minutes at present, he is trying to scrunch the time down to 15 minutes. He is also planning to launch his series '30 Days of Wisdom', where he plans to publish 30 great stories in 30 days. The focus will be on how the entrepreneur went from 0 to 1, with insights on how these entrepreneurs raised their millions and scaled globally.

Jai is sure that for the next few years, his focus will be India and Indian audiences.

But he has only one simple wish when he speaks to us about the venture- that one day, the world will listen to his podcasts and learn from them, just like he did.

His story is not one of rags to riches, or making millions from failures, but one of finding the simpler things in life, where failures matter, but what matters more are the joys in smaller things, stringing out your own passions from them.