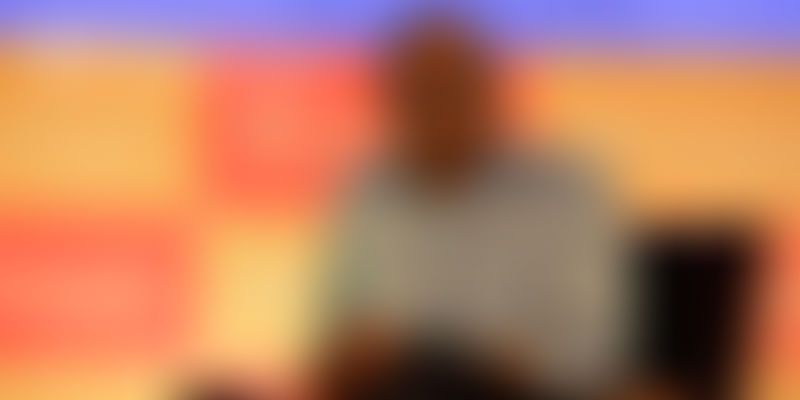 Like a Hindi movie hero, he jumped into the tiger’s den to fight the tiger on its turf. He came, he saw, and he conquered. Kishore Biyani’s Fireside Chat on the second day of TechSparks set the stage on fire in every sense.

Addressing a jam-packed hall of entrepreneurs and startup founders after his controversial statement against them recently was no mean task and only someone of Biyani’s stature could have been game for the brickbats that were sure to follow at a startup event.

In a Q&A with YourStory Founder Shradha Sharma, Biyani took every bouncer and hit it for a six. And though he confessed that one of his biggest failures was that the films he had made flopped, he came out a hero himself with six guns blazing.

The crowd lapped it all up and how. There were cheers and thunderous applause for sure, but there were some important lessons too that startup founders can take home and introspect.

A lot has been said and written about his reactions to e-commerce, but Biyani maintained that he sticks to food, fashion, and house as his core business areas because that is what he understands best.

Here are the excerpts of the conversation:

Shardha Sharma: Why are you anti-startups? Aapko kya khunnas hai? (What grudge do you hold?)

(Loud cheer and laughter from the crowd)

Kishore Biyani: I am not at all anti-startups. I have been one of the largest investors in startups. We have invested in more than 36 companies. For me, startups have to succeed. That is the most important thing. There’s the Sturgeon's Law that says 90 percent of whatever we do in the world is nonsense. So that is normal. But, I am of the view that startups should do value-addition to the economy and create economic activity. I think business should be created for the long term. Once you start making a business for exit you cannot create. There’s no greater joy than creation.

SS: Will you invest in any of the startups here if they approached you?

I do not understand anything that does not create economic activity.

(Loud applause) I think there are great ideas, but they have to convert into economic activity. What is the role of technology? It does three things in my view – reduces space, reduces time, and increases social interactions.

SS: You are an example of how to build a global Indian brand. What does it mean to create a brand in India?

KB: It is a challenge to know what a customer is thinking. India is changing. Trends are changing. It is a very complex market. So what we decided is what not to do. I am not an MBA. I attended post-graduation college only for a day. But life is the biggest teacher and so are people around you. If you think too much, you can’t do too much. Ignorance is an asset. Learn by doing and from people.

SS: A lot of people say that you have missed the technology, e-commerce bus.

We did not just miss the bus, we failed in it. We attempted to come back many times. We are attempting it again and think we will be successful this time. But if everyone in India wants to do e-commerce, who will do physical retail?

SS: The narrative these past years has been about funding and valuations. It is depressing. Kushi bhi hoti hai par dukh bhi hota hai ki hum peeche rah gaye (It is good news for the startup ecosystem, but one feels sad that one is left behind).

KB: Ab dekhiye hame kitna dukh hota hoga (now think how much depressing this is for us). (Laughter) I recall a couplet that can well be said by a startup founder to an investor: Waqt do mujh par kathin guzre hain saari umar mein, ek tere aane se pehle, ek tere jaane ke baad (I’ve gone through two most difficult times in my life. One, before you came and another after you left).

SS: Coming to the point. Because of the high valuations and fundings, there’s a lot of unrest in the market.

I believe that you get high valuations till the time the business is not understood. Confuse people as much as you can.

(Laughter) No, I am serious. If you understand today’s e-commerce models how can you fund them? (More laughter). In an e-commerce model, 20 percent is the customer acquisition, 20 percent is fulfillment cost, eight percent is technology cost, 48 percent is the cost of running the business plus the office and other costs. Which product will give you this little margin that you can never make money? It is like the saying Ganga nahaye kya, aur nichode kya (not enough of something).

SS: Being an entrepreneur how do you retain this kind of sense of humour and enthusiasm?

KB: I think job satisfaction is an amazing thing. Today, I opened a store in Ghatkopar. We saw a lot of customers coming in. Once you start building something and getting customers that joy is unbelievable and that keeps you going. I think we’ve learnt the hard way, but we have been lucky in many ways.

SS: Do you do self-reflection?

KB: One of the core values at Future Group is introspection. We have to keep on changing. I’m not the same I was 20 years ago and learning new things is a tough task. You need to constantly evolve.

SS: What is that one thing you would have done differently?

KB: I made two movies and both were flops. I want to make a hit movie.

SS: You’ve built new brands. How do you think about the future? How do you plan?

KB: I’ve kept the name of the group Future Group because the future never comes; it’s always ahead. We’ve created an interesting organisation design around creation and control (as in operational). So on a scale of zero to 100, creation is zero to one and running the business is one to 100. My daughter and I are more involved in the zero to one part and the one to 100 is looked after by professionals. We love the joy of building the business from zero to one.