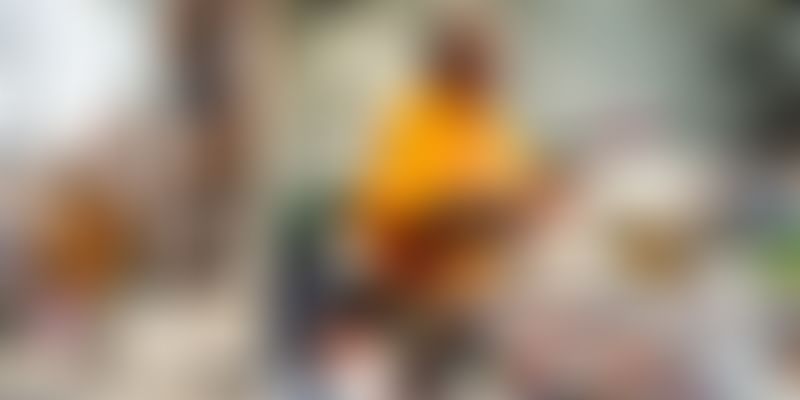 Omkar Nath Sharma is 80 years old. The Delhi resident is popularly known as the 'Medicine Baba', as he voluntarily collects unused medicines from people and distributes them to the poor free of charge. He has been doing this for the past seven years.

Omkar retired as a blood bank technician from Kailash Hospital in Noida, Uttar Pradesh. He started collecting medicine after a shocking experience he had in 2008, when an under-construction metro bridge collapsed in East Delhi, killing two labourers and leaving several more injured. After witnessing how under-equipped the public hospitals were, and how unaffordable treatment is for poor labourers, Omkar decided to start his own little supply chain.

"It feels great to see him in my locality, asking for unused medicines. This is a commendable service and nobody else seems to be doing it," Richa Jain, a resident of Malviya Nagar, told The Hindu. “The best places are the middle class and lower middle class neighbourhoods in government colonies,” said Omkar, adding that residents living in 'posh' areas rarely donate anything.

What makes Omkar's act commendable is his own struggle for survival. He lives in a rented room with his wife and Jagmohan, his 45-year-old mentally challenged son. Crippled at the age of 12, Omkar walks around five to six kilometres every day, as he cannot afford the Delhi metro. He starts from home at 6 am, and commutes across Delhi in buses using his senior citizen pass. He walks to the remote areas where buses don't take him.

"I distribute medicines worth Rs 4-6 lakh every month," Omkar told DNA. Over the years, with media reports published on him, 'Medicine Baba' has gained popularity. Kind citizens have established collection boxes in places like colleges and temples where people drop medicines they don't need. Omkar is now helped by his son and an employee. He, however, makes no money and continues plying the streets with a sense of pride. In his own special way, he has helped make Delhi a kinder, happier city.