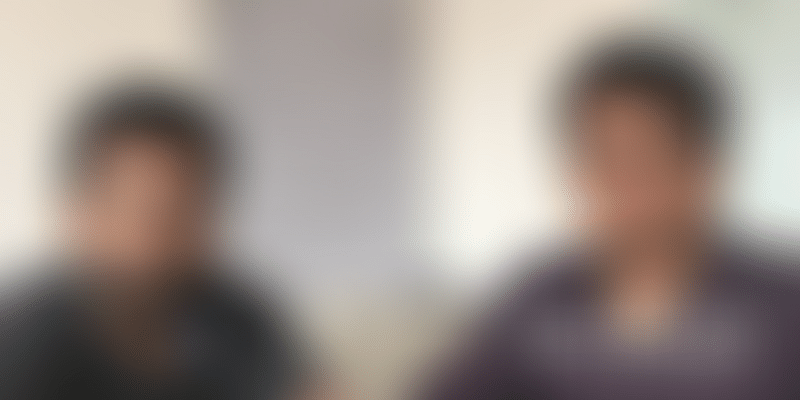 With 95 percent of India’s population on the platform, the Aadhaar scheme has revolutionised the way a citizen’s identity is authenticated. Figures submitted to the Prime Minister’s Office suggest that in March, close to 130 million people used Aadhaar to authenticate their identity and receive benefits.

Now, Gurgaon-based startup OnGrid is leveraging the power of this unique Indian mechanism and taking it to the next level.

The startup was co-founded by IIT alumni Piyush Peshwani and Vineet Bansal, and the two have experience in working with financial majors like Ernst & Young, Deutsche Bank and HSBC in their previous roles. In fact, Piyush worked in building the Aadhaar platform from 2011 to 2013, working on the enrollment and authentication processes.

Building it for the millions

Launched in May 2016, OnGrid is building a unique mechanism linking an individual’s data, history and documents to their Aadhar number. Making this information interoperable and portable, the firm aims to make background checks of individuals faster, more accurate and cleaner than ever before.

Currently focused on the bottom of the pyramid, Piyush believes that unlike the white collar sector, blue collared workers in the country don’t have a digital profile. Further, he adds that of the white collared segment, only 37 million employees have their profiles online on LinkedIn, leaving out 91 percent of the workforce in the country. He adds,

While working in the blue collared segment or the unorganised sector, there is no way an employer can check the background or profile of a certain candidate. These could be your delivery boys, office boys or executives at retail stores. Further, this not just adds friction to the process, but also does not give a fair chance to these candidates.

Currently focusing on the realm of careers, this B2B solution adds a true identity layer to an individual and gets enriched as they move around in the ecosystem. For example, based on a candidates’ 12 digit Aadhaar number, businesses subscribed to the solution can request OnGrid for basic verification of the candidate. The spectrum of verification ranges right from his local address and digital verifications (Driving License and Voter ID) to scanning all the way through his police and criminal records. The firm aims to bring transparency to the process.

Further, the solution allows employers to update information about an employee’s bad behavior or misconduct to their digital profiles, if needed.

At present, the mechanism is not individual-driven and works on basic profile creation by employers for their blue collar workforce. However, moving forward, the firm believes that individual profiles will be driven by these candidates. Piyush adds,

This is almost like your social security regime in the US, where your security number has all the historical information about you. Therefore, the quality of the ecosystem automatically goes up.

Within three months of operations, the solution boasts of having 20,000 people on its platform. The firm already has more than 30 clients on board, including names like OYO Rooms, Grofers, Myntra logistics, Reliance Retail, Delhivery and Shadowfax.

Working on two models, OnGrid charges its B2B customers based on the varying use cases.

First is the transaction model, where the platform charges the client based on the information requested by them for a particular individual. This can be basic digital checks, which cost around Rs 2 to Rs 10, or police verification and criminal checks, which can go up to Rs 199, excluding the government charges for accessing this information.

Second is the hiring marketplace, where the firm helps employers connect with the skilled talent in the unorganised sector. Charging a monthly subscription of Rs 1,000, founders say that the price can fluctuate based on the demand and supply of labour on the platform.

Piyush says that the beauty of the mechanism is that once an employer has paid for certain information, details would be freely available to the next employer, saving them the cost of getting charged for those particular details.

But the vision for the co-founders is much larger in scope. They aim to make the mechanism so mainstream that the first thing an employer asks a candidate is their Aadhaar number.

However, the company seems to have touched just the tip of the iceberg, with several use cases to their proprietary mechanism.

So, why is OnGrid a Tech30 company?

Built on the strong foundation of Aadhaar, which has crossed the one billion mark in enrollments, the platform is building a digital trust network, which is an important requirement for both today and the future.

The real answer lies in the empowerment that OnGrid’s technology brings to the bottom of the pyramid. In the normal scheme of things, the blue collar industry primarily works on references and face value. Now, OnGrid’s solution empowers everyone with the possibility of their claim for a job being based on their past achievements and hard work.

Piyush and Vineet believe that being part of the Tech 30 will help them gain visibility and connect with more startups in the space to ensure better transparency.

Although the company still has a long way to go, it’s hard to miss the potential disruption OnGrid can bring about if everything goes according to plan.