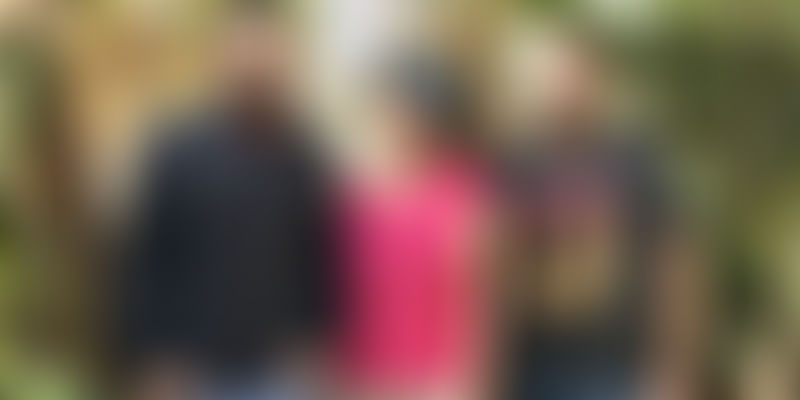 It was quite difficult for software engineer Karan Jassar to ascertain why his wife, an entrepreneur, found it so hard to market products. Sahiba Sandhu used to design and sell sterling silver baby gifts on eBay, and ran an online store for about five years. What always posed challenges for her was the lack of an effective marketing tool.

The agony at not finding an effective, easy-to-use and reasonably priced marketing tool prompted Karan to look into the matter. In 2011, he left Yahoo and decided to address this issue. After a year of ground work and research, Karan, along with his wife and Sakhil Chawla, started OrangeTwig in October 2012 to help small online sellers promote their shops on social media. The platform was officially launched in August 2013.

OrangeTwig automates social media marketing for e-commerce sellers, thereby enabling them to promote shop sales and discounts. A separate toolkit has also been developed for marketing on Instagram.

Here is how it works

For shop promotion, one needs to choose products, sale dates and discounts, with OrangeTwig scheduling the sale and promoting it on social media. Now, how do you lure buyers to the store every day? By putting one item on sale each day and offering exclusive deals to social media followers. OrangeTwig’s auto-pilot feature posts the products on social media on an everyday basis.

OrangeTwig also reduces the hassles of marketing products by creating a marketing plan, which encompasses showcasing products in attractive layouts, customised content, optimised posting and a comprehensive calendar (where one can view and edit upcoming posts). The Instagram toolkit (the hastag research tool) helps get recommendations by sorting tags into specialised lists.

"Social media is a visual medium, but many small business owners lack the knowledge of tools like Photoshop required for the design of visually compelling graphics to market their products. Our USP is simplicity - a seller needs no technical, design or analytical skills to use OrangeTwig,” says Karan.

From friends to founders

Sakhil Chawla met Karan at a social gathering and decided to pursue a collaboration. Already bitten by the entrepreneurial bug, Sakhil is a BE in Computer Science from Thapar University and worked in SAP for one and a half years. Before OrangeTwig, he started opkar.com, but shut it down owing to lack of traction.

Karan is an MS in Computer Science from the University of Southern California, the same university from which Sahiba received her MA in Communication Management.

OrangeTwig was initially bootstrapped with Karan’s personal savings. At a later stage, they raised $50,000 from Juan Benitez, GM of Braintree Payments, who is also an advisor to the company. Now, they have raised $1 million from an undisclosed investor, along with an additional $75,000 from a close friend.

The startup follows a SaaS model to generate revenue, with SMBs paying between $10 and $60 per month. The margins, according to Karan, like for any other SaaS product, improve with the acquisition of more paid customers.

“We started charging earlier this year. Previously, we were in beta and the product was free,” says Karan.

Today, more than 18,000 small businesses use the tools provided by OrangeTwig. The startup’s target customers are online sellers on marketplaces like Etsy or on platforms like Shopify, WooCommerce and Ecwid. The user base is claimed to be predominantly from the US, with the rest coming from Europe, Russia, Latin America, Australia and South East Asia.

The Delhi-based company has a team of eight, with plans to scale up to 22 in the coming months. Since the startup is working on launching an enterprise offering, the primary focus will be on building the sales, marketing and engineering teams.

For the enterprise offering, OrangeTwig is in talks with a large retail brand in India about its technology empowering social media marketing. Karan says, “We will help them drive relevant traffic to relevant products as well as improve the ROI of their ad spend on social media. We are hopeful that we will announce our partnership sometime in Q1 2017, as a lot of the details are still being worked out.”

A growing number of emerging startups in India are exploring myriad avenues to promote products and services and gain organic traffic. The five basic platforms that stand out in terms of marketing a new business are Facebook, Twitter, LinkedIn, YouTube and Instagram.

According to the ‘Social Media Marketing India Trends Study 2016’ by EY, Facebook and Twitter are the most popular social media platforms for brands to be present on, followed by YouTube and LinkedIn. Instagram, meanwhile, has also gained significant popularity, with 60 percent of the brands surveyed leveraging Instagram as a crucial social media tool.

The study also revealed that over the last three years, the social media marketing spend has increased from 16 to 31 percent of the overall marketing budget for the companies surveyed.

“We don’t have direct competitors in India. Globally, we compete with multiple companies like Buffer, Canva and Latergramme. One key differentiator is that we focus exclusively on e-commerce,” says Karan.