Facebook and Oculus are making science fiction a future reality 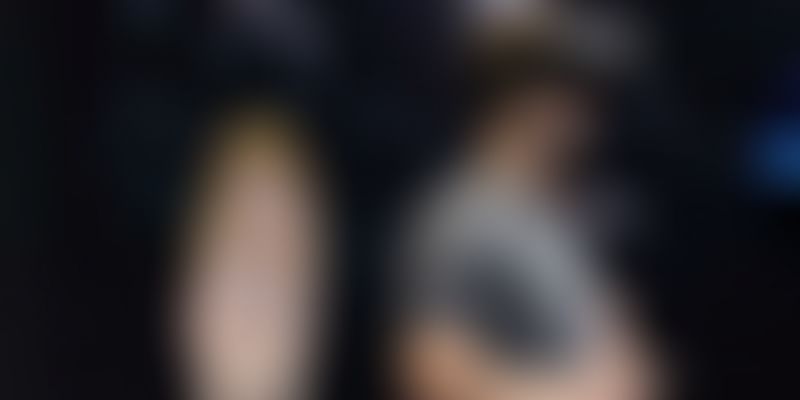 “The ultimate vision is that we won’t need a user interface.” - @D_Asterra

This tweet floated across my timeline, a couple of days ago and got me thinking. What is the future of user interface? How will we communicate to and through machines? What is the real interface of virtual reality?

“The vision! We might not need a visual user interface. But interfaces shall exist, in some form of the other.” - @SparklinGuy

Mark Zuckerberg kickstarted this year’s Oculus Connect (October 6) with a VR demo in San Jose, California. The demo was crazy to say the least! It has offered multiple offerings for a better (virtual) future and endless possibilities from thereon. The best of all could be what we call a VRM. But more on that, a little further in the story.

“Way too much time spent on air travel + taxi + meetings. Why can’t people get on to a Skype chat and close things?”  -  @Krisnair

Skype has been our virtual meeting option for over a decade now. And for long, we pinned our hope on this concept to gain a worldwide acceptance.

Virtual meetings are the video form of emails! They are linear, mechanical, restrictive and hardly humanised. There is too much back and forth. It takes a good amount of effort to explain the smallest details. The restrictiveness of a flat medium adds to misery. Yet there is hope!

Imagine a virtual space where all the meeting participants could huddle up to have a design discussion. This virtual space mimics the possibilities of an in-person meeting.

There is a surface to write and draw on - all participants can contribute simultaneously. Everyone is seated or standing next to each other. They can hand over the marker to each other. If required, one can walk up to another participant for a one-to-one discussion.

They have a common table to put their notebooks and phones on. They can observe each other’s reaction and body language. Virtually, it feels like breathing in the same, common room, almost close to reality. If this ever does happen, these VRMs will possibly solve a big pain point. Here is me waiting for a Virtual Reality Meeting to get real!

I have been a science fiction fan and the inventions of science fiction writers. They seem to think of future and show us apparent possibilities, way before an expert could attempt them.

One of the most influential science fiction stories of all time, Hugo Gernsback’s ancient serial Ralph 124c 41+ introduced a device called the “telephot” in 1925. It was essentially a device that combined the functions of telephone and television - a Video Phone. Language translation was an addition, operational by using a dial control.

Stepping to the Telephot on the side of the wall, he pressed a group of buttons and in a few minutes the faceplate of the Telephot became luminous, revealing the face of a clean-shaven man about thirty, a pleasant but serious face.

As soon as he recognised the face of Ralph in his own Telephot, he smiled and said, “Hello, Ralph.” “Hello, Edward. I wanted to ask you if you could come over to the laboratory tomorrow morning. I have something unusually interesting to show you. Look!”

A fictional novel in 1935 by Stanley G. Weinbaum suggested an idea of a pair of goggles (Pygmalion’s Spectacles) that helped one to experience a fictional world through holographics, smell, taste and touch.

A documentary filmmaker and inventor, Morton Heilig, patented a gadget called Telesphere Mask in 1960. As probably a first attempt at head-mounted display, the mask provided 3D images and stereo sounds.

With the coining of term virtual reality in 1987, advancements continued with multiple VR attempts made by the likes of Sega and Nintendo. Two decades later, Oculus made a friendly rift of $2 billion through a humble Kickstarter campaign to raise $2.5 million. History was just about to be made, virtually!

Back to the Demo at Oculus Connect

As mentioned earlier, the demo was crazy! Amongst the 190K (and growing) comments on Mark’s post about the video featuring the demo, this one by Isaac was crisp and proposed a future virtual reality.

I like what you’re doing Mark but, it’s actually de-socialising society. It’s going to get to the point where people would have no reason to leave the house.

The demo seemed to be in its preliminary stage. There was hardly any reveal on it being commonly available for all us to play with or use it professionally. Though when it does come out with a ‘pro’ version and is available to all of us to work with, it might change the way we communicate, work and even live!

VRMs may become a reality! One might not need to commute to and fro for over three to four hours to office. Our homes might become the offices we always wished for. No commute to meet our friends either. World might shrink - science fiction stories might just come alive! Is all this for humanity’s good or bad ‑ only time will tell, with humans using or abusing the possibilities.

In Mark’s words, it was the first live demo in VR. At the Oculus Connect event, Mark went virtual with two of his friends, Lucy and Michael.

We are in Virtual Reality right here at Oculus Connect! — Mark Zuckerberg

Michael exclaimed that his avatar version looked a lot like the real him. Mark was quick to add that even though they’re cartoon-ish, it’s easier to understand their expressions. These avatar versions could move their bodies, make eye contact, move mouths (and chat bubble turns blue) to indicate who is talking, they can express themselves with emotions like smile or look surprised. They could also point to one another with their hands to indicate a focal point.

Why did you make me look like a young version of Justin Timberlake? — Mark Zuckerberg

I really like the way Mark presented the VR system as something that puts people first. In an app or a platform, we will have to go through linear options to choose from. Though with virtual reality, it’s an open space, just as our life - we are free to do what we want.

In split second, VR moved all of them from centre stage to bottom of the ocean with sharks swimming around to Mars to a Facebook office to Mark’s house. Mark was able to stay put on the stage and yet virtually travel to his house to check on his dog Beast.

The idea is that virtual reality puts people first.

They were able to play a game of cards, virtually, just as good as they would, if they were sitting in the same room. Board game not your thing and want to try something physically active? How about a game of Fencing?

The most surprising moment of the whole demo was when Michael drew his own 3D fencing sword. Would it not be fantastic to be able to draw things like that? Virtual and super fast 3D printing! They also demo-ed a virtual, a video watching option that can be pinch-zoomed to their own private movie theatre.

Mark was able to answer his wife’s Facebook Messenger call virtually and include her in their virtual conversation. Through this virtual call, Priscilla, Mark’s wife, was able to see Beast virtually and check up on him. Getting interesting, isn’t it? To top it all, Mark took what he called a modern-family-selfie that of course, included him, his wife and his dog. But mind you, none of this was a reality. The whole selfie was a VR — with Mark’s avatar, Priscilla’s virtual call and Beast being virtually present in the background.

This was all a seven-minute demo by the team at Facebook and Oculus. And yet, it gives a great insight into future, possibilities and life, as it evolves further with design & technology. The next is just a demo away!