Marriage does not mean a full stop to career - Shweta Jain 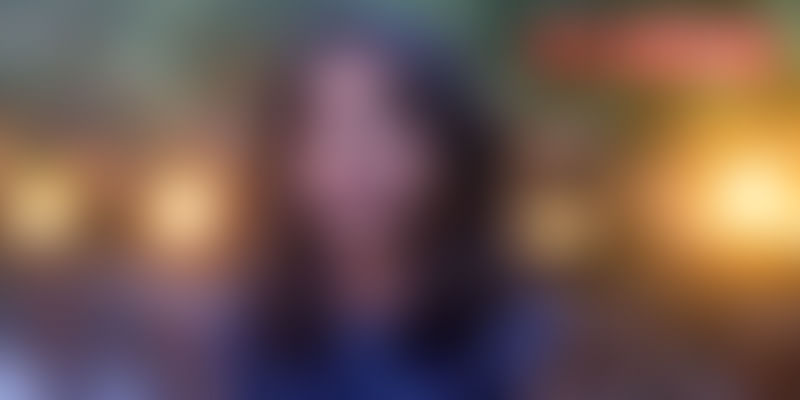 My first interaction with Shweta Jain was during one of our sessions at The Vedica Scholars Programme for Women. I remember it was a post-lunch session on a hectic weekday when she walked into the classroom clad in a turquoise dress, her block heels click-clacking. It didn’t take long for the class to be taken in by her vivaciously dynamic personality. As a very marketing-curious student, I was completely enthralled by her invigorating session and unconventionally inspiring story of having negotiated sectors like advertising, e-commerce, and liquor in a career spanning 18 years. Getting married and starting a family posed challenges to her career, but she never quit working, returning to work post both her maternity breaks.

Today, she is the Head of Marketing at William Grant & Sons, the world’s third largest whiskey producing brand.

20 years ago, while I was pursuing MBA, people would tell girls not to fight for a placement, because four years down the line we would get married, then become mothers and eventually give up,

says Shweta, who, contrary to expectations, went on to become successful.

Hailing from Bhopal, Shweta persistently fought all stereotypes against women and made a name for herself. Her story is one of hard work, determination, and persistence.

Shweta had her battle chalked out early on. “In a batch of 150 students, there were only nine girls. There was practically no difference, with regard to the capabilities of both the genders, but somehow conversations would always revolve around why girls shouldn’t fight for a great job package because they would eventually give up their careers. That’s when I knew that this would be a constant battle, which I will consciously have to fight. Being serious about a career, I knew I had to make it happen for myself.”

She started off her career as an account executive with Rediffusion Y&R. Since then, she has taken up multiple challenging roles and has lived up to them. She worked with Gillette in 2001, and later went on to handle Gillette’s account during her stint at McCann Erikson. From being associated with Gillette for seven years to holding important roles in spirits brands Pernord Ricard & William Grants and Sons, she has always been unconventional in her job roles. Heading the marketing division of a spirits brand in the male-dominated alcohol industry is no piece of cake, Shweta says.

We are all fighting perceptions. As a woman leader you may see yourself as different; however, it’s the perceptions around you that get to you. Both men and women have to balance work and life, however, a woman is at the receiving end of prejudiced approaches more than men because of the stereotypes we are all used to.

Shweta was working with Ogilvy & Mather when her first child Aarav was born and returned to the workforce after a maternity leave of four months. She recalls being on her feet even a day before he was born. As a mother, she was apprehensive of someone else taking care of her child even within the family as she had set notions about how he should be raised.

“I had a whole view of how he should be taken care of, but you cannot expect somebody else to raise your kid the way you want them to. It is their choice to make. I conditioned my mind not to be bothered by those factors.”

“In India, the biggest advantage is the support of family. My in-laws lived nearby; therefore the nanny would take my son to their house.”

Having kids adds to the challenge of time and work-life balance management. But having clarity about her goals has helped make it happen for her.

Her belief in continually challenging herself and not succumbing to comfort zones led to her stint at Pernod Ricard. The prior experience she had at Gillette helped her in setting up international brands there.

Then again, when Shweta delivered her second child, people assumed she wouldn’t return to work, despite having a proven track record. The mother of two, who is as dedicated to her career as to raising kids, says, “I always found ways to make it work for me, even when the environment or the attitude of the people wasn’t favourable.”

Her role at Pernod Ricard was very dynamic and required a lot of travelling. But in the seven years that had passed between the births of her children, she found that a lot had changed.

Although there is still a long way to go, she feels the mindsets of people working in male-dominated industries are definitely evolving. People have become more tolerant and accepting of diversities.

Trade-off is a part of it

Shweta did not have everything her way and though she did not make sacrifices for her children, there definitely were many trade-offs. Her maternity leave was considered a leave of absence and cost her a major job promotion as well. There were days she slept for less than five hours but ensured she got up to send her children to school. From completely ruling out relocating to certain geographies when they were young to letting go of some promotions, she has always had to work hard to maintain the balance between her personal and professional life.

Managing both work and family

Even though she cannot be physically present all the time, she has leveraged technology to ensure

Shweta says, “FaceTime is a saviour. I use the transliteration keypad to communicate with the nanny and send her recipes in Hindi. The nanny clicks pictures of my children’s homework and sends it on WhatsApp. My son emails me when I travel abroad for work.”

Her children appreciate her work and constantly encourage her to perform even better. She reminisces that before she had joined William Grant & Son, her then 11-year-oldson Aahan did intensive research on liquor brands, and asked her to work on making it even more successful.

She says that working mothers need a supportive ecosystem and should build it for themselves. Household help should be treated a certain way to make it happen.

“Invest in nurturing household help as your own family members. If they are with your children, then an additional pound of ghee consumed should not bother you. Give them Sundays off and they will stay caring to them for the rest of the week.”

Shweta feels that work-life balance during the initial years of career is a myth. Those are the defining years, and there is a plethora of opportunities to go out and grab on to. But again, things aren’t the same as when she started out in the workforce.

“A lot has changed since the day I started out. People have become more tolerant and accepting. One can choose whatever they want to be. One can run a coffee shop or have a conventional job; there aren’t any reactions. That’s also because we as women are no longer reacting to these things the way we used to.”

She says communication has made it possible for her to ensure a balance between an extremely demanding job and two children. She believes in maintaining transparency with her colleagues about her availability and non-availability.

Passionate about travelling, Shweta says that it is absolutely non-negotiable on her calendar. It rejuvenates her. She suggests that everyone should have a passion, which they personally enjoy and helps them break the monotony of routine life.

Shweta credits her supporting husband, who is also a batch mate from her MBA days, for her success. He has been an equal partner to her and backs her career by adjusting his travel. The very candid, unconventional Shweta says, “It takes two to make one. My husband has never batted an eyelid that my professional focus area has always been upwardly mobile urban men.”

That is the kind of supportive ecosystem we should build.