Who did majors like Snapdeal and Paytm hire this week? 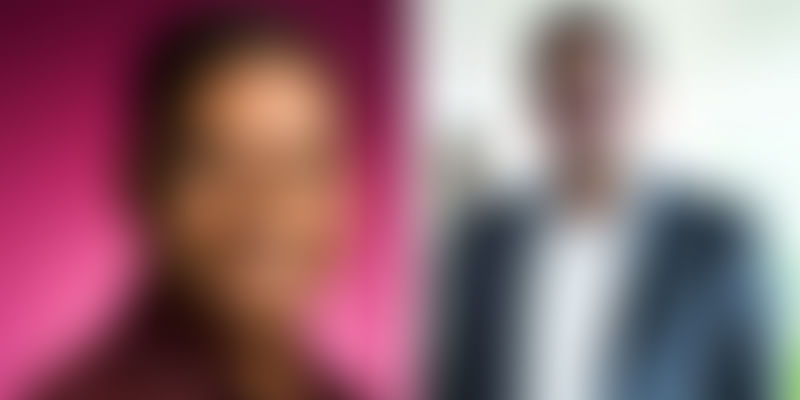 For the third week in a row now, Snapdeal aggressively turned to the market to strengthen its top leadership.

From hiring an ex-Google global communications executive as the vice president of corporate communications last week to promoting a new supply head the week before that, the e-commerce marketplace has made it clear that it intends to invest heavily in putting together the right team to get the desired traction going in the market.

This week, Snapdeal had another industry veteran joining the senior leadership. Apart from them, we take you through the personnel reshuffles in the world of startups this week:

On Monday, Snapdeal announced the hiring of Pradeep Desai as its Senior Vice President- Engineering.

In his new role, Pradeep will be heading the team that builds Snapdeal’s logistics interventions, helping in creating frictionless delivery experiences.

Having 14 years of industry experience, Pradeep was leading product and engineering functions at Groupon. He was looking into aspects of the business that dealt with logistics management, seller and interface experiences. Prior to that, Pradeep was at Amazon, where he worked on logistics, advertising and marketing.

Taking to social media, Paytm head Vijay Shekhar Sharma on Thursday, shared a clip of Amit Singhal, ex-head of Google search. The tweet was captioned “Getting ready for announcing something new and big”.

Later in the day, Paytm announced that Amit would be joining the board of the unicorn as an additional director, lending his technical proficiency to the company.

In a statement, Vijay said,

Amit is a pioneer in the technology industry, and we are incredibly excited to welcome him to Paytm’s board. We believe his strong expertise in Artificial Intelligence and experience in building large, deeply technical teams will be extremely valuable to Paytm as we continue to grow rapidly.

The next big thing that seems to be on Paytm’s plate are the much awaited payment banks, for which Vijay got the license last year.

The architecture will involve connecting farmers, vendors and retail channels to the main system. It will also involve real-time data and assets tracking, visibility and automated tagging of inventory in offline systems, reducing and optimising time-to- consumer from farm and a demand forecast engine, among other things.

Before this, Ankur was a part of the core team at mobile payments company MobiKwik, where he had built the company’s scalable technology, supporting lakhs of transactions per day.

After being with InMobi for six and a half years, company executive Ankit Rawal has now moved on to mobile advertising startup GreedyGame.

His LinkedIn account states that he has set up InMobi Africa, as well as built an agency team for India and online sales for APAC and Japan at InMobi.

Joining as Vice President, Revenue at GreedyGame, he will be managing the entire business while working with brands as well as agencies to monetise the tech and looking at P&Ls for the company.

He has been a part of the mobile economy since 2009.

Vikas Purohit, former head of Amazon’s fashion vertical, has joined Tata CliQ as their first Chief Operating Officer, according to The Economic Times.

Reporting directly to company CEO Ashutosh Pandey, Vikas will spearhead the commercial and seller management functions of the business.

With Amazon for two years, and then joining Paytm as the Senior Vice President for their payment bank, he has also worked with brands like Reliance and Tommy Hilfiger.

On Wednesday, it was reported that Aashish Bhinde, executive director at Avendus Capital, will quit the firm for a sabbatical.

Aashish had advised on more than 60 transactions, worth a whopping $3.5 billion combined. Among these deals were BookMyShow’s $82 million fund raising and Jabong’s $70 million sale to Flipkart.

With more reshuffles in the pipeline, the coming weeks will be an interesting testimony to how bigger players like Paytm and Snapdeal are determined to hire in the industry.